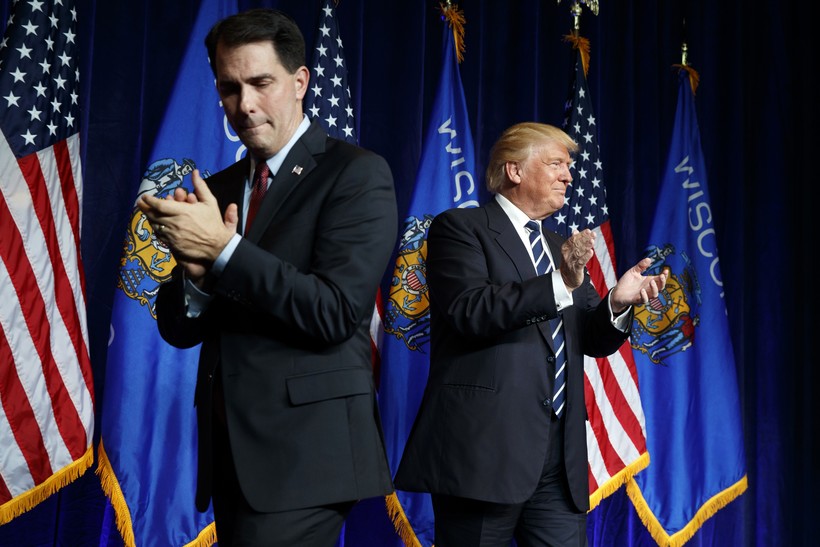 With their control of the reins of government at both the state and national level, Republicans have found themselves in a somewhat unusual and tricky position for the midterms this fall, according to a University of Wisconsin-Madison political scientist.

Eleanor Neff Powell, associate professor of political science at the University of Wisconsin-Madison and faculty affiliate of the Elections Research Center, said that the upcoming election will present challenges for GOP candidates.

One of the strongest empirical regularities with elections is that the president's party almost always suffers electoral losses in the midterms, Powell said.

Republican candidates need their base voters to turn up for the election to win, but they also need to appeal to the swing voters who are much less enthusiastic about the president, she said. Therein lies their unique challenge this election season.

On a state level, while Gov. Scott Walker might not be as polarizing a figure as President Donald Trump, he does inspire strong feelings, she said.

"How much do they sort of align themselves as sort of Walker Republicans versus sort of try to chart their own path, build their own brand to attract voters within their district, you know, try to appeal to the issues that are of particular concern to their local voters," Powell said.

Republicans have geared the conversation towards standard pillars — the economy, jobs and tax cuts, which they hope will appeal to swing voters as well, she said.

And in Wisconsin, education has proven to be a top campaign issue among voters, Powell said. Walker recently dubbed himself an "education governor."

"It's a somewhat challenging sell I think for voters who've been paying attention to education in the state over the last several years, of the larger arc of the Walker administration, given the size of the cuts to education over that time period," Powell said.

While the Republican Party is known for its organization of volunteers and fundraising, Democratic enthusiasm is at record levels this year, she said.

"We've seen Democratic enthusiasm levels this year at sort of record levels in terms of voters being excited, in terms of a record breaking number of Democratic candidates running for election," Powell said. "This may be the year where the Democrats are sort of able to out-organize the Republicans."