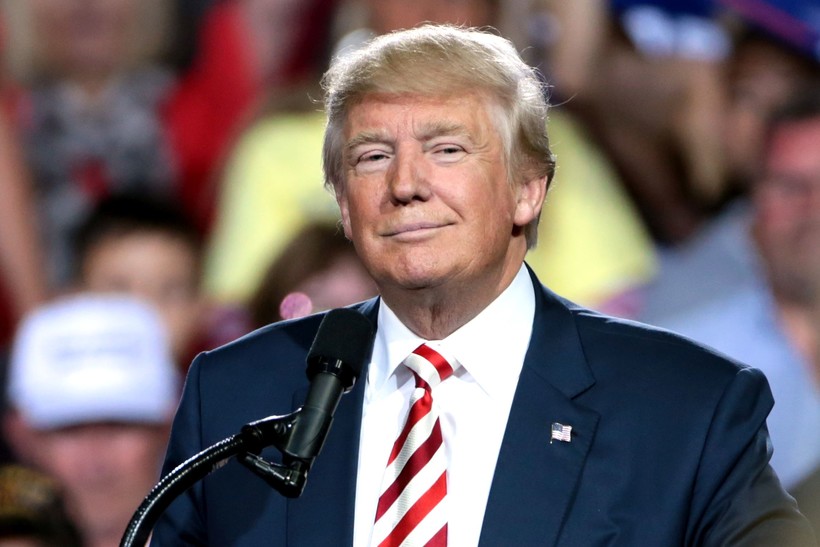 On the presidential campaign trail, then-candidate Donald Trump focused on jobs for Americans, often criticizing the immigration patterns and trade agreements that he said he believed led to the loss of domestic employment.

In his inauguration speech, Trump was clear about where his priorities lie.

And much like the presidents before him, Trump criticized unpopular wars and foreign intervention, said Julia Azari, an associate professor of political science at Marquette University.

"One of the things that was a continual bit of rhetoric from Trump was his criticism of Obama … and previous presidents for over-involvement in the Middle East. That was part of his case for how America will come first, and (how) we won’t spend money on other countries’ conflicts," she said.

Long before he entered the White House, Trump was vocal about his opposition to intervention in Syria. But after being in office for less than 100 days, it seems Trump has broken from earlier campaign rhetoric, especially after he authorized a missile strike in Syria earlier this month.

Azari said that break from earlier campaign rhetoric isn’t a first, especially since the United States strike on a Syrian airbase was in retaliation to a deadly chemical attack believed to be committed by the Syrian government.

"What was really interesting about the justification for the airstrike … was this description of humanitarian impulses," she said, describing Trump’s recounting of the chemical attack as one that hurt children and civilians. "It actually really captures what often happens with presidents. There is this pressure during a humanitarian crisis to do something."

There is a long list of presidents, Azari said, who have also had a tone shift about foreign intervention from their time on the campaign trail to their time in office.

"The starkest example of this is of Woodrow Wilson running in 1916 on the slogan, 'He kept us out of the war,'" she said, adding Wilson eventually did decide to join World War I.

The pattern is also one she said was present in the 1960s, during the Vietnam War.

"Lyndon Johnson ran in 1964 on kind of a peace message, he claimed that his opponent, Barry Goldwater, was a warmonger. Then he jumped in and escalated … U.S. involvement in Vietnam by a significant degree, to the chagrin of many people that had voted for him."

And while each case is different, with presidents operating under individual circumstances and with different political forces at play, Azari mentioned more recent foreign interventions that showcase the pattern, too.

"Obama criticized (the) Bush administration for its approach to policy in the Middle East, and then by 2011 (the Obama administration became) involved in the situation in Libya."

Azari said part of the reason presidents' foreign policies shift from the campaign trail to the oval office is in part because of the additional security information a candidate-turned-president gets once they are in the Situation Room.

So what ultimately determines what leads a president to intervene abroad? For the most part, it seems to be circumstance. While she said a portion of the equation depends on the president’s personal beliefs and values, like many decisions made in public office, public opinion, economic impact and other strategic factors are considered, too.

"This is a political office, and there are ethical and moral considerations that go into those calculations, but I think it’s also often a political calculus," Azari said.