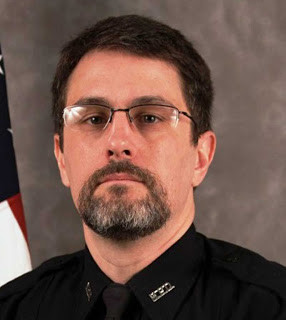 The Wisconsin Professional Police Association is going to county court to defend a former police officer who killed an unarmed man in Madison last November.

The Madison Police and Fire Commission is moving ahead with a complaint against former officer Stephen Heimsness filed by the friends of the shooting victim Paul Heenan. But the president of the statewide police union, Jim Palmer, says the union will ask a Dane County judge to require the commission to reject the complaint because Heimsness is no longer a police officer.

Heimsness killed Paul Heenan during a struggle after Heenan was mistaken for a burglar when he accidentally walked into a neighbor's home after a night of drinking. An internal police investigation found the shooting justified.

Neighborhood outrage over the incident has helped fuel support for changing the way police shootings are investigated. A bipartisan bill is being drafted that would set statewide standards for an outside review of all police shootings. University of Wisconsin law professor Michael Scott says that if it passes, it may help public perceptions of police but it may not lead to more police being found guilty of unjustified use of deadly force.

"Many people believe that the police just stick up for each other and defend one another's actions all the time," says Scott. "And I don't want to discount that can happen. But where you have professional police officers reviewing fellow officers' conduct, they tend to have higher standards for an officers conduct than would a lay citizen."

Supporters of the change say the goal is more transparency in the process and an end to police departments investigating themselves.