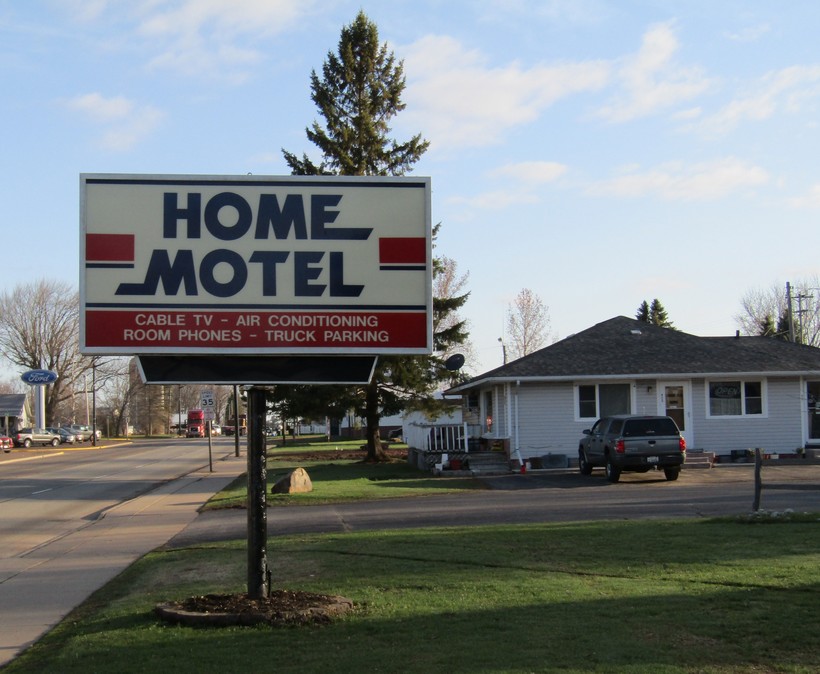 Police say Dan W. Willison drove his car into a police officer in the parking lot of the Home Motel in Abbotsford on May 2, 2019. Rob Mentzer/WPR

Investigators Say Man Shot In Vehicle As He Tried To Get Away
By Rob Mentzer
Updated:
Friday, May 3, 2019, 11:50am
Share:

A police officer shot and wounded a man Thursday night at the Home Motel in Abbotsford.

The shooting happened around 9 p.m. after officers with the Colby-Abbotsford Police Department were called to the motel. The man tried to get away from officers in his car and hit an officer, according to the state Division of Criminal Investigation. The officer then shot the man in the vehicle, according to a release from the state Division of Criminal Investigation, which is investigating the incident.

The man led police on a short car chase, then got out of the car and tried to run away. Police captured him, and he was taken by medical helicopter to a local hospital, where he is being treated for his injuries.

No police were injured in the incident, and the man is expected to survive, according to the state's press release.

Law enforcement did not release information on what crime the man is suspected of committing or what prompted the call.

Albert Johnson of Green Bay is a semitractor-trailer driver. He was staying at the Home Motel before he was scheduled to pick up a new truck in the morning.

Police were lined up along the road outside of the Home Motel through much of the night and interviewed most of those staying at the small roadside motel, Johnson said.

Govind and Kiran Patel own the Home Motel. Govind said he also heard the shots, and both of them saw police rush through the parking lot of their business.

A Colby-Abbotsford Police Officer has been placed on administrative assignment as the Division of Criminal Investigation conducts its inquiry. State law requires that an outside agency investigate police shootings.

According to the Washington Post’s public database, two people have been shot and killed by police in Wisconsin in 2019. In a separate case, two men died Monday after crashing their car during a police chase near Portage. The DCI's database shows the last fatal police shooting in Marathon County happened in 2017.

Officials did not release the name of the man wounded Thursday night in Marathon County. The state's release said the Marathon County District Attorney’s Victim Witness Program is providing services to the man shot and family.