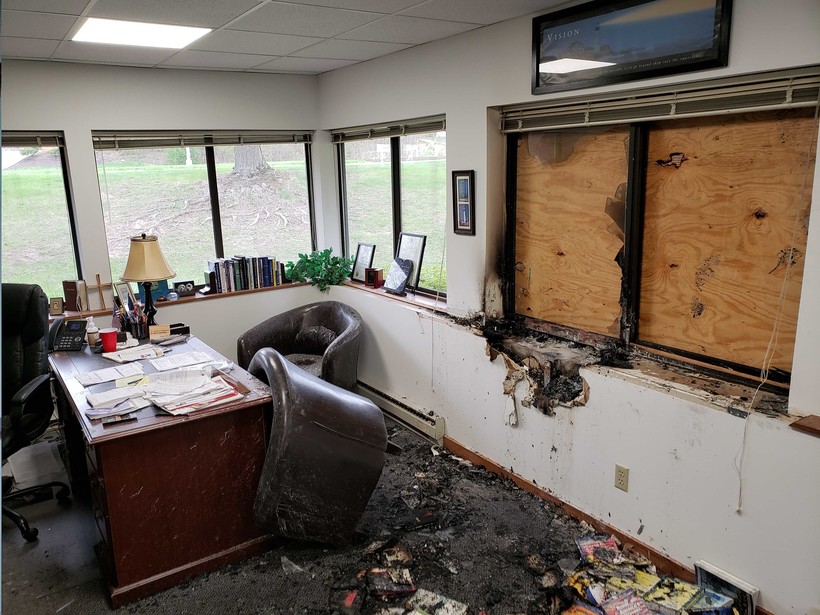 Windows were broken and the inside of an office at Wisconsin Family Action was burned
By Shawn Johnson
Updated:
Sunday, May 8, 2022, 5:30pm
Share:

Police and firefighters are investigating suspected arson at the Madison headquarters of an anti-abortion group just days after the release of a leaked draft opinion that would overturn the landmark abortion rights case Roe v. Wade.

Windows were broken and the inside of an office at Wisconsin Family Action was burned. A graffiti message spray-painted on the outside of the building read: "If abortions aren’t safe, then you aren’t either."

An incident report from the Madison Fire Department said flames were seen coming from the building Sunday morning. Firefighters were dispatched to the building shortly after 6 a.m. and the fire was quickly put out.

Madison police said a Molotov cocktail, which did not ignite, was thrown inside the building. Police said a separate fire was then lit in response. No injuries were reported. 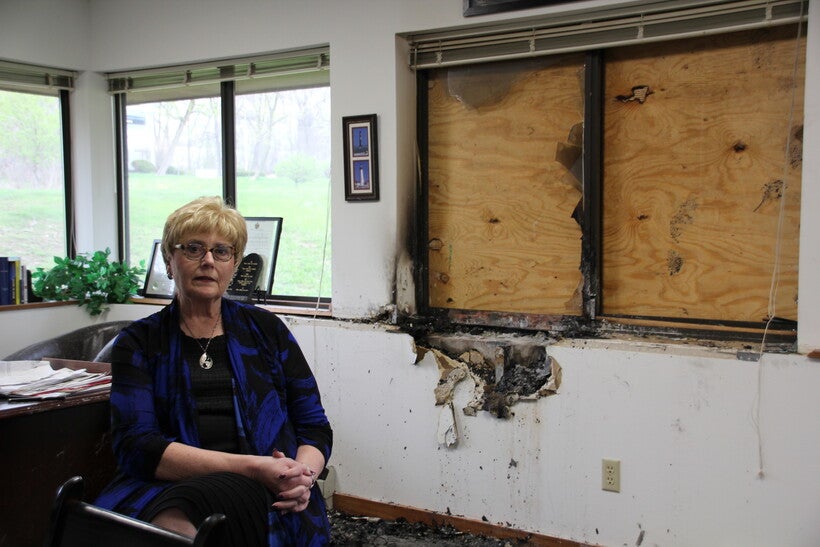 "The police officer asked me if there was anything that had happened that I thought would provoke such an action," Appling said. "And I said yes. I said the leaked opinion from the Supreme Court of the United States."

"Our department has and continues to support people being able to speak freely and openly about their beliefs," he said in the statement. "But we feel that any acts of violence, including the destruction of property, do not aid in any cause."

The fire is being investigated as arson by the Madison Fire Department and the Madison Police Department. Police said they would provide an update on the case at 2 p.m. Monday.

"We condemn violence and hatred in all forms, including the actions at Wisconsin Family Action in Madison last night," said Gov. Tony Evers in a tweet. "We reject violence against any person for disagreeing with another’s view. Violence is not the way forward. Hurting others is never the answer." 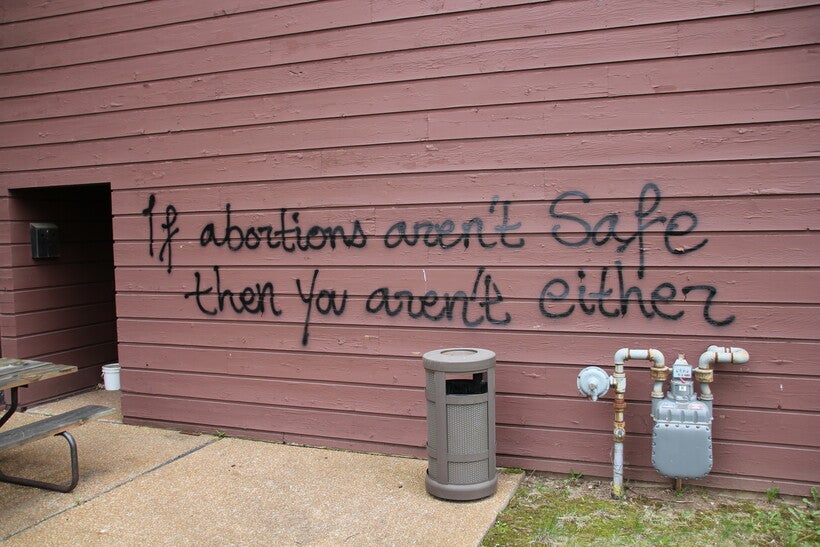 The words "If abortions aren't safe then you aren't either" were painted in black on the building of the Wisconsin Family Action's offices in Madison. Shawn Johnson/WPR

Republican U.S. Sen. Ron Johnson similarly said, "This attack is abhorrent and should be condemned by all."

Democratic state Attorney General Josh Kaul responded by calling for a full investigation of the incident and said, "whoever is responsible should be prosecuted to the fullest extent of the law."

"This is disgraceful and unacceptable," he said.

"Terrifying to see the left attack @WIFamilyAction on Mother’s Day. The radicals are trying to stop us but they know we won’t be intimidated from defending life," tweeted former Republican Lt. Gov. Rebecca Kleefisch.

Construction executive Tim Michels said "the attack on Wisconsin Family Action has no place in our Democracy," and Kevin Nicholson said of the incident: "Disgusting behavior from the left." 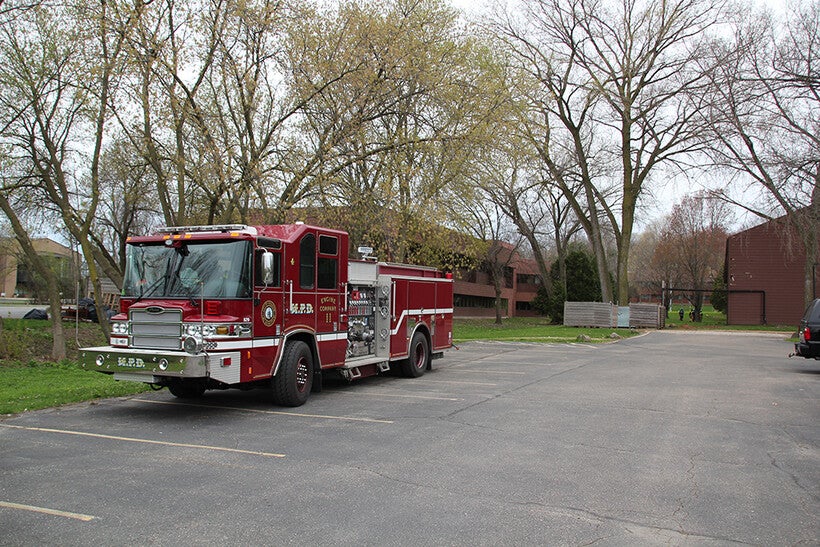 The Madison Fire Department responds to a call at Wisconsin Family Action offices in Madison, where a fire broke out that police are investigating as "suspicious." Shawn Johnson/WPR

The suspected arson comes a day after rallies took place in Madison and Milwaukee protesting a leaked draft opinion, first reported by Politico last week, that would overturn Roe v. Wade nearly 50 years after it was decided by the U.S. Supreme Court. That would give states the power to decide how to handle abortion laws. In Wisconsin, should Roe be overturned, an 1849 law banning abortion would again take effect.

Appling's group released a statement after the ruling was leaked Tuesday urging cautious optimism, saying it would be a huge victory for the pro-life cause.

Appling said that while her group has received threats over the years, this was the first time it had been attacked in this way.

In 2012, an anti-abortion activist smashed a window and threw a firebomb inside a Planned Parenthood clinic in Grand Chute. That clinic has since closed.