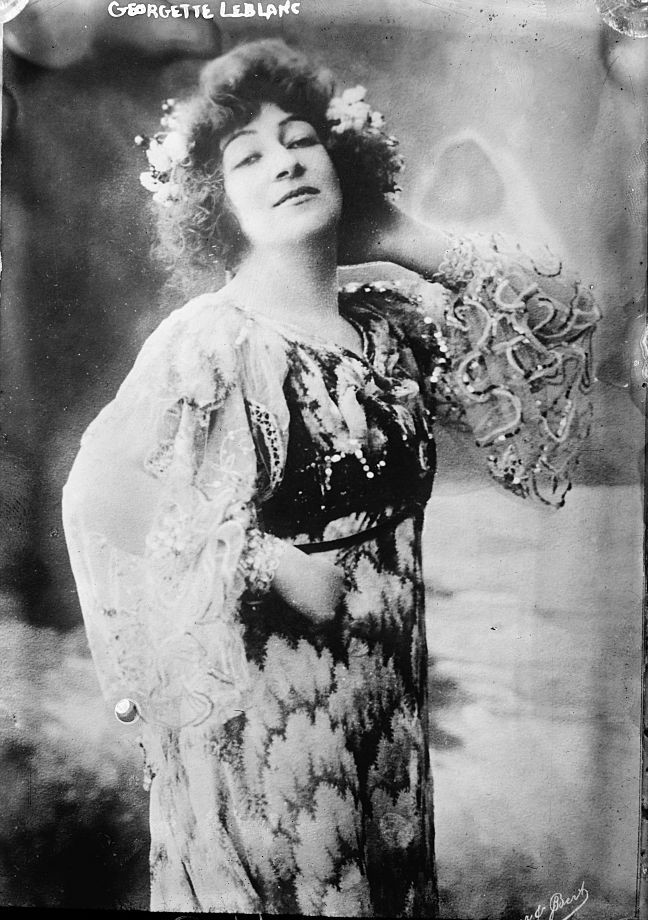 The Poet and the Prophet

Georgette Leblanc, the wife of poet Maurice Maeterlinck, expressed her “ardent desire” to sing the part of Mélisande in the opera Claude Debussy had based on Maeterlinck’s play Pelléas and Mélisande. Debussy expressed some enthusiasm for the idea, but not long afterward, Maeterlinck read in the newspaper that rehearsals for the opera were proceeding with Scottish prima donna Mary Garden as the lead.

He blew his top and vowed to stop the production.

During legal wrangling Debussy claimed that he had never outright offered the role to Leblanc, and he emerged victorious. Brandishing his cane, Maeterlinck confronted Debussy in his apartment, but the composer’s wife threw herself between them and convinced him to leave. After talk of a duel, Maeterlinck redirected his wrath at Opéra Comique director Albert Carré, leaving Debussy free to rehearse the opera, which he did, forty-one times, while writing additional entr’acte music demanded by conductor André Messager.

Maeterlinck, in the meantime, went to a clairvoyant to determine how the struggle was going to come out. After going into convulsions and speaking in the voice of a little girl, the clairvoyant assured him he would need to take no further action, that Carré would soon die “covered in blood.” Although Carré did soon fall ill and require an operation, he stubbornly refused to fulfill the prophecy and, on April 14, 1902,  Maeterlinck resorted to firing off a disgruntled letter to Le Figaro, which he concluded:

In short, the Pélleas in question has become strange and hostile to me, practically an enemy, and, deprived of all control over my work, I resort to wishing its immediate and decided failure.

Albert Carré later cast Leblanc for the title role in another opera and, Maeterlinck “released” the future from its promise to kill him off, but he never forgave Debussy. In 1909 he attended a performance of Pélleas and Mélisande at the Manhattan Opera House in New York. After the first act, he walked out.