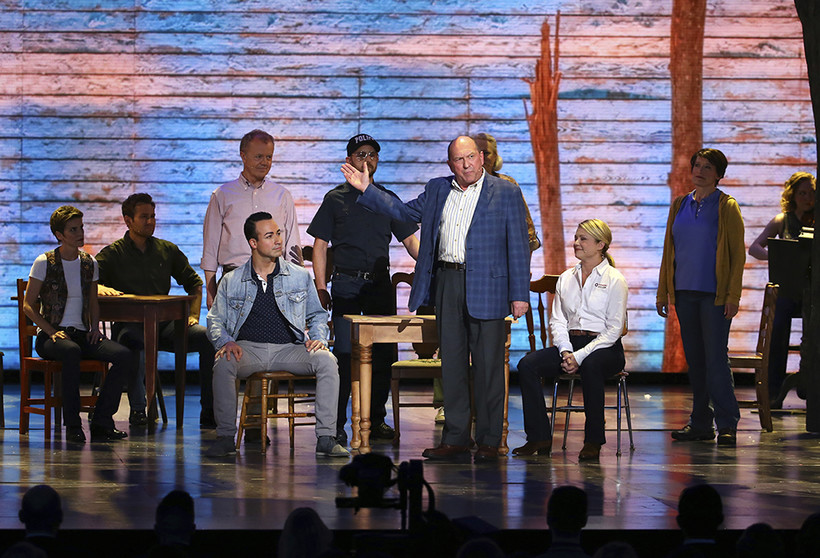 The cast of "Come From Away" performs at the 71st annual Tony Awards on June 11, 2017, in New York. Michael Zorn/Invision/AP Photo

Play Recounts Stories From 9/11 Airplane Passengers, Those Who Came To Their Rescue

'Come From Away' Opened In Milwaukee Tuesday Night
By Elizabeth Dohms
Share:

Connie Batayias had been in the airplane one, maybe two hours, when the pilot came over the PA system to announce that all planes had to land as soon as possible.

"He didn’t tell us exactly what happened," said Batayias, who was flying from Athens, Greece to her home in Brookfield. "He just said there was a tragedy in New York and all planes must land immediately."

When the plane landed at Gander International Airport in Gander, Newfoundland, the pilot came out of the cockpit and shared what he could. Later it would be learned that 19 militants who were part of an Islamic extremist group hijacked four airplanes, flying two into the World Trade Centers in New York City, one into the Pentagon and another into a field in Pennsylvania. Nearly 3,000 people died. The pilot had been crying, Batayias noticed. As he relayed the events of the day, most others on the plane followed suit.

Batayias' Delta plane was one among 38 that were diverted to the small airport in Gander. The arrivals inundated the area with thousands of confused and worried people who were able to lean on the hospitality of a small town that, in the midst of chaos, spread compassion.

The stories of the Newfoundlanders and their visitors are the subject of the Broadway play, "Come From Away," which opened Tuesday at the Marcus Center for Performing Arts, 929 N. Water Street, Milwaukee. Performances run through May 12.

"We've seen the impact of the horrible events, and then to also see an additional narrative that we, many of us, did not know before of these people who helped each other heal is really something quite moving and special to me," said Christine Toy Johnson, an actor performing in the musical.

Johnson plays Diane Marson, a woman who met her husband, Nick, while they were in Gander during those five days. Twelve cast members each play multiple characters that were all written into the script by Irene Sankoff and David Hein.

"It is such a gift to be able to tell the story of intentional kindness and compassion and generosity," Johnson said, hopeful the play's plot has an impact on those who see it.

After the U.S. Federal Aviation Administration announced it would shut down its airspace on 9/11, more than 4,000 planes in total were forced to land at nearest airports, according to a "Come From Away" timeline of events. Gander International Airport prepped for 18 planes. It received 13 more just after noon.

"Once we got to the high school, oh my gosh, you wouldn’t believe the people," she said. "They were absolutely spectacular. They were so nice and sweet and had everything for us."

That included toothpaste and toothbrushes, food and coffee.

Batayias said she grew particularly close with a couple, Dot and Lloyd Laing, who were locals of St. John's, Newfoundland. What began as dinner on their last night in Gander turned into a place to sleep for Batayias and others the Laings took under their wing before driving their guests to the high school where they boarded a bus to eventually head home.

Both Batayias and Johnson experienced true compassion in the wake of devastating news, either through their own involvement or the stories they heard. Johnson said that's noteworthy, especially with so much divisiveness across the country.

"I hope they take away renewed faith in humanity and to know that we really can treat each other with kindness and compassion," Johnson said. "It's there for us to do."

Story Of Humanity During Tragedy Comes To The Stage 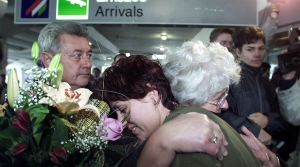 When the attacks of September 11, 2001 grounded aircraft across the country, 38 planes were diverted to tiny Gander, Newfoundland. A Broadway play tells the story of how the town welcomed the nearly 7,000 travelers. The play is coming to Milwaukee, and a local resident who was part of the diverted group shares her story.