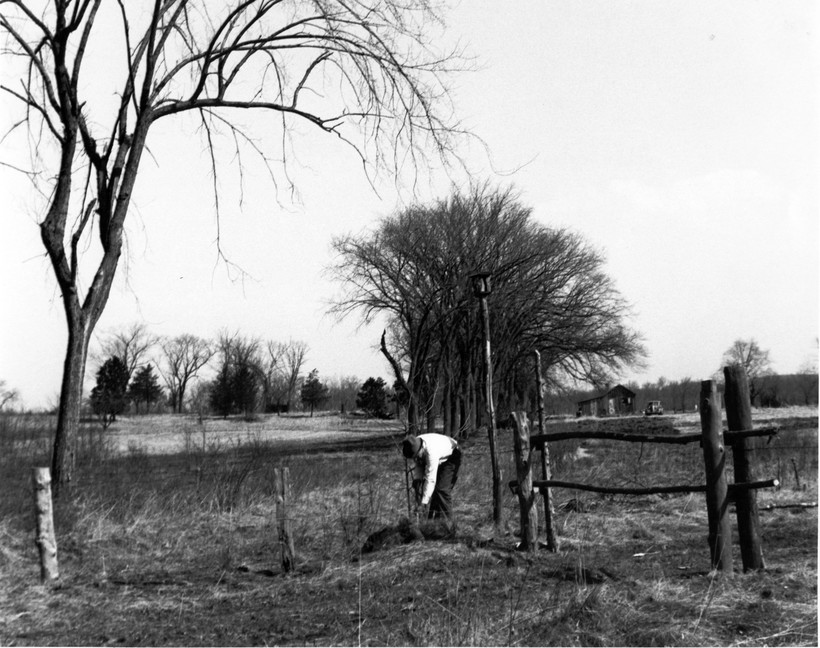 Aldo Leopold planting a white pine, 1939. The Shack is visible in the background. Photo courtesy of Aldo Leopold Foundation

The Place Where Leopold's Almanac Grew

When famed conservationist Aldo Leopold bought a washed-up farm property near Baraboo, Wisconsin in 1935, it gave him a chance to put his ideas about ecology into practice. His intent was to restore the trees and prairies to their pre-agricultural state. His observations of the natural features of the place provided inspiration for many of the essays in his seminal work, "A Sand County Almanac."

The property is now owned by the Aldo Leopold Foundation.

Executive director Buddy Huffaker recently gave WPR's Melissa Ingells a tour of the property, including a chicken coop-turned-cabin known as the Shack that became the Leopold family's weekend retreat. Huffaker spoke of the Shack's role in Leopold's writing, and its place in the family's life.

Saving The Land One Weekend At A Time

Buddy Huffaker: Nina Leopold Bradley, Aldo’s daughter, used to say, "The Shack was everything and it was nothing." You can look around and see very humble accommodations. It’s important to remember, they never lived here. This was just their weekend retreat. And whenever they could, all the kids would come along with Mom and Dad. The site is now a national historic landmark. But it’s as much about what the family did on the land, and its role in giving rise to the ecological restoration movement. The significance of this place really grew in meaning after 1970, with the first Earth Day, which is when "A Sand County Almanac" kind of got discovered as a popular book. 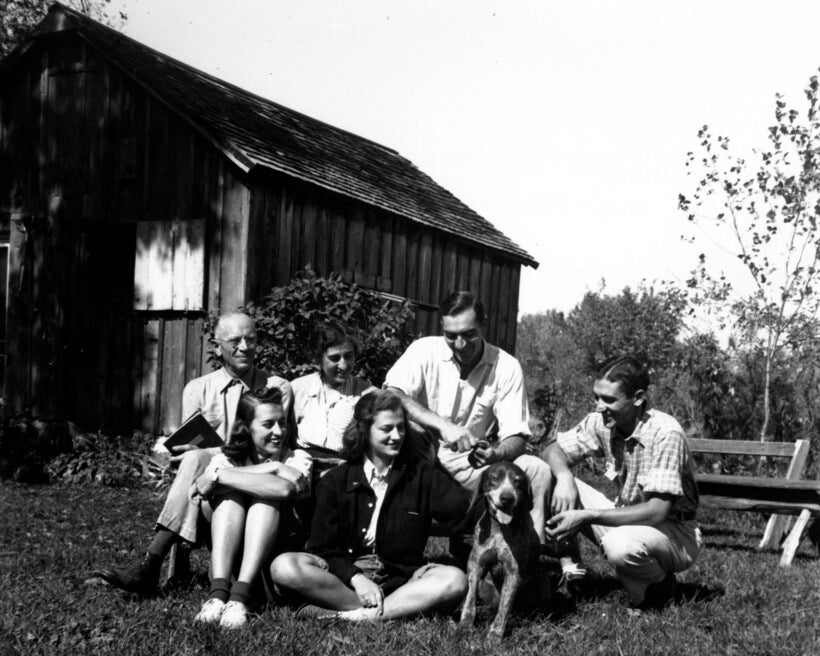 A Place Of Action

BH: They did know their father was writing a book, but he would not write here. This was a place of action. (Leopold) would always keep on his person a little journal, and he would record what wildlife he saw or what wildflowers were in bloom, and then he would go back, and there would be a Shack journal. He would put those notes in … more expansive notes. And then he would go back to the office on Monday morning and that’s where you can connect the field journal to the Shack journal to the drafts that connect back to the actual essays in "A Sand County Almanac."