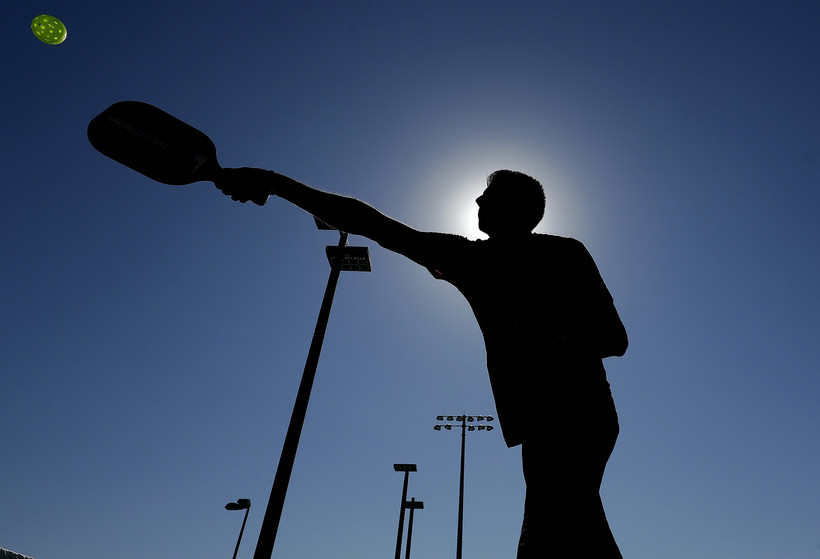 In 2016, a group of pickleball enthusiasts worked with the Madison Parks and Recreation Department to change two tennis courts at Garner Park into the city's first set of pickleball courts.

Now, there are more than 100 indoor and outdoor courts within 20 miles of Madison.

That's a testament to the rapid spread of interest in the sport, said Dave Weinbach. He is one of the most celebrated pickleball players, a 12-time U.S. Open Champion and a 10-time USA Pickleball Champion. He's won 148 medals since he started playing pickleball about a decade ago. 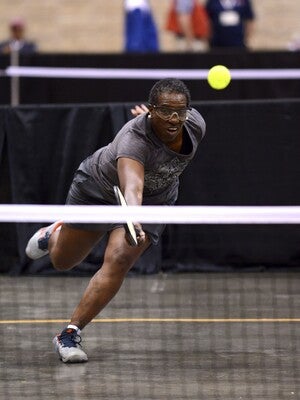 Laura Patterson dives for the ball during a pickleball game at the 2017 National Senior Games presented by Humana at the Birmingham–Jefferson Convention Complex on Wednesday, June 7, 2017, in Birmingham, Ala. Andrea Mabry/Invision for Humana/AP Photo

The game that Weinbach calls, "the fastest growing sport on Earth" was born in Seattle in 1965, and was named after the dog of one of the inventors. It's often described as a mix between tennis, badminton and table tennis. It requires a court, a Wiffle ball and a paddle to play.

Pickleball games can be played with two or four people. The courts are about a third the size of a regular tennis court, meaning there's much less ground to cover. Players on either side of the net will cover an area about 20 feet deep and 44 feet long.

The goal of the game is to get to 11 points, and only servers can earn points. To start, players stand on opposing sides of the net. The server gets one chance to land the ball cross-court.

"This game is highly addictive," Weinbach said. "If you try it, you better be ready to be affected and make time to play pickleball, baby."

Because pickleball courts are easy to access and often found in parks, and the paddles can be purchased for $30 to $40, there are few barriers to playing, Weinbach said. He also pointed out that the game is open to all sorts of ages and physical abilities.

"You folks out there that maybe can't play tennis anymore and can't play basketball or racquetball — folks, you've got to look at pickleball," Weinbach said.

He said that although it's been considered a senior sport, younger people are getting involved in playing. Weinbach is part of a pickleball group in Madison called the Capital Area Pickleball Association that began with about 30 members in 2016 and has since grown to about 500, pretty equally split among men and women.

Nationwide, there are plenty of places to play the game, some requiring fees and others that are free. USA Pickleball keeps a running list of all the locations where pickleball courts are located and provides specific information about fees, schedules and whom to contact for more information.

According to the site, there are about 200 places to play pickleball across the state.