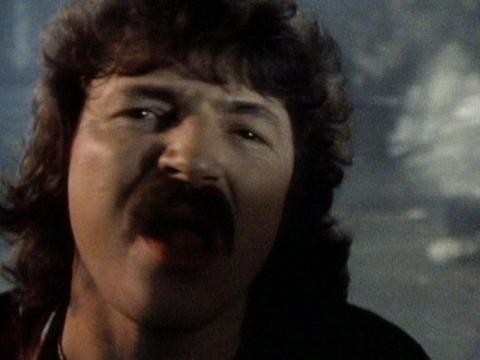 This one of the strangest music videos ever.

First, Toto is one of those groups who were better heard than seen. (I can't believe I just wrote that.) The one singer looks more like a sweaty cop than a rock star.

Second, the flimsy set looks like it was recently recycled from any number of Michael Jackson videos.

Third, the dancer from "Dirty Dancing" is the star of the thing and according to legend, Patrick Swayze is one of the Jets or Sharks bopping about in half shadow.

Lastly, this was a hit despite the fact that it's actually 8 or 9 mini-songs slammed together.