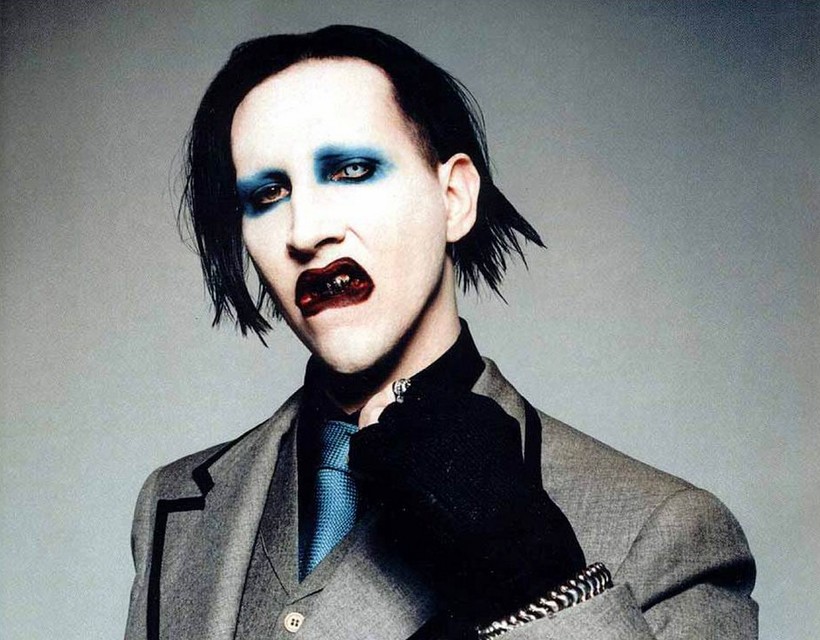 Pick Of The Day: Marilyn Manson Song Really Is Frightening

Can you guess what is frightening this Halloween? Like a ghost haunting my mind, I have an old, spooky Marilyn Manson in my head and I can't get rid of it.

The song, "You and Me and the Devil Makes 3," was buried deeply on Manson's critically and commercially savaged 2007 album, "Eat Me, Drink Me," but like the undead, it has risen up to wreak havoc beyond its appointed age.

The fact that this record was so repellant to Manson's fans is perhaps a good sign. Manson's career success in the late '90s was a true rock 'n' roll swindle. So much of Manson's music and performance shtick is incredibly derivative, and perhaps the most shocking thing about him was how Manson was never busted for what he swiped from Alice Cooper or David Bowie or his former patron, Nine Inch Nails mastermind Trent Reznor.

And certainly from the outset, "You and Me and the Devil Makes 3" has much to make listeners suspicious of it. There's the title, which might have been snatched from the acapella song sung in the Coen Brothers' film, "O Brother, Where Art Thou?" And musically, this song is really paint-by-numbers, goth-influenced industrial music.

And yet, there's something here. The warbling, lunging bassline and the way Manson's effected vocals gargle with the lyrics. A guitar hovers, belches and screeches in the background until it bristles at the chorus. The song has an immediacy and catchiness that begs another listen instead of busting Manson for copycatting from the last Nine Inch Nails record. Manson's lyrics might be vague and overblown, but it's the vocals themselves and not the words that are worth tuning in to. Manson has something here, a song that succeeds despite itself.

Scared yet? Listen to this song and you really might be.