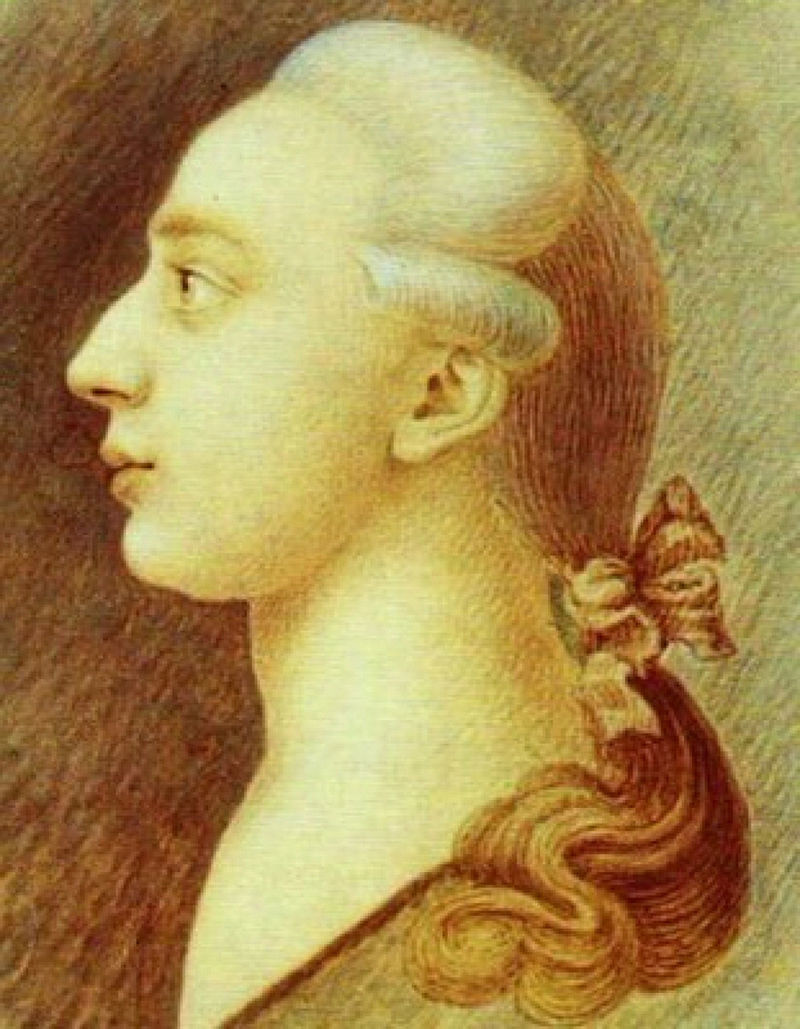 Soldier, gambler, churchman, author, womanizer—Giacomo Casanova was all of them, and a musician whose misadventures matched his headlong lifestyle.

At twenty-one he was a mediocre violinist in Venice’s San Samuele theater, later describing himself as “a menial journeyman of a sublime art in which, if he who excels is admired, the mediocrity is rightly despised,” adding, “I soon acquired all the habits of my degraded fellow musicians.”

The next twenty years of his life consisted of various hare-brained schemes and hair-breadth escapes, amorous intrigues, and banishment from one city after another.

He became so notorious in most of Europe that in 1767 he headed to Spain, where his escapades were little known. He was an avid dancer, learned the fandango, and attended the Italian Opera in Madrid, where his abilities as a librettist led to some commissions.

“An Italian conductor wanted to have a play set to music,” he recalled. “The time was too short to send to Italy, and so I declared myself ready to compose a play on the spot.” He summarized the creative process by saying, “The music was highly praised, and in a fortnight the whole opera was produced.”

But whatever success he had in Spain went bad because of his involvement with a dancer named Nina in Barcelona. Her specialty was a maneuver called the rebaltalde, a kind of back-flip with pirouettes, and one memorable night, while executing it, she “exposed her drawers to the belt.”

In Spain there was a fine of one dollar for revealing that particular undergarment in public, and so for her next performance Nina avoided the fine on a technicality by dispensing with the offending part of her costume entirely, causing an uproar that was a mix of indignation and enthusiasm.

After an attempt on his life and six weeks imprisonment in the local Citadel, Casanova beat it back to Venice, where he got into the good graces of the authorities for a time by working for them as a commercial spy.