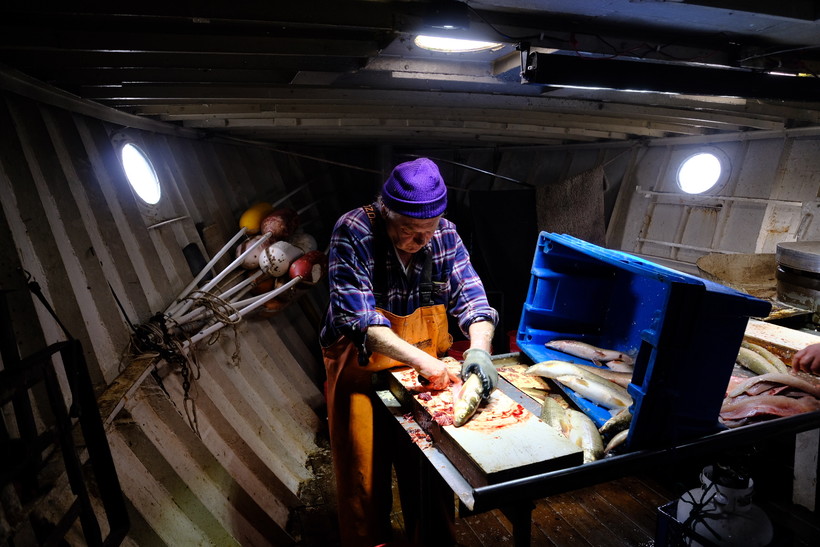 Andy LaFond Sr. cleans the day's whitefish catch in the bow of the Oliver H. Smith, a boat built two years before LaFond, 72, was born. Photo courtesy of Cameron Gillie

Photographer Documents Life On And Around The Ice Age Trail

Pictures Are Part Of Photographer's 'Around Wisco' Series
By Elizabeth Dohms-Harter
Share:

Cameron Gillie has crossed paths with a historic D-Day invasion tugboat and a Byzantine Catholic monastery. He's met a bride, a tire shop owner and a man named Jesus playing pool. And he captured pictures of all of them.

Gillie, 53, of Madison, set out earlier this year to photograph the sights along Wisconsin's 1,200-mile Ice Age Trail, which follows the path of glacial formations across the state, from Green Bay south to Janesville, then north through Wausau and west to the Minnesota border. It's all part of his "Around Wisco" series capturing images of the state.

He's taking a short reprieve over winter, after having tackled about 600 miles so far this year. He plans to start again full-time in May and with a few breaks in between should finish up by the Minnesota border in fall. Anyone can follow his journey via his Instagram account and on Facebook. 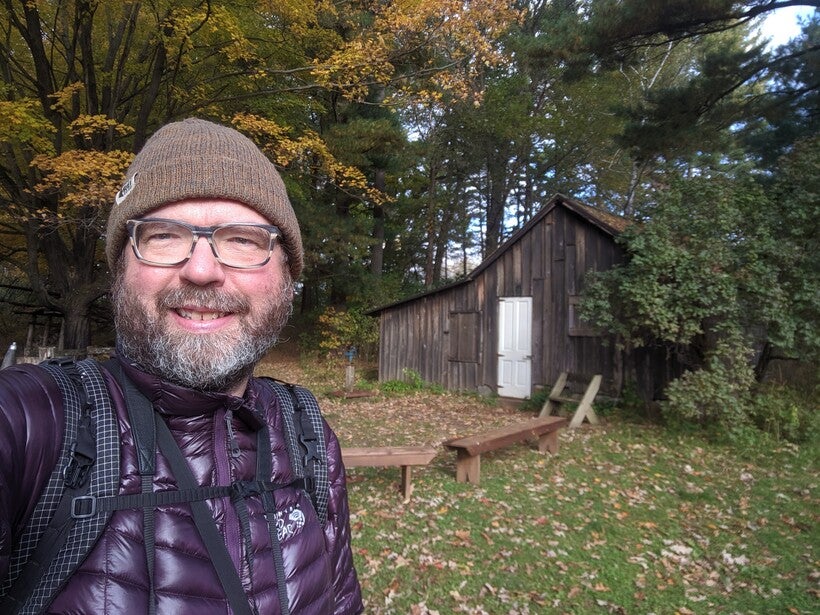 While the idea for the project sparked last year while Gillie was driving home from an art festival, it really began five years ago. That's when Gillie had open-heart surgery and needed to find a way to get in shape.

He started walking, and while on the trails he decided to start taking pictures. As a professional photographer for more than 26 years, he said he rarely takes pictures for himself. This provided the right kind of opportunity.

"It also is kind of a stress relief, just an outlet to do some creative photography for myself," he said.

He started simply with his phone, but it soon expanded into smaller projects he would assign himself.

Turning this hobby into a bigger project, which he hopes to eventually publish in a book, gained momentum as Gillie put more thought into it on his way back from showing his pinhole photography at an art festival. Pinhole is a type of method that requires using a dark box with a small hole in it to produce an image.

"I've always wanted to do a big photography project, possibly publish a book with it, and this just seemed like the perfect idea," he said. He does have plans to get out this winter to showcase the trail in all four seasons.

Gillie will be on the trail in May for about a month. He'll return to participate in the summer art fair season and head out again after that for another month or longer. When he's touring the trails, he functions much like a thru-hiker by carrying everything on his back and restocking in towns that he passes by. He ensures that he has what he needs by mailing supply packages ahead of time to post offices along the trail.

He anticipates it will take 10 weeks to complete the trail.

Before starting out on his own professionally, Gillie worked as a newspaper photojournalist which got him outside with outdoor and environmental stories. Now, he looks for interesting compositions in nature for creative pieces that stretch beyond "the standard, postcard sunset-type photos," he said.

But this project also gives him a chance to get back to sharing stories, because he gets plenty of opportunities to photograph people in the towns and cities through which the Ice Age Trail runs.

When Gillie was in the Kauwaunee area on the northwestern shore of Lake Michigan, he met and photographed Lynn Lukes, owner of Lukes Barber Shop and the grandson of the man who opened the barber shop 98 years ago.

In another instance, he happened to be talking with a man behind the counter at the LaFonds Fish Market when a fishing boat docked. Gillie was able to photograph the fishermen unloading the boat and preparing the fish. 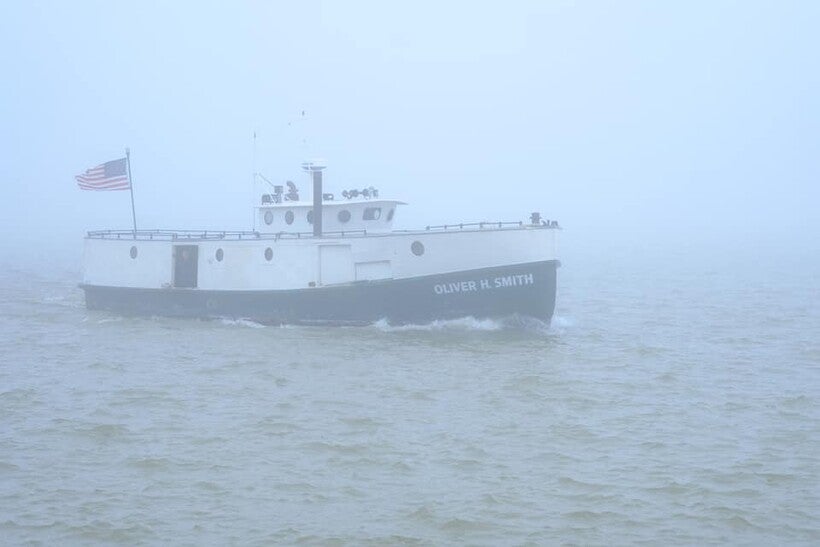 Andy LaFond Jr. and his father Andy LaFond Sr. venture out on Lake Michigan from Kewaunee to gather up their nets and secure their catch for the day. Photo courtesy of Cameron Gillie

Sometimes, it's serendipitous like that, even when he thinks he's photographing something cliche. That was the case while he was at Devil's Lake State Park. He wanted to get a picture of Devil's Doorway and was trying to figure out how to craftily capture the photo hotspot.

He didn't have to wonder too long about that, because he ended up meeting a man and woman taking photos up there. They were about to get married and allowed Gillie a chance to "crash" their wedding photography session on the south beach of Devil's Lake.

For the amateur photographer or hiker, Gillie said don't feel like you have to hike the whole trail, noting that there's plenty of interesting segments. Moreover, he said, enjoy the experience, go in some doors on the main streets and "just slow down." 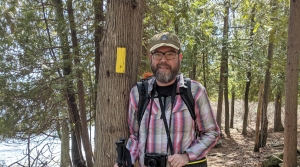 We talk with a photographer who's capturing life amidst the history of a hike along the Ice Age Trail in Wisconsin.