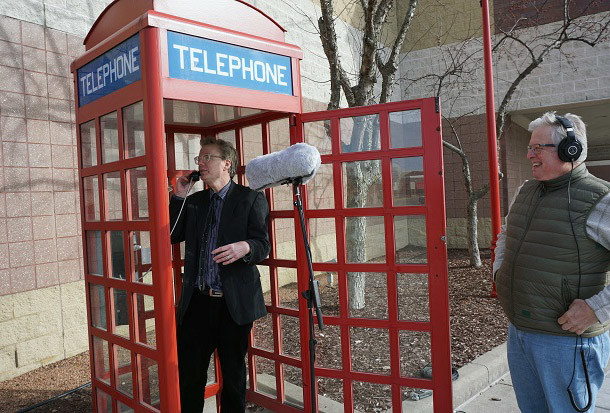 Phoning It In — The Decline And Fall Of The Phone Booth

Do you remember the last time you used a phone booth?

Do you remember the last time you even saw a phone booth? It’s been a while, hasn’t it?

It’s safe to say the phone booth is on its way out.

WPR's "BETA" decided to talk to Ariana Kelly about her book, "Phone Booth." The book is an entertaining and enlightening exploration of the cultural history of the phone booth and a lament for the loss of these spaces.

The "BETA" team decided that in the interest of both authenticity and playfulness, the interview had to be done from a phone booth. The show’s listeners helped out by revealing the location of one on Madison’s West Side.

So "BETA" host Doug Gordon stepped into the phone booth and called Kelly.

Kelly said she was interested in writing about the history of phone booths because there aren’t many of them left.

"Given how ubiquitous mobile phones have become in our life. And I was really kind of a latecomer to cell phones, and particularly iPhones and mobile devices," she said.

Kelly’s interest in phone booths first developed during her last years in college, which is a time of transition and a time of finding oneself.

"Maybe part of the impetus for 'Phone Booth' is that in my last year (of college), I shared an apartment with three of my closest friends. And so there was a dearth of privacy and there happened to be a dearth of privacy right at the moment in my life when I was really feeling like I wanted to reach out into the world," Kelly said. "So there was this phone booth down the street that I found, and I made the first phone call and it was kind of this unleashing of all this stuff that I hadn’t been saying I think for years. So I just continued to go back to that particular place.

I think I treated it as, in some ways, as a confessional. And there’s something about the particular dimensions of the space and the fact that it was a relatively private space in public; it created this kind of emotional space where I felt like I was able to express myself without fear of repercussion in some way. It was a place where I could be honest and not worry about being punished because I was speaking in a different kind of space. It was a dirty, ramshackle space and yet in some way, it felt sacred. It was sacred to the extent that I could communicate more profoundly than I’d been able to do in a long time."

Tippi Hedren’s character, Melanie Daniels, is trapped in a phone booth and attacked by seagulls who dive bomb the booth and shatter the glass.

"I think it’s really interesting because she doesn’t actually need to go into the phone booth to make a call. She’s relatively safe within the diner and there is a telephone there," Kelly said. "So it’s very curious that she actually goes outside and goes into the phone booth. For me, I just think it ends up being this incredible visual because you see her kind of contorted and twisting and totally under siege. And, of course, she’s under siege from the birds but she’s also being attacked by internal demons. And demons that are actually much harder to see."

Kelly also talked about the Mojave phone booth. The booth was installed at the intersection of two dirt roads in southeastern California in 1948 to provide phone service to volcanic cider miners and other people living in the area. 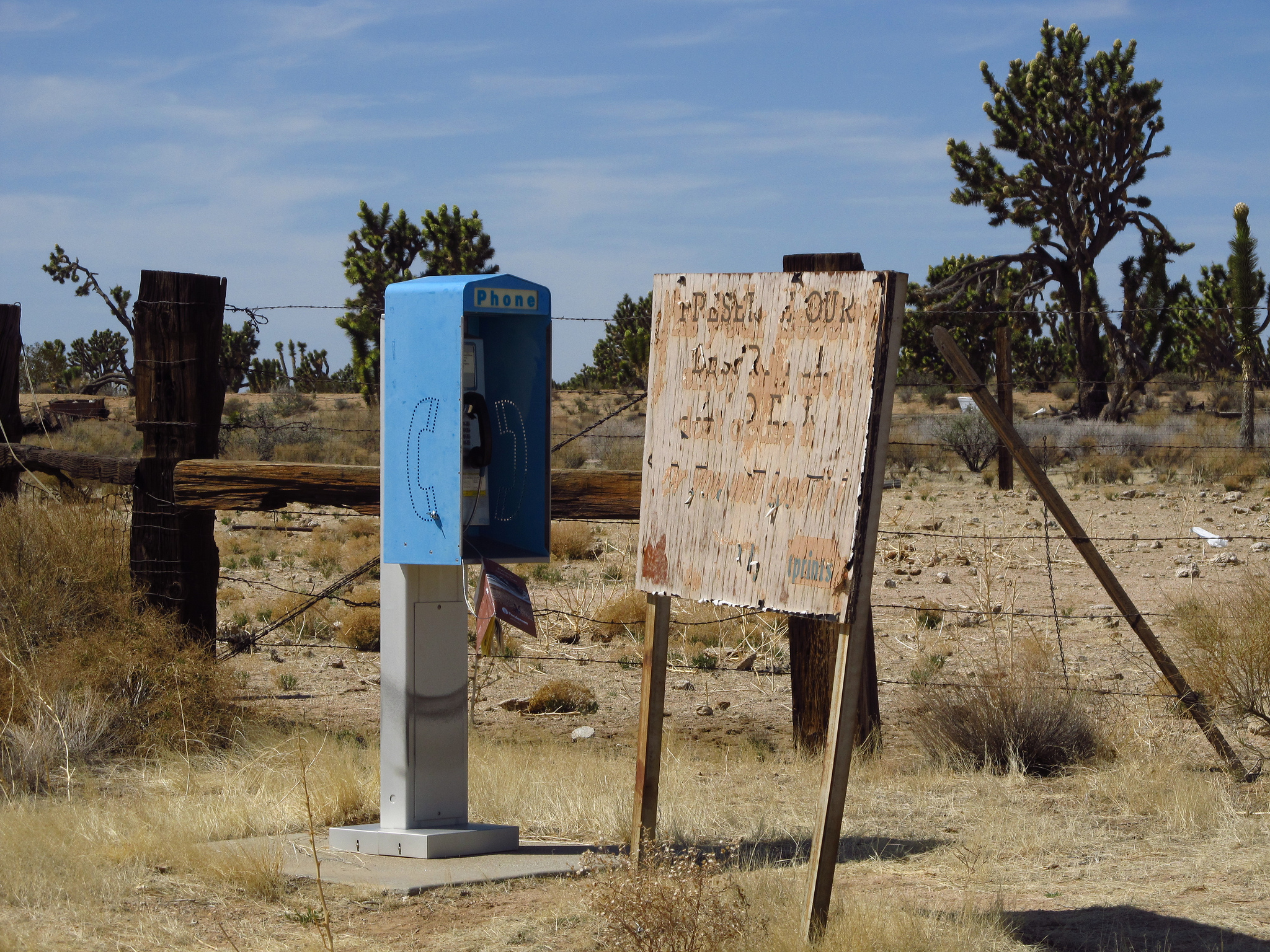 The phone became an internet meme in the late '90s when a Los Angeles man noticed a phone icon on a Mojave Desert map and decided to visit it. He wrote a letter about his trip to an underground magazine and included the booth’s phone number. A local computer entrepreneur read the letter and created the first of several websites devoted to the Mojave phone booth. People started calling the phone booth and others traveled to the booth and answered calls.

Pacific Bell removed the booth in May 2000 at the National Park Service’s request because it rang all the time, brought traffic and disturbed the wildlife.

Kelly said she loved the idea of the Mojave phone booth and the stories surrounding it.

"They (the stories) seemed very poignant to me. And it seemed like people were coming to this object that had been inscribed with this particular type of significance just by virtue of other people finding it valuable. And reaching out of the orbits of their normal lives to either go to it and just be near it or to make a phone call to it or to answer calls that came to it," Kelly said. "And there just seemed to be something quite spiritual about that in the sense that it was a sort of reaching out, trying to transcend normal boundaries and create connections that were kind of inherently meaningful, just by virtue that they were connected with somebody that they hadn’t connected with before."