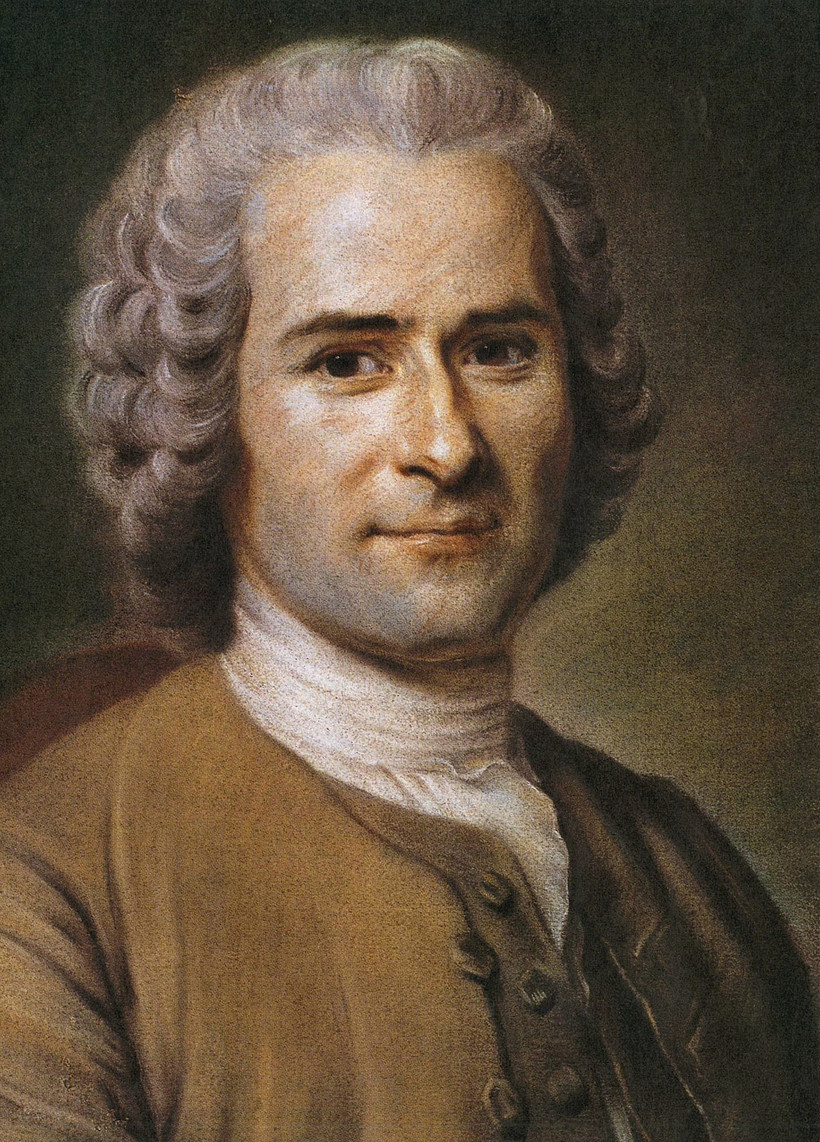 The great Swiss philosopher began his professional life as a musician.  In 1732 the twenty-year-old Rousseau was long on boasting and short on ability.  Though he was unable to write down the simplest drinking song, he claimed to be a composer.

Meeting an influential law professor who held concerts at his house, Rousseau set about composing something for him.  After two weeks of work, Rousseau considered the piece done and confidently distributed copies to the musicians who were to play it.  [In the meantime, Rousseau had heard a pretty minuet, a piece popular among street musicians.  He liked it so much that he claimed it as his own.]

On the night of the concert young Rousseau gave the musicians careful instructions regarding timing, interpretation and cues for repeats.  They tuned for five or six minutes.  Finally all was ready and Rousseau gave several raps on the conductor’s desk with a costly roll of paper.  The room grew quiet.  Gravely, Rousseau began to beat the time.

Years later Rousseau recalled that in all the history of French opera there was never such a discordant racket. The musicians were choking with laughter.  The audience sat bug-eyed.  The orchestra, out to make the most of the composer’s embarrassment, saw to it that their scraping was loud enough and shrill enough to pierce the eardrums of the deaf.

Rousseau pressed on bravely, sweating visibly, lacking the nerve to break and run.  He heard the audience whispering, “It’s absolutely unbearable.  What mad music!  What a hell of a racket!”

Rousseau did go on to compose a widely successful opera, The Village Sage.  But even then he had his awkward moments.  While he was supervising rehearsals of the opera he got along so badly with the musicians that they hanged him in effigy.