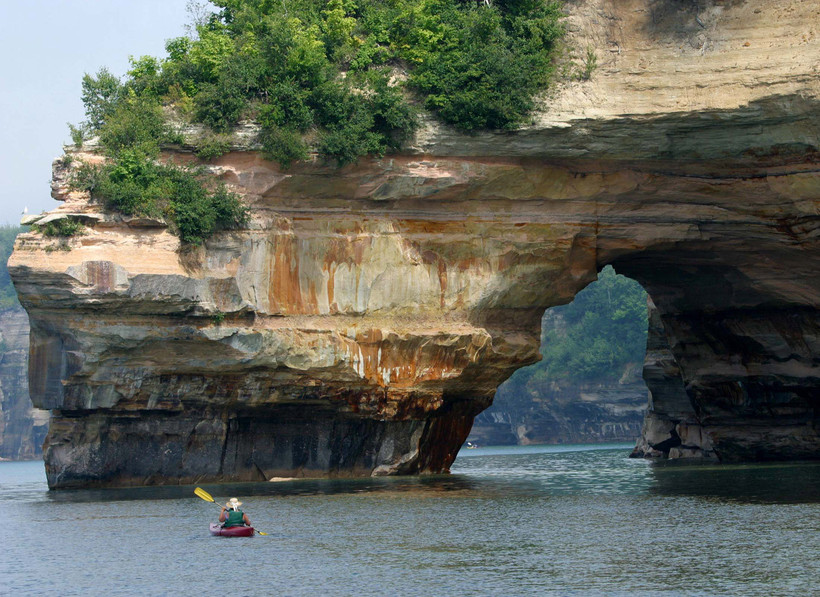 This Aug. 2, 2003 photo shows a kayaker in Lake Superior off the cliffs at Pictured Rocks National Lakeshore near Munising, Mich. Bob Brodbeck/AP Photo

The Personal Builds The Professional

"A Sand County Almanac" is built around deceptively simple essays describing Aldo Leopold's personal experiences with nature. They shaped his concept of the "Land Ethic," a human, moral responsibility to the natural world.

Two people with nature-focused careers who were guided to them by very different interactions with the environment are Karie Cherwin and David Dempsey.

Cherwin is an instructor and outreach specialist with the University of Wisconsin-Madison Department of Forest and Wildlife Ecology.

Dempsey has been involved in environmental policy and law for 36 years and is a senior advisor at FLOW, a Michigan nonprofit dedicated to protecting the Great Lakes Basin. 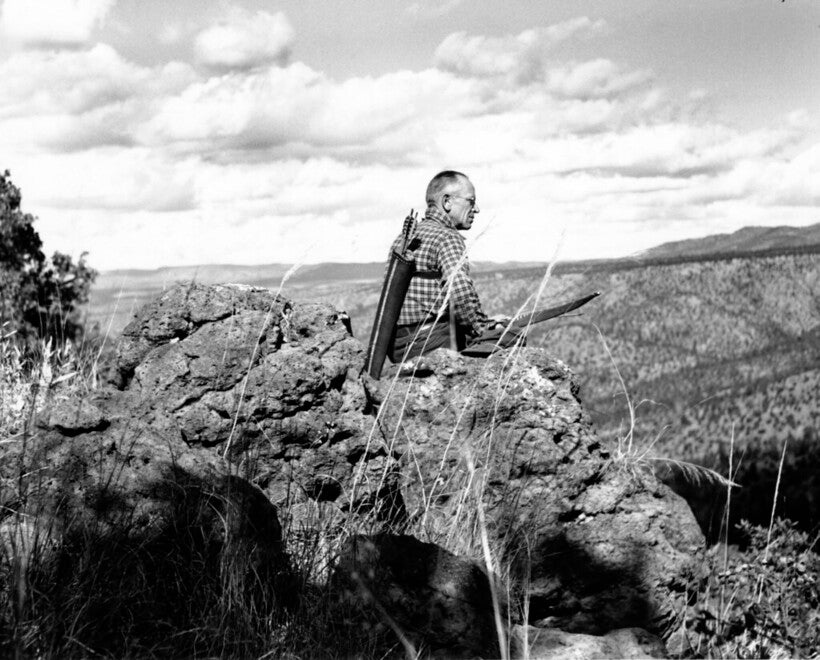 Aldo Leopold's trips to the Rio Gavilan region of the northern Sierra Madre in 1936 and 1937 helped shape his thinking about land health. Pacific Southwest Region 5 (CC BY)

Karie Cherwin: As a kid I don’t think I appreciated growing up in the country as much as I value that now. I have a lot of memories of going outside and either exploring in the woods, or going out to collect leaves and flowers and things that I would paste into a book. And I remember being very fascinated by natural objects.

David Dempsey: I grew up in a suburb of Detroit named Dearborn. And I would say that experience was about as far from protecting the environment as you could get. It wasn’t a factor in my childhood. 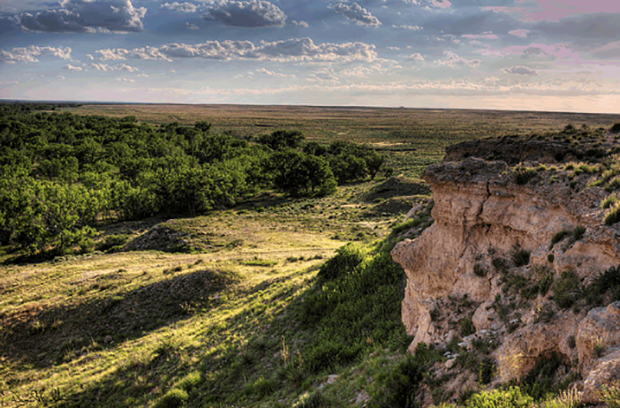 The Cimarron National Grassland in Cimarron, Kansas, where most of the vegetation is shortgrass prairie grassland. Elizabet Gojcaj (CC BY-NC-ND 2.0)

Falling In Love With Nature, Slowly. Or Instantly.

KC: I just fell in love with the (ecosystem) Shortgrass Steppe, even though many people look at it and think it’s barren. I just find such comfort in the openness, I guess.

DD: (At Pictured Rocks National Lakeshore) I looked out over the expanse of Lake Superior, and it just came to me that I wanted to be able to work to protect this world and this view so that people 500 years from now could experience the same thing. And basically, like a religious conversion, that changed my outlook on what I was going to do for a living.

KC: I just remember being very inspired by the fact that this man took his family to this property that he owned and really restored it into its natural state ... Aldo Leopold makes it clear how much he loves nature in that book. And it’s almost a poetic book, even though it’s science based. It’s a very literary take on science and nature.

DD: People sold it to me not as a "how to lobby" or "how to work public policy" but as more of a philosophical book about human beings and nature. Some of the concepts were, I think, pretty revolutionary for me at the time, and changed my way of looking at the world ... There’s no such thing as vacant land. It’s a living community.

This story is part of a special series being aired on WPR's "Morning Edition," by host Melissa Ingells. Throughout the summer, she will look at the reasons "A Sand County Almanac" is still relevant 70 years after being published. For more, visit www.wpr.org/leopold.