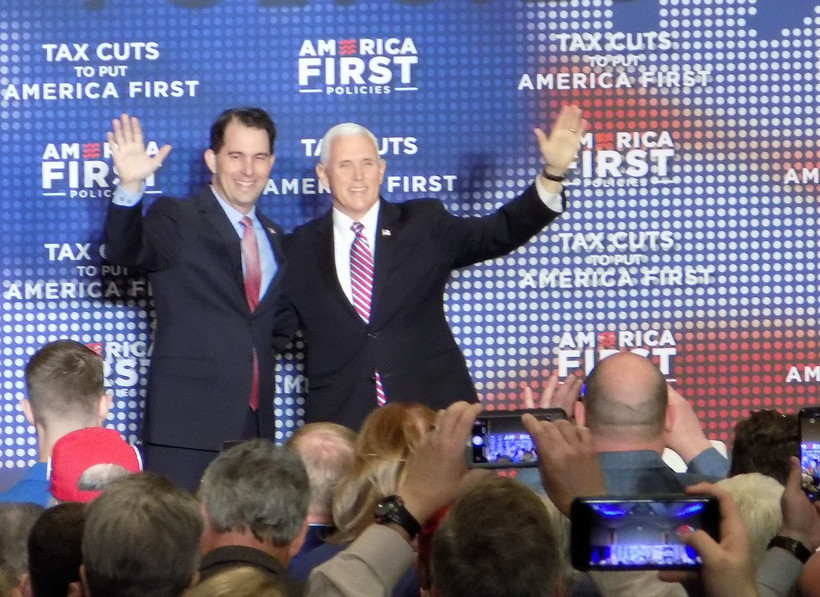 Pence told a crowd of a few hundred that the federal tax overhaul passed by Congress last December will save the typical family of four in Wisconsin more than $2,500 a year in taxes.

"And 90 percent of working families are going to see a tax cut reflected in their paychecks before the year is out, if they haven't already," Pence said.

But the vice president said that's "only half the story." He said companies are passing along some of the tax savings to workers.

Pence also launched a lengthy attack on Baldwin for her vote against the tax overhaul.

The Democratic Party of Wisconsin responded with a statement:

"This is everything Wisconsinites hate about Washington: Hours before collecting campaign cash from wealthy donors who just benefited from a GOP tax scam that hurts middle-class families, Vice President Mike Pence attacks Tammy Baldwin for standing up to corporate special interests and putting Wisconsin first," the statement read.

At a press conference in Milwaukee earlier Wednesday, the state Democratic Party argued taxes will go up in the long-term under the GOP overhaul and that Republicans are setting the stage for "deep cuts to Medicare, Social Security and nursing home coverage."

In the early evening, Pence attended a fundraiser for Republican Gov. Scott Walker.