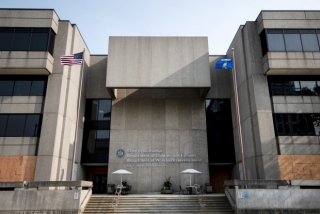 The Lost Wage Assistance Program In Wisconsin: Your Questions, Answered

Payments under the Trump administration's Lost Wages Assistance (LWA) program have started going out to unemployment insurance recipients in Wisconsin, nearly three months after a previous federal supplement expired and seven weeks after the federal government approved the state's application.

The program, created by President Donald Trump in early August, supplements state-level unemployment benefits by $300 a week in Wisconsin.

An estimated 120,000 recipients in Wisconsin will receive payments this week, with the first large wave of payments sent out Tuesday night, according to the Wisconsin Department of Workforce Development. The department began sending out payments to smaller groups of recipients Thursday.

"Staff at DWD have worked diligently to program a complex program that will get additional unemployment insurance dollars into the hands of out-of-work Wisconsinites," DWD Deputy Secretary Robert Cherry said in a press release Wednesday. "The program falls far short of what individuals who have had their employment affected by the pandemic need, and in Wisconsin, we will continue to look at ways to help individuals during this difficult time."

DWD confirmed in Wednesday's release that the federal government will not provide funding for more than six weeks of the $300 supplement, meaning the maximum payment an out-of-work Wisconsinite can receive is $1,800.

The payments are backdated to cover six unemployment weeks starting with the week ending Aug. 1 through the week ending Sept. 5. To receive the full $1,800, a recipient had to have filed claims and been eligible for that entire six-week span. Those who didn't file claims or weren't eligible all six weeks, including those whose benefits were exhausted during that timeframe, will not be eligible for the full six weeks of payments, the department said.

DWD estimates the payments will result in an additional $224 million "in the hands of Wisconsinites," according to the press release.

The agency said payments went to unemployment insurance recipients via a debit card or direct deposit, depending on how they typically receive their unemployment benefits. The funds would either be a single lump-sum payment, or multiple payments, depending on the amount an individual is eligible for.

Correction: This story has been corrected to reflect that 120,000 unemployment recipients will receive LWA payments in the first week of the program's launch, not Tuesday night.

Editor's note: This story was updated to clarify the first large wave of LWA payments was sent out Tuesday and DWD began sending payments to smaller groups of recipients Thursday. This story will be updated.