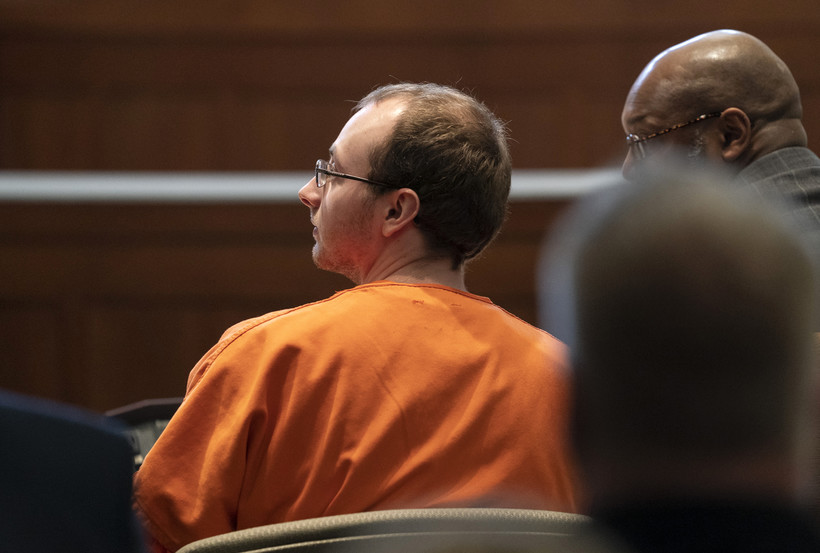 A man accused of kidnapping a 13-year-old Wisconsin girl and killing her parents last fall pleaded guilty to three charges he was facing during a court appearance on Wednesday.

In a plea agreement, Jake Patterson, 21, pleaded guilty to two counts of intentional homicide and one count of kidnapping. Patterson was also facing an armed burglary charge, but prosecutors dropped that charge.

A criminal complaint filed by the Barron County District Attorney's Office included a full confession from Patterson in which he said he drove to the home of James and Denise Closs with the sole intent to kidnap their daughter, Jayme Closs, last October. He also told investigators he planned to kill any witnesses he encountered along the way, including law enforcement officers.

"The plea agreement is that Mr. Patterson will plead guilty to counts one, two and three as charged in the information," said Wright. "Count four will be dismissed and read in."

The fourth count was a charge of armed burglary related to Patterson's use of a deadly weapon to forcibly enter the Closs family home.

Wright also said that he and Douglas County District Attorney Mark Fruehhauf had agreed that charges related to crimes committed during the three months that Patterson held Jayme captive wouldn't be filed.

"Additionally, the state will not file criminal charges against Mr. Patterson for crimes committed in Douglas County that are connected to the course of conduct giving rise to the Barron County charges," said Wright.

Patterson teared up as he submitted guilty pleas for the homicide counts and took a moment to compose himself before pleading guilty to kidnapping Jayme.

Babler scheduled a sentencing hearing for May 24. Patterson faces a maximum of life in prison for each of the homicide counts along with up to 40 years in prison for the count of kidnapping.

Richard Jones, one of Patterson's two defense attorneys, told Babler that they discussed multiple options with Patterson including going to trial, change of venue, substituting a new judge and attempting to suppress his original statement made to investigators but Patterson rejected all offers.

"We’ve discussed all that with him and he’s rejected all of that and decided that this is what he’s wanted to do," said Jones. "He’s been consistent with that from the time that we’ve met. So, we have gone through all of the materials with him. We’ve discussed them in detail with him and he has always been consistent in his statements and his belief that this is exactly what he wants to do."

After pleading guilty, Patterson said, "Bye Jayme," as he exited the courtroom. Jayme Closs wasn't in the Barron County courtroom on Wednesday. His remark appeared directed at no one in particular.