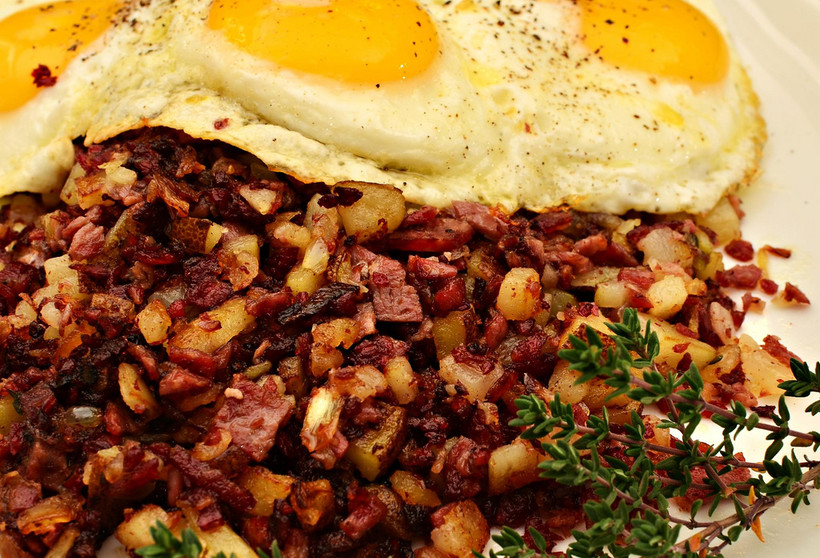 Heat 1 tablespoon of the olive oil in a large nonstick frying pan over medium-high heat until shimmering.

Add the pastrami, bell pepper, and onion and season with salt and pepper. Cook, stirring occasionally, until the pastrami is lightly browned and the peppers and onions have softened, about 7 minutes.

Remove to a medium bowl and set aside. Wipe out the pan with paper towels. Return the pan to medium heat and add the remaining tablespoon of olive oil. Add the potatoes and season generously with salt and pepper.