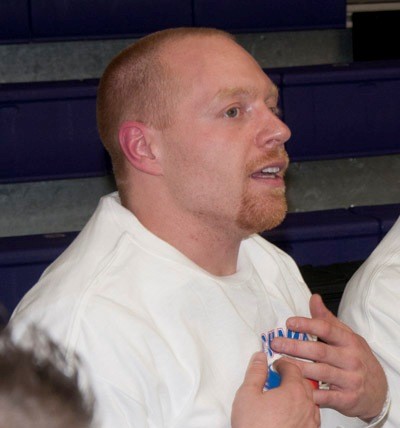 Alumni of the University of Wisconsin-Whitewater have led the men's and women's Paralympic wheelchair basketball teams to semi-final play at the Paralympic Games in London.

The University of Illinois started the first collegiate wheelchair basketball program in the nation after World War II in order for disabled veterans to compete. According to newspaper archives at the university, the U of I officially started sponsoring a team sometime in the early 1950's.

The UW-Whitewater's program was among the first few following Illinois' in the 1970's. Since then Wisconsin teams have thrived, drawing wheelchair athletes to the state from all over the world. This week in London, in addition to the US athletes representing the program, both current and former students of the UW-Whitewater are competing for Germany and Canada.

According to Jeremy Lade, the head coach of the UW-Whitewater's men's wheelchair basketball team and a point-guard for the US men's Paralympic team, the university not only develops world-class athletes who are already serious about competing, but it also plays a large role in introducing young kids to the world of adaptive sports.

Lade was one of the first to attend the university's wheelchair summer sports camp. He is now a decorated Olympian and a world-class athlete. As a student at the UW-Whitewater, Lade led the men's team to a national championship and was three time All-American. If it weren't for the program, he may never have had a career as a basketball player.

As both a coach and a player, he says the success of the program means a great deal.

"It's a testament to the type of wheelchair basketball we are training our athletes to participate in," he said. "And above and beyond that, I think it goes to show that we have a lot of fun playing wheelchair basketball at our university because people are still trying to play after they graduate."

The US women's team is favored to win gold and will compete against Australia tomorrow.

Today during the team's match versus Canada, Desiree Miller, a UW-Whitewater graduate student and a Wisconsin native, led the team with 26 points. Her teammate, Becca Murray, who is also a student at the UW-Whitewater, led the team in both rebounds and assists.

The men will face either Australia or Poland in semi-final play Friday. In Sydney in 2008, the team won bronze after losing a chance to play for a gold medal in triple overtime versus Canada.

"It will be a redemption match," says Thenhaus. "We're all definitely looking forward to it. These athletes have worked their entire lives for this."

Paralympic wheelchair basketball games can be streamed live at www.nwba.org.