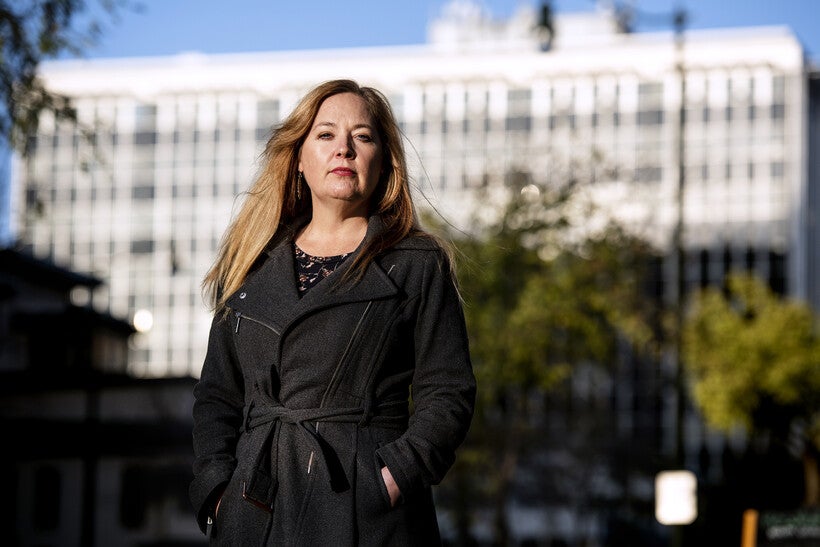 The Pandemic Is Taking A Toll On Kids' Mental Health. School Psychologists Are Worried.

Last year, when then-high school junior Marc Sharp needed to talk to someone, it was as easy as swinging by his teacher’s desk during a passing period or after school.

"I think just being able to talk to him, just kind of go by his office whenever, was a big thing," he said.

But the now-senior’s high school, James Madison Memorial, is all-virtual this year, so those casual visits have been replaced with scheduled calls — which he doesn’t always make it to.

"A lot of times, I just oversleep," he said.

Sharp is a musician under the name BKWDS. Since COVID-19 hit, his basement studio has become a refuge when he’s having a tough day.

"Sometimes I’ll just go down to the studio, just put all my school stuff away and just kinda mess around with my music, give myself some free roaming space," he said.

Sharp describes his mental health throughout high school as "a roller coaster," with ups and downs that meant he’d be fine some days, and struggle to get out of bed on others. COVID-19 has exacerbated the lows. And at the same time, virtual learning has put more of the responsibility on him to reach out to the teachers, school social workers and other people — from friends to administrators — at school who help him cope. 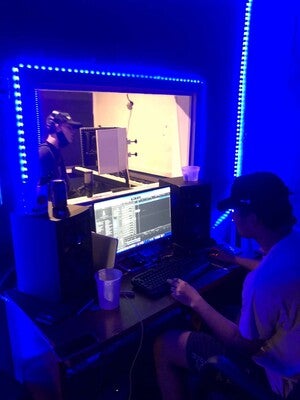 According to the Centers for Disease Control and Prevention, children’s mental health emergencies have increased substantially over the course of the pandemic. Emergency room visits, usually the first point of entry when children have a mental health crisis, have risen 24 percent for children ages 5 to 11, and 31 percent for ages 12 to 17, from April to October in 2020. It’s harder to quantify mental health disorders that fall below the crisis level, but early research shows COVID-19 is likely exacerbating already climbing rates of youth anxiety and depression.

'One Red Button Away'

"We have a population of kids that even in a normal year struggled to be engaged, and struggled to really feel like school is worth the time and the energy — then you add a pandemic on top of that," said school psychologist Angela Lucas Foley, who's also a support coach for other psychologists and social workers at Milwaukee Public Schools (MPS).

The virtual setting makes it harder to help kids in a crisis, she said, because psychologists have much less control over the situation. When she’s working with a student who’s at a high risk of harming themselves in person, she has a lot more tools at her disposal, like an office and other staff nearby.

When that conversation takes place as a Zoom call, she said, "they're like one red button away from being gone."

"Maybe they don't have a cell phone for texting, and you have to navigate through the parent," she said. "Or if you were to do some sort of online therapy session, you really want it to be a confidential kind of space, but that might not be possible."

The pandemic means that students’ struggles can be a bit of a black box for staff at virtual or hybrid-learning schools — they don’t always know who’s struggling, particularly if those students are missing virtual classes, or attend but don’t turn their cameras on.

Thea Gillespie is a sophomore at Madison West High School. Her freshman year, she got involved in musical theater, and joined the school volleyball team. During the warmer months of the pandemic, the team was able to meet up for outdoor workouts and games, but the winter freeze put those get-togethers on ice.

To keep the isolation at bay, she FaceTimes some of her closest friends in between schoolwork.

Teachers and staff are on the lookout for students who seem isolated, and try to connect all their students to resources — for one English assignment, Thea's teacher had the class look up the Suicide Prevention Lifeline to get to know its resources, and had all the students write down the school counselor's and psychologist's contact information so they could keep it handy.

Still, she said, the virtual environment means it falls more heavily on struggling students to reach out.

"Maybe a teacher, if they see you in class and notice that you're not doing the best, they could ask you if you need to go see somebody or talk to somebody," Thea said. "Now, you have to go reach out on your own, and it's, like, all on you."

Her mother, Kisten Gillespie, is a school psychologist at the nearby Lake Mills district and represents Wisconsin for the National Association of School Psychologists. She said depression and anxiety can often be trickier to spot in older students — especially behind a face mask or a screen — than in younger kids.

"They're not displaying those outward behaviors that you sometimes see with the younger children that we work with," she said. "That's the most difficult piece, is catching the kids who are suffering internally and not necessarily making noise or talking to anybody."

As school boards, administrators, teachers and parents around the state have debated whether to switch to in-person learning in their districts, students’ mental health has been one of the driving reasons to put kids back in classrooms.

"Children and adolescents, their emotional health, their emotional development, relies on social interaction," said Stephen Saunders, chair of Marquette University's psychology department and a specialist in adolescent mental health. "When they’re deprived of that, it has a simply devastating effect."

Virtual interactions can help, he said, but they’re a poor substitute for face-to-face conversations. With the broad disruption wrought by COVID-19, though, simply bringing students back into classrooms doesn’t resolve their mental health concerns.

In the Lake Mills district, where Kisten works, students have been mostly attending school in person since the start of the year.

"There’s a lot of grief right now, but the students don’t really have the right words to express that, or they don’t even know what it is that they’re feeling," she said.

Kisten works with students ranging from fifth to twelfth grade.

"The younger students that I have talked to, they tend to need a little more time to process what it actually all means, and when is it going to be back to normal — just needing some reassurance," she said.

Her older students are dealing with that anxiety on top of concerns about their future — especially in the pressure-cooker junior and senior years, when many are coupling normal school stresses with college applications and post-grad plans.

"With our older kids, it’s, 'What if I miss prom, my graduation, what is this college going to think, am I getting my academics where they need to be?'" she said. "These young adults about to go out there into the world, this is not how they expected their senior year to be, nor did the class last year expect their senior year to end the way it did — they’re grieving."

Saunders, the Marquette professor, said families and school staff should be watching for students who continue to isolate themselves even after they’re back in school in person.

"They want to be on the lookout for excess sadness, and anxiety," he said.

Younger children may have missed part of the period when they learn the basics of social interaction, and may not have the same tools to build the relationships they need because of the forced isolation and disruption of the pandemic.

"Realize that a five-year-old is actually potentially at the level of a four-year-old, and realize that a second-grader is maybe functioning at the level of a kindergartner," he said. "We’re probably going to have to spend a lot of time on teaching initially, or reteaching, reinforcing, strengthening the social skills of children, because they haven’t happened on their own."

Children struggling with their mental health, he added, are going to have a much harder time focusing on studying and learning new material, so focusing on the social-emotional pieces may have to come before getting them back on track with learning.

Living through a pandemic, though, has taught children and adults new levels of resilience, said Kisten.

"I’m still very hopeful that we see the opportunities within all of this that is happening to us — there are so many things that we just adjusted to, that nobody thought we could," she said. "We gotta take the test stories with a grain of salt, we’ve gotta take a lot of things with a grain of salt, and rather than look at it as a deficit model, I really think we need to reframe the way we’re looking at these things."

If you or someone you know is struggling, the National Suicide Prevention Lifeline is available 24 hours, seven days a week at 800-273-8255. The Wisconsin chapter of the National Association of Mental Illness also has information and resources available on its website at https://namiwisconsin.org/.