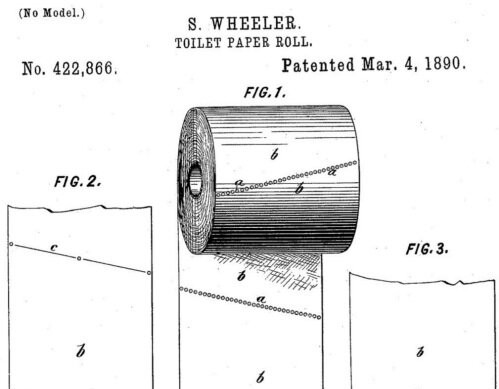 Toilet paper patent in 1890 by Seth Wheeler of Albany, N.Y. Photo courtesy of the U.S. Patent and Trademark Office

Pandemic Fuels Panic Over Toilet Paper, Museum Rolls With It

Out of the Victorian Era came a whole host of inventions that we still use today: postage stamps, Christmas cards, photographs, sewing machines, indoor plumbing and toilet paper.

And occasionally — like during a pandemic when people panic buy loads of toilet paper, leading to a shortage — we are reminded not to take those inventions for granted. 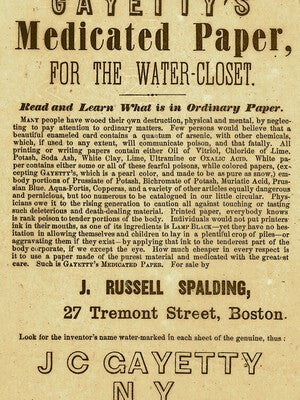 Responding to the frenzy over toilet paper during the start of the COVID-19 pandemic, George Schroeder sought to shed some light on where toilet paper came from and how Wisconsin helped shape its supply.

Schroeder is the executive director of the Hearthstone Historic House Museum in Appleton. The museum's online-only exhibit, "Flushed with Success: Milestones in Toilet Paper Development," details the history of toilet paper and the invention of the toilet that preceded it.

"It's one of the few Victorian industries that is still thriving today," he said.

"Flushed with Success" is a timeline of the standard bathroom fixture that was once marketed as a luxury item, specifically for hotels. Flushed toilets were first installed in the Tremont Hotel in Boston in 1829. It wasn't until 1857 that Joseph Gayetty began advertising "The Greatest Necessity of the Age" — Medicated Paper.

It makes sense that one invention led to the other. Schroeder said the privies, or outhouses that preceded the flushed toilets, could "accommodate the entire Sunday edition of The New York Times." But flushed toilets were a little bit more selective in the type of products it would flush. Gayetty named it Medicated Paper as a marketing tactic, calling it safer than heavily inked and bleached paper.

This paper didn't come in a roll like we're used to. Instead, it was packaged as flat sheets and each sheet even had a watermark of Gayetty's name.

"A bold marketing move, if you think about it," Schroeder said.

The perforated, rolled toilet paper came in 1871 from New York inventor Seth Wheeler, which he continued to improve on. He didn't have a whole lot of luck, though, because there weren't enough toilets on the market yet.

Scott Paper Company, which began in 1890, was probably the most successful early company that sold its toilet paper exclusively to hotels, Schroeder said.

"By the 1920s, it's the leading supplier in the word," Schroeder said.

Wisconsin enters the market in 1901 with the Northern Paper Mill in Green Bay and becomes competitive with Scott by the 1920s.

"It is really a recession-proof market that is central to the economy of northeastern Wisconsin," he said.

The History Of Toilet Paper, And Wisconsin's Role 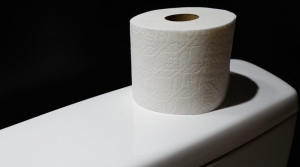 As the COVID crisis hit the United States, it was very hard to find toilet paper on store shelves. A Wisconsin museum put together an online exhibit about the history of toilets and toilet paper, and Wisconsin's role in that story.