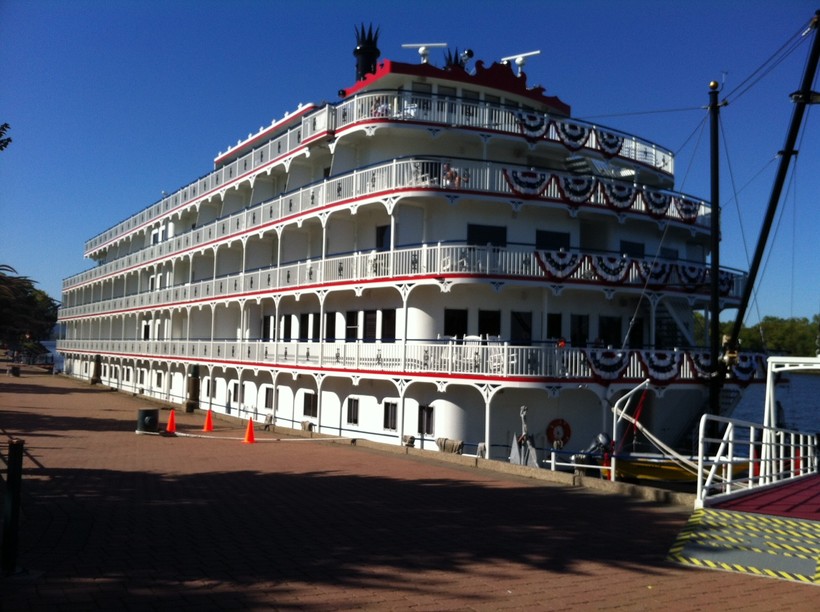 After a four year break, Mississippi River cruises are making a comeback in Wisconsin.

The La Crosse riverfront was buzzing with excitement and nostalgia yesterday, as the riverboat Queen of the Mississippi docked downtown. With passengers coming and going from the brand-new, five-story paddlewheeler, a ukulele band and people dressed in Civil War-era attire welcomed the guests.

"If you go back 125 years, the paddlewheelers and the steamboats, that's what grew the development of this area," he says. "It's a very key part of who we are as a community and region."

Clements says the cruises help downtown businesses. Passengers also explore local tourist attractions and take smaller boat tours while in town. Clements says the paddlewheelers attract sightseers, too. "We get people from the eastern side of the state or from Illinois or the Upper Peninsula of Michigan, specifically to see these boats," he says.

And it's drawing locals downtown. Lifelong La Crosse resident Tom Schilling brought his lawn chair to watch the boat for a couple hours.

"I wouldn't miss the docking of these paddlewheel boats," he says. "It just reminds me of yesterday when they used to come through many years ago."

At 11 o'clock on the dot, the Queen of the Mississippi set north on the river. The boat, along with the American Queen, will make multiple stops in La Crosse through November.