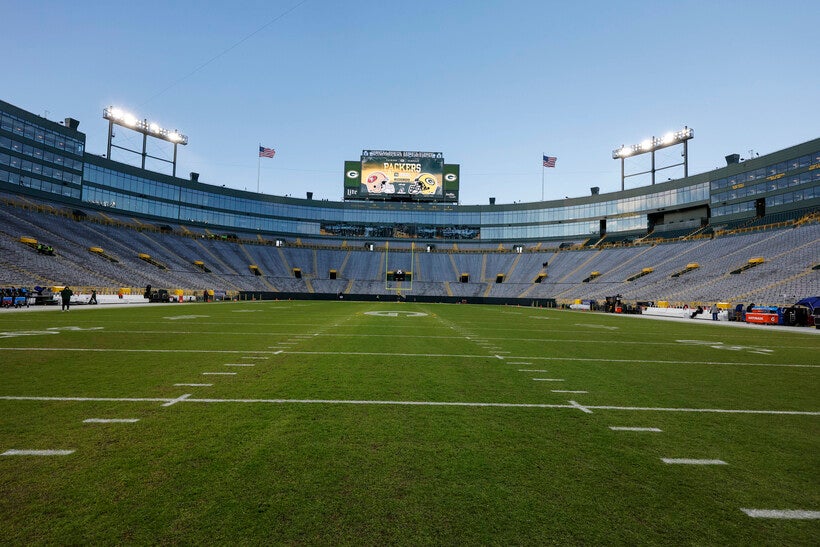 The Packers chose linebacker Quay Walker and defensive tackle Devonte Wyatt of Georgia in Round 1 of the NFL draft
By WPR Staff
Share:

In an offseason that saw the Green Bay Packers lose two of their top wide receivers — including one of the league's best — fans might have expected the team to draft a new pass catcher on night one of the NFL Draft.

Instead, the Packers spent their two first-round picks on defensive players, leaving questions about the team's offense unanswered for at least another night.

The Packers chose linebacker Quay Walker with the 22nd overall pick in the draft and defensive tackle Devonte Wyatt with 28th pick. Both Walker and Wyatt played in college for the 2021-22 national champion Georgia Bulldogs. 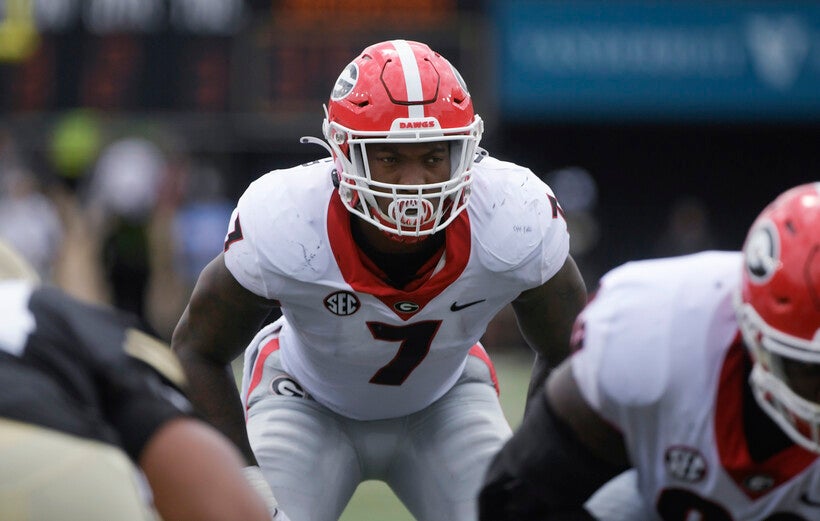 Georgia linebacker Quay Walker gets ready for a play against Vanderbilt during an NCAA college football game Sept. 25, 2021, in Nashville, Tenn. Walker was selected by the Green Bay Packers in the first round of the NFL draft Thursday, April 28, 2022. John Amis/AP Photo

It's the second straight year the Packers have used their first-round pick on a defensive player. In 2021, they chose cornerback Eric Stokes, also from the University of Georgia.

"I think the odds would have been best that they would take at least one receiver, but it wasn't at all a shocker that they didn't," said Pete Dougherty, a Packers columnist for the Green Bay Press Gazette and USA Today Network-Wisconsin.

Dougherty said the decision was consistent with Packers general manager Brian Gutekunst's history leading the team's draft. Gutekunst, Dougherty said, does not stray too far from his draft board, or the list of players the team has scouted and graded ahead of the draft.

In Walker and Wyatt, Dougherty said the Packers could have pieces for a big athletic front seven, the group of defenders who play closest to the line of scrimmage.

That said, the team's needs on offense, and specifically wide receiver, have not gone away.

The only reason the Packers had two first-round picks is that they acquired one when they traded perennial all-pro wide receiver Davante Adams to the Las Vegas Raiders. Adams was the Packers' leading receiver for the past five seasons, and no one else was particularly close.

Dougherty said that means the team has to find new receivers somewhere.

"I wouldn't be surprised at all if they have the worst receiving corps in the NFL," Dougherty said. "They're short on numbers. (Randall) Cobb is old. They don't have anyone who I would consider a No. 1 or 2 receiver on the roster. So it's pretty dire."

Dougherty said he wouldn't be surprised if the Packers pick two wide receivers on Day 2 of the NFL draft Friday. The Packers own two picks (53rd and 59th overall) in the second round of the draft, one of which they acquired in the Adams trade. They also have the 92nd overall pick in the third round. 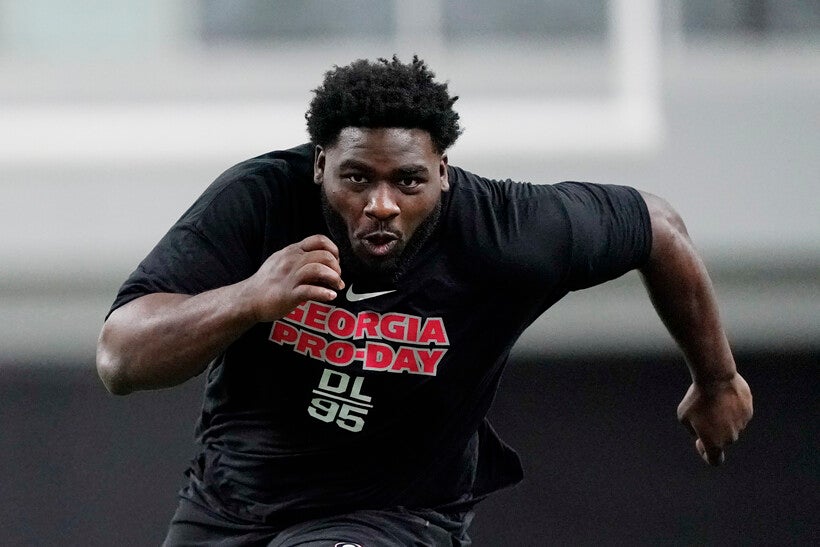 Devonte Wyatt runs football drills during Georgia's Pro Day on Wednesday, March 16, 2022, in Athens, Ga. Wyatt was selected by the Green Bay Packers in the first round of the NFL draft Thursday, April 28, 2022. Brynn Anderson/AP Photo

The Packers have had historically good luck drafting receivers in the second round, where their standout picks include Adams, Cobb, Jordy Nelson and Greg Jennings.

The Packers also hold six picks rounds 4-7 of the NFL draft, which will take place Saturday.

In recent seasons, quarterback Aaron Rodgers criticized the Packers for not drafting wide receivers early, but he indicated Thursday on the Pat McAfee Show that he was kept in the loop on the team's decisions this year.

Several teams have addressed needs for wide receivers with blockbuster trades this year, and there's a chance Seattle Seahawks wide receiver DK Metcalf and San Francisco 49ers wide receiver Deebo Samuel could still be on the trade market. But Dougherty doubts those teams would reach a deal with Green Bay.

"They're not going to want to deal with the Packers unless they get just an offer that blows them away," Dougherty said. "They just don't want to trade to an NFC rival somebody they'd have to go through to get to the Super Bowl."

The Packers did sign ninth-year wide receiver Sammy Watkins this offseason. Watkins played previously for the Baltimore Ravens, the Kansas City Chiefs, the Los Angeles Rams and the Buffalo Bills.