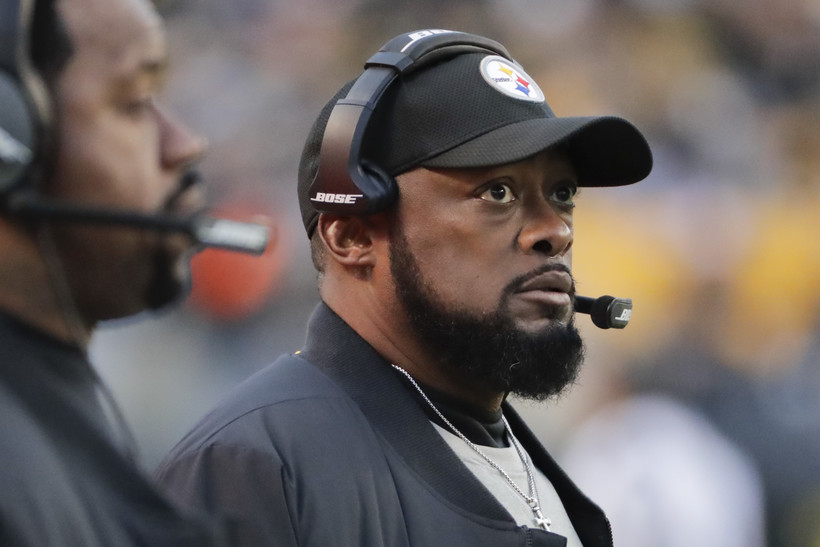 KeyShawn Carpenter grew up knowing he wanted to coach. As a young athlete, he was lucky to have good role models, he said. Now he wants to give back.

"If you can help somebody improve even a little bit, you did something good for them," he said.

After a standout career as a running back at the University of Wisconsin-Stout and a stint as a social worker, Carpenter returned to his former team. As a graduate assistant with the Blue Devils, he helps coach running backs and breaks down defensive film.

Carpenter, 24, is from Evergreen Park, Illinois. He didn’t take up football until high school, but he started playing baseball at 4 years old. Sports have always been a big part of his life, he said.

Growing up, Carpenter always had coaches who looked like him. As men of color, they could understand the challenges he faced on and off the field, he said.

At football’s highest level, however, there’s a clear lack of diversity among coaches. About 70 percent of NFL players are black, but the league has just three African American head coaches.

Any time the majority of an organization’s employees come from one racial or ethnic group and most of management comes from another, it can lead to inequity, Morgan said.

The dearth of minority head coaches in the NFL isn’t new, he noted. The league took steps to address it in 2003 when it established the Rooney Rule, requiring diversity in the recruiting process, but little progress has been made.

That’s why NFL owners voted this week to expand the rule.

The amended rule also makes it easier for assistant coaches to interview with other teams, and for the first time, it now applies to some front-office positions.

Of course, it’s unclear if these changes will actually shift hiring practices in the NFL.

Morgan said it’s tough to pinpoint exactly why there aren’t more minority head coaches in the league. Unlike the NBA, there aren’t a lot of professional players who go on to coach at high levels, he said.

Rather, many NFL coaches come out of the college game where they likely spent years learning under more experienced colleagues, he said.

"One of the most difficult things to do, as we all know, is to gain experience when you can't get hired in the first place," Morgan said.

A piece of the amended Rooney Rule aims to address this issue. All 32 teams are required to create a minority coaching fellowship to "provide NFL legends, minority and female participants with hands-on training in NFL coaching."

The fellowships go beyond providing experience to coaches from under-represented groups, Morgan said. Getting minority coaches on the sidelines also helps show the next generation what’s possible.

"Seeing minority coaches at those higher levels just gives you hope that maybe, 'Hey, I could do that, too," Carpenter said.

For now, Carpenter is staying optimistic and, like countless other Wisconsinites, hoping the coronavirus pandemic won’t interfere with football season this fall.

"'I'm excited about it and just ready to get back after it," he said.