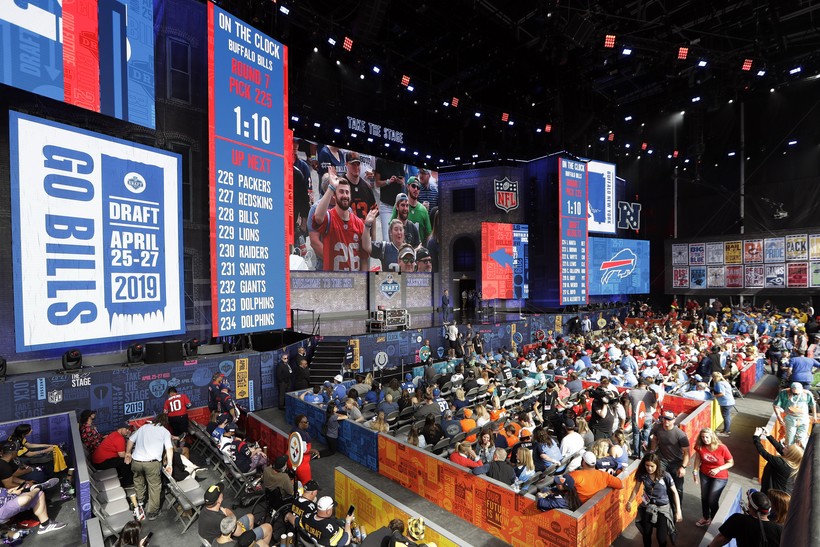 This came after a false report on Twitter claimed Green Bay had been awarded the 2022 draft. While no city has been confirmed to host it, the Packers remain "aggressively committed" to bringing the event to Green Bay, team president Mark Murphy told Packers.com. The Packers have also bid on the 2024 draft.

Murphy cited the Titletown District and the coming Resch Expo facility as reasons Green Bay is well-suited to host a large event like the NFL Draft. Titletown is a new development west of Lambeau Field featuring outdoor space, athletic fields, restaurants and a hotel. Resch Expo, scheduled to open in 2021, will replace the demolished Brown County Veterans Memorial Arena. The 127,000 square-foot facility is expected to cost $93 million.

According to the NFL, more than 600,000 fans attended the 2019 draft in Nashville. If the draft comes to Green Bay, it would be among the largest events in the city’s history, the Green Bay Press Gazette reports.

Rob Demovsky, who covers the Packers for ESPN, tweeted logistics are in place should the draft be awarded to Green Bay.

From what I was told, the Packers/city of Green Bay are very much in the mix — to the point that logistics are in place in case — but no decision has been made yet. https://t.co/iScTTgLDt3

In addition to bringing more than half-a-million people to Nashville, the 2019 NFL Draft attracted a record 47.5 million television viewers across three days. According to the NFL, that number was up 5 percent over 2018. The draft was broadcast in 115 countries.

New York City hosted the draft for 50 years in a row from 1965-2014. Since then, its location has rotated. The 2020 NFL Draft will take place April 23-25 in Las Vegas. The three-day event will feature the NFL Draft Experience, a free football festival for fans, as well as live performances.