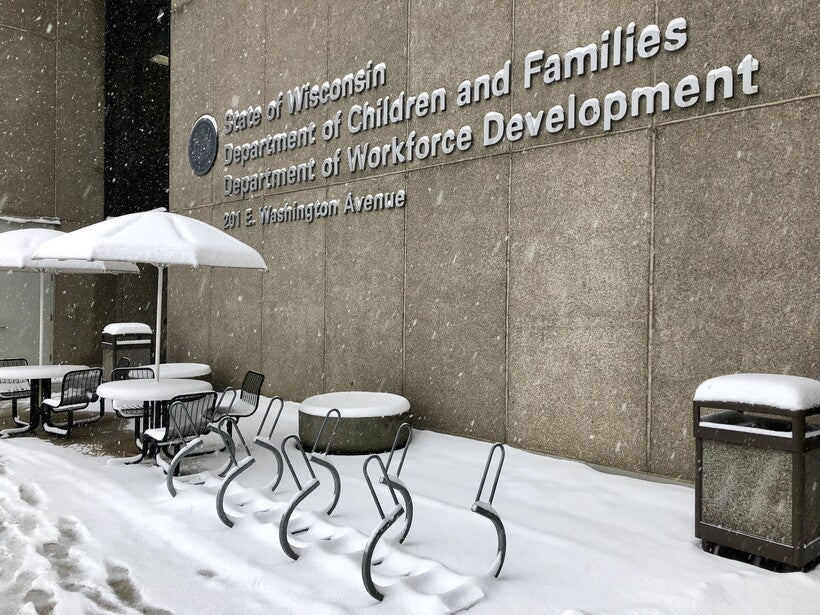 The Wisconsin Department of Children and Families is hearing that counties need increased funding to address rising caseloads and costs for counties related to parental drug abuse.
Danielle Kaeding/WPR

'Our Unemployment System Is Very Broken:' The Changes Wisconsinites Want To See To The Process

The session is scheduled to start Jan. 19 at noon, according to the order. But Wednesday afternoon Republican leaders of the state legislature resisted calls to come into special session, arguing Evers has the authority to fix the system on his own right now.

Evers announced plans for the special session in his third State of the State address Tuesday night, saying administrations going back more than a decade knew the unemployment system couldn't handle an economic crisis but "they never took the time to fix it."

"This past year brought to bear the inaction of my predecessors and members of this and previous legislatures who avoided their responsibility and duty for far too long," Evers said. "Well, I’ll tell you this: it’s gone on long enough. It ends tonight."

"Governor Evers already has the funding and tools he needs to fix the problems at (the state Department of Workforce Development)," Senate Majority Leader Devin LeMahieu (R-Oostburg) said. "Now, instead of effectively using his resources, he's scrambling to shift blame while people are still left waiting."

The system has been riddled with long delays and other problems over the last several months as the coronavirus pandemic and the economic downturn it created put tens of thousands of people out of work in the state.

Robert Orzco, a Milwaukee resident who said he had to wait five months before his unemployment claims were paid, said he was glad to hear Evers call the special session.

"It's really needed," Orzco said. "Our unemployment system is very broken and it needs a lot of changes."

Chief among them for Orzco: more transparency.

"(The system) left a lot of people in the dark, and they don't know what's going on," he said. Orzco added that it was hard enough to have no idea when he would get his unemployment payments, but he said that situation was made worse by having no indication from the state Department of Workforce Development, which administers unemployment, about when that would change.

In an email, Lee Schutter, a Verona resident who similarly waited five months for her claims to be paid, stressed the need for DWD to communicate in language that is understandable. That point was reiterated by Chenon Times-Rainwater, an unemployment recipient and co-founder of the Wisconsin Unemployment Action Group. Times-Rainwater said in an email that the system is riddled with "questions and processes that continue to be utilized to throw claimants into a spiral of denials.”

Schutter also expressed frustration with the lack of knowledge some DWD representatives display, saying that it's possible to ask the same question to two different people and get two entirely different answers.

Hudson resident Rebecca O'Connor waited eight months before her claims were partially approved, but continues to wait to receive her payment. O'Connor said DWD must find a way to get claims paid out more quickly, a near universal sentiment among those who've waited in the backlog.

"I don't know why they just are taking their sweet-ass time with everybody," O'Connor said. "It's frustrating."

The state's unemployment system has been plagued by problems since the start of the pandemic. Tens of thousands of Wisconsinites who lost their jobs because of the COVID-19 economic downturn waited for months with no aid while DWD set up the technical infrastructure for new unemployment programs created by Congress.

Many desperate for financial assistance talked about dialing DWD hundreds of times in an attempt to get through to someone who could answer questions about their claim. And tens of thousands saw their claims languish in a massive backlog that DWD has only said it was able to clear in late December, more than nine months since the start of the pandemic.

Amid the failures of the unemployment system, those looking for assistance were, and are currently, in increasingly desperate financial situations. According to interviews with multiple people waiting for unemployment, many saw their mortgage and rent bills pile up. Others wracked up credit card debt while some resorted to selling things in an attempt to get by.

Anger and outrage about delays and a confusing system from those waiting has boiled over in countless posts on online unemployment support groups. And more than 10 months into the pandemic, a deep cynicism about whether the unemployment system will ever be fixed has taken root among many who've had to rely on it.

Issues with the system surfaced following an unprecedented level of strain on the unemployment system in Wisconsin and across the country as stay-at-home orders effectively put millions in line for unemployment overnight.

According to DWD, since the start of the pandemic, the agency processed close to 9 million weekly unemployment claims, nearly two million more than all of the claims processed in the four years from 2016 through 2019.

DWD has also blamed continued delays on its old computer system, which officials have said only allows them to set up one unemployment program at a time. That caused massive problems as Congress rolled out three brand-new pandemic unemployment programs as part of the first round of coronavirus relief in March. Those problems have persisted as additional new programs have been created over the course of the pandemic, in addition to changes to existing programs that must all be made in that aging computer system.

In September, Evers fired then DWD Secretary Caleb Frostman, calling the long delays "unacceptable." Amy Pechacek took over as transition director of the agency and in late December was named secretary-designee of the department.