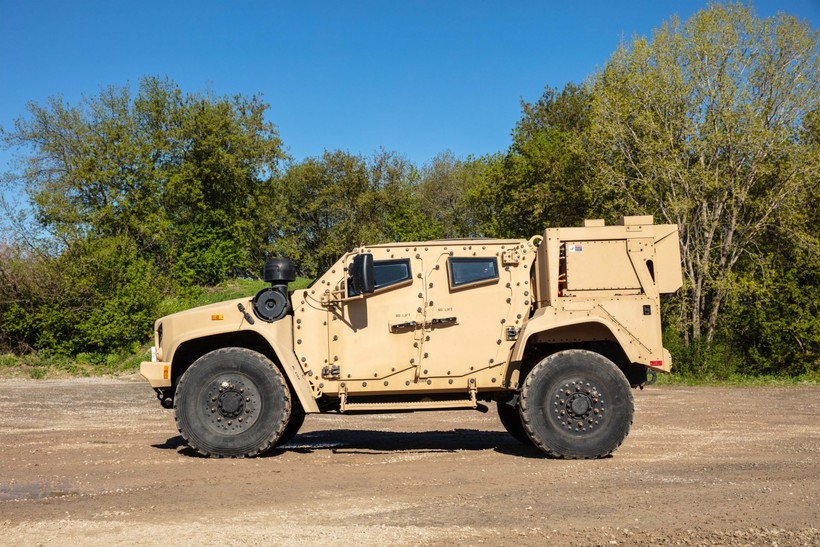 The patents are related to the accessory drive approach, battery and inverter integration and the range and capability of the Oshkosh vehicle.

The U.S. Army has a goal to field hybrid-drive tactical vehicles by 2035, according to its climate strategy plan released in February of this year.

Francisco Sayu is the emerging technology director for Renew Wisconsin, a nonprofit that promotes renewable energy. He said there could be many advantages of using hybrid and electric vehicles in tactical settings, including risk management.

In addition to better fuel economy, Sayu said the reduced noise and fumes from hybrid and electric vehicles could be an advantage in a military setting. The eJLTV has silent drive and silent watch capabilities, according to a press release.

Oshkosh Defense still has 18 pending patent applications for the eJLTV. Last year the company received a multi-billion dollar federal contract to build up to 165,000 postal trucks, which it opted to manufacture in South Carolina instead of Wisconsin.