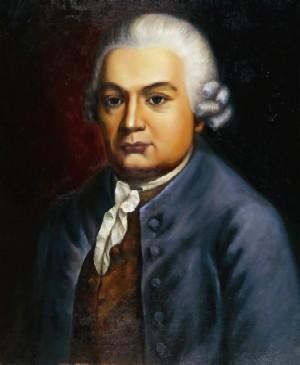 One of a Kind

In 1774 Carl Philipp Emanuel Bach wrote a description for a biographer of his late father Johann Sebastian:

The first thing he would do when trying out an organ was to joke, “Above all, I have to find out whether the organ has good lungs.” He’d pull out all the stops and play in as many voices as possible, making the organ builders turn white with fear. The precise tuning of the instruments and of the whole orchestra got his undivided attention. No one could tune and quill his instruments to suit him.  He did everything himself.

He had a perfect understanding of the placement of an orchestra. He knew how to use any space. He knew at a glance any idiosyncrasy of a place. Here’s a notable example. He came to visit me in Berlin and I showed him the new opera house. Right away he perceived its strengths and weaknesses with regard to music. I showed him the great dining hall in it. We went up to the gallery that skirts the upper part of the hall. He looked at the ceiling and, without studying it ahead of time, he said that the architect had accomplished something without intending to and without anyone knowing it, which is to say, if someone whispered a few words up the wall in one corner of the rectangular hall, then someone else standing diagonally in the other corner facing the wall would hear it quite clearly, whereas people standing in the middle or in other places wouldn’t hear a thing. Until now a very rare and marvelous architectural accomplishment!

He heard the slightest wrong note in the richest texture. As the greatest judge and connoisseur of harmony he enjoyed playing the viola most, with appropriate dynamics. From his youth into his later years, he played the violin with a clean, penetrating tone, and in so doing, kept the orchestra more precise than he could have done with the harpsichord.