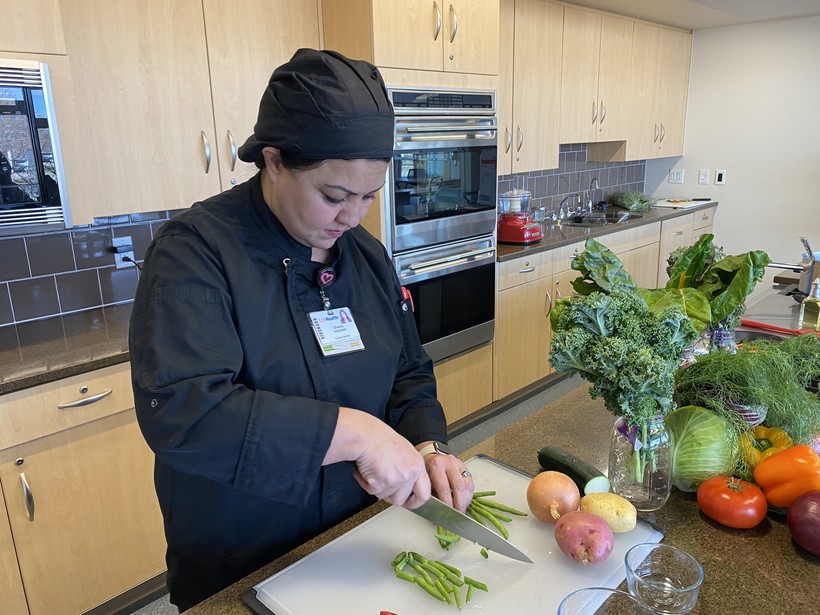 Shekeba Samadzada, a chef at UW Hosptial in Madison, prepares ingredients for her vegetable korma. Photo by UW Health and courtesy of Health Care Without Harm

Once a refugee, Afghan chef at UW Hospital makes award-winning dish for patient from Fort McCoy

Chef with UW Health is recognized for vegetable korma dish she learned from her mom
By Jonah Beleckis
Share:

When Shekeba Samadzada makes vegetable korma at UW Hospital in Madison, she thinks of her mom. Just about every time. That’s where the recipe came from, after all.

"I was really young when my mom taught me how to make this veggie korma," she said. "She taught me a lot more dishes, too, but this one is one of the special ones."

Samadzada was born in Afghanistan. As a child, she went to Pakistan and later the United States as a refugee. So, when her supervisor approached her about what dish to make for an Afghan refugee patient who had come from Fort McCoy, she knew what could make them feel a little more at home.

For the vegetable korma recipe, Samadzada and fellow UW Health chef Dan Hess won a culinary contest through Health Care Without Harm and Practice Greenhealth, groups that work at the intersection of health and environmental sustainability. 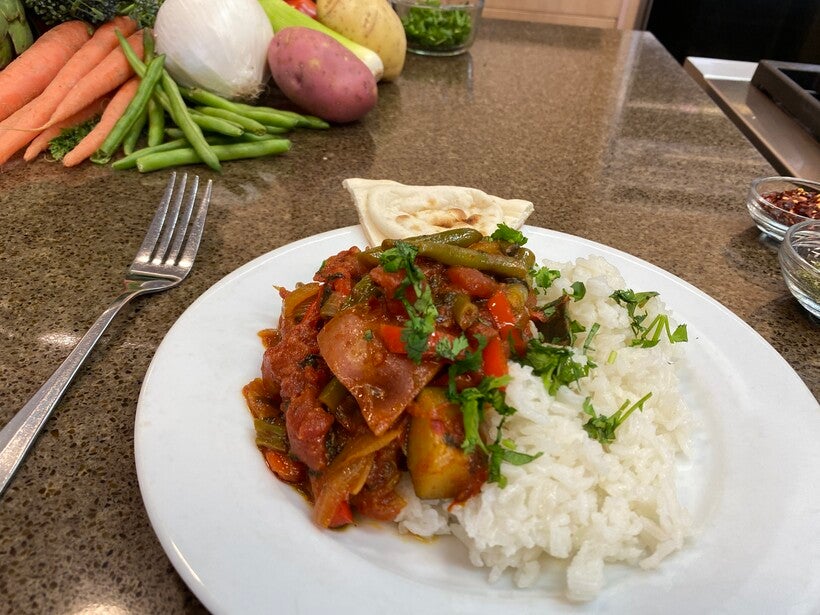 Health Care Without Harm on its website says the two received a plaque at CleanMed 2022 in Kansas City, Missouri, and they will be further celebrated June 14-16 at the Culinary Institute of America’s upcoming Menus of Change Leadership Summit.

The group praised the chefs, saying they "won our appetites and our hearts." The contest judges appreciated how the dish could sell out in a day, as well as how the chefs had "strategies for serving plant-forward in the Midwest and how hospitals can be as 'home-like' as possible."

Samadzada opted to go with a vegetable dish so she could serve it to people who don't eat meat. The dish, which she said is also gluten-free and dairy-free, is full of flavor, with ingredients including garlic, coriander and turmeric.

"Everybody can have it," she said, adding that people can make the dish with meat if they choose.

The dish has become a regular item in the hospital cafeteria dish rotation. It appears once a month, most recently on Monday, she said on Wisconsin Public Radio's "The Morning Show."

"People loved it," she said. "All the employees, doctors, nurses. Everybody loves it." 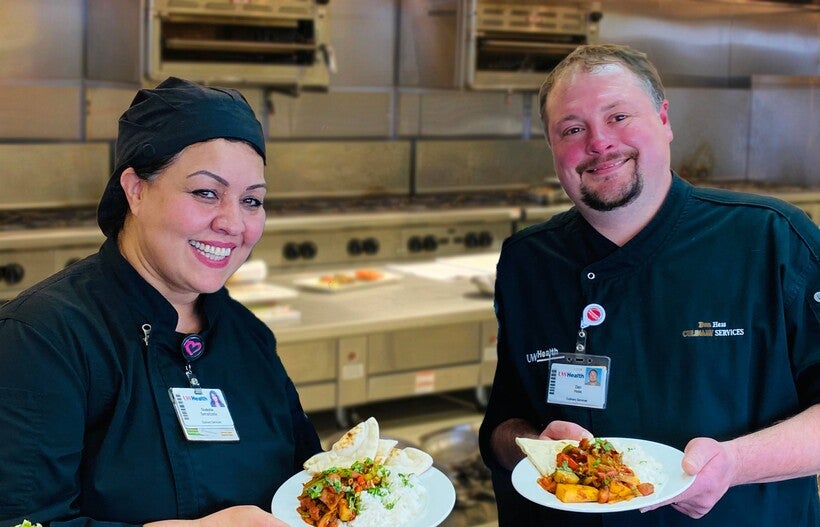 Hospitals are stressful places. But Samadzada loves cooking, and she said it warms her heart when a meal can make a patient happy. Patients and their friends or family can get lost in a delicious meal for a moment — a moment to get away from whatever hardships they might be facing in the hospital.

Refugees are certainly familiar with hardship, and Samadzada understands that experience quite well. Everything is new — new countries, new places, new people. It takes some getting used to. It was hard for her in the beginning, too.

She started as a dishwasher at Kabul, the Afghan restaurant on State Street in Madison that closed about four years ago. She worked there for 17 years, during which she became a cook.

The latest group of Afghan refugees are making their adjustments to life in Wisconsin, just as Samadzada did years ago. 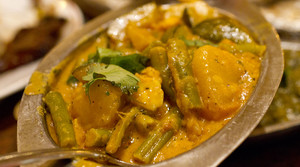 Shekeba Samadzada was one of two UW Health Chefs that recently won a national award for a dish served to pediatric Afghan refugees coming from Fort McCoy. We speak with Shekeba about the dish and the importance of giving a taste of home.