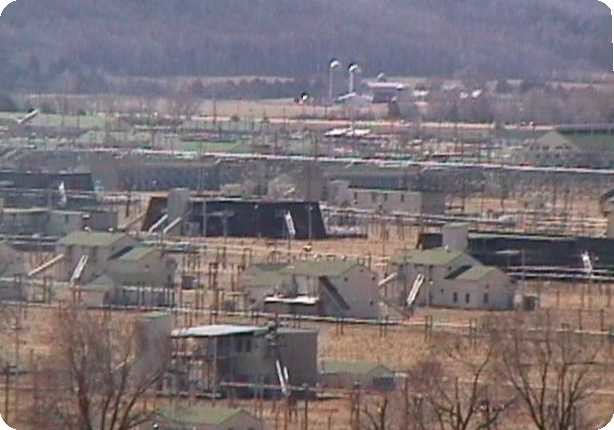 Prior Site Of Badger Army Ammunition Plant Open To Public Through End Of May
By Chris Malina
Share:

For decades, if anyone drove down Highway 12 hill between Baraboo and Sauk City, they would be greeted by a view of buildings as far as the eye could see.

Now, that view is significantly different. Most of the buildings are gone, and the prairie that once dominated the land is showing signs of a comeback.

The buildings were all part of the Badger Army Ammunition Plant. At the time of its construction, it was the largest munitions facility in the world and would go on to play a crucial role in three American wars.

Now, more than 15 years after the plant’s decommissioning and shortly after the demolition of the buildings, the land is open to the public as a state recreation area.

Verlyn Mueller, an archivist with the Badger History Group, said he’s seeing a lot of interest in the site.

“People have been driving by there for years, and saw those buildings, and thought ‘Well, what was this place?’” Mueller said. “Now, we can see it … and there’s nothing to see of what was there.”

But how did Wisconsin end up with the largest ammunition plant in the world in the first place?

According to Mueller, Sauk Prairie was selected for the plant because it matched up relatively well with the U.S. Army’s criteria. It was far enough away from a coastline and a major city and it was in close proximity to a water supply, power supply, highways and rail, and a labor force.

Which is not to mention: plenty of land.

A chunk of the land was sold after World War II, though some of it was reacquired when the plant was active during the Korean War.

During World War II, Badger employed about 12,000 people. Mueller said the plant had a significant economic impact on the area.

“I don’t think there was any problem getting people to work at Badger in ’42, because everybody was looking for a job,” Mueller said.

He pointed out, however, that the Army had a harder time finding employees in 1944, when the rocket production plant was built.

“Everybody who wanted to work was working at least one job…a lot of people were working two … so the Army did a lot of recruiting to get people to work there,” he said.

Badger specialized in the production of propellant, or, “the stuff that makes the bullet go from the gun to the target,” according to Mueller.

“We were capable of making smokeless propellant for any weapon from the M1 carbine up to the 16 inch guns on the battleships,” he said. Rocket propellant was eventually produced, as well.

The plant was put on stand-by between wars, although after Vietnam, it wasn't needed again. The Army declared the plant in excess of its needs in 1997 and clean-up has been happening since, culminating in the demolition of most of the buildings.

Last month, the Badger site re-opened, at least temporarily, as the Sauk Prairie Recreation Area. The public is welcome to come and explore the site in the coming weeks, but the area will be closing at the end of May. “The DNR is still working on its master plan process,” Mueller said. For now, though, visitors can hike, bike and hunt turkeys throughout the area’s thousands of acres.

More information about the Sauk Prairie Recreation Area can be found on the Wisconsin Department of Natural Resources’ website.