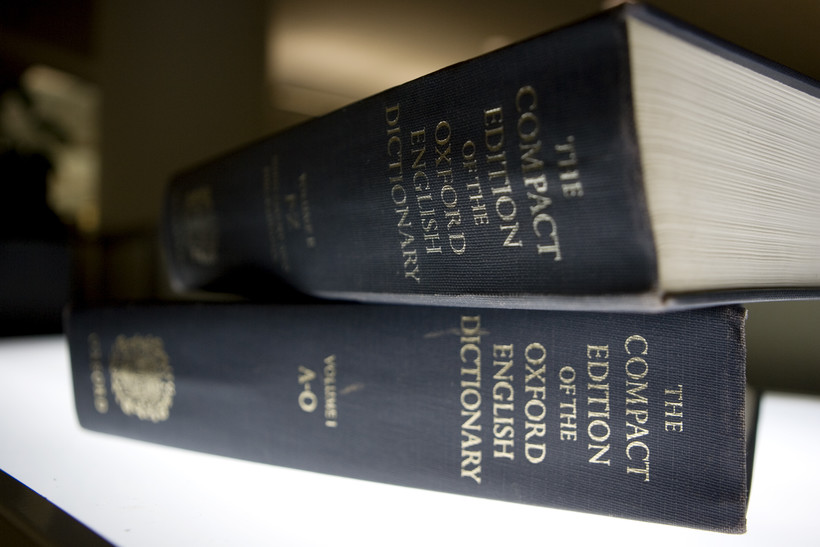 In this Sunday, Aug. 29, 2010 photo, an Oxford English Dictionary is shown at the headquarters of the Associated Press in New York. Caleb Jones/AP Photo

When NPR science correspondent Joe Palca was stuck at home during the early stages of the COVID-19 pandemic, he came across an Oxford English Dictionary (OED) in his attic.

He decided to make use of it.

He created an algorithm to randomize pages in the OED and assign them to a number, one to 100. On day one, he turned to the randomly assigned page to choose an obscure word that struck his fancy. Then, he sent the word and its definition to his email list with the subject line, "Ode to OED."

Words like Obeliscolychny: A lighthouse; Xyster: A surgical instrument for scraping bone; Pard: A panther or leopard; Uncolike: In a strange manner; Rappee: A course kind of snuff made from darker and ranker tobacco leaves.

"They roll off the tongue. They're curious. They're weird. I don't know, it interests me," he said. He began sending the emails out in mid-July of last year.

But eventually, that got tedious.

"The challenge was to find an interesting word on one page of the OED," he said. "And sometimes, I got to tell you, it was dull, dull, dull."

"Today's word: self-improvement/improvement of oneself," he writes in the email. "It's days like this that I wonder where the OED's reputation comes from."

That email was followed by one on March 1 with the word suspecter, defined as one who suspects. "I'm getting discouraged," Palca wrote.

By late April, Palca decided to shift gears. Instead of sending out an obscure word via email every day, he would send them only on prime number days.

"Ode to OED PRIME" calls on email subscribers to send fun, weird and quirky words to Palca, who would forward them onto the email list.

One of the contributions was of the word Petrichor: The smell when it rains after a period of drought. The word was invented by two Australian scientists in 1964. They were trying to identify the cause of that smell and found oil in rocks and soil that's only released when moisture is present. They named it — petrichor.

But Palca also decided to share words he recalled from his 7th grade teacher, Mr. Glidden. Every day, he would write a word on the board that was funny or weird.

Zarf was one of them. Zarf: A metallic holder for a coffee cup. Like an old-school to-go coffee sleeve.

And Lūstrum: the five-year period between censuses in ancient Rome.

"I mean, your opportunities to use these words are limited," he quipped. "But I just like them."

There are a few words Palca came across that he'd never use, like Simpulum: a small ladle used for dripping out wine for libations.

Some are a bit more 21st century applicable, like Artiodactyl: An even-toed ungulate, such as a cow; or Rampallion: A good-for-nothing scoundrel, a wretch.

Or, there's Umwelt: Each organism’s particular experience of the environment; and Qualia: Specific instances of perception, such as how a person experiences color or pain.

And just for fun, Stinkibus: Bad liquor or adulterated alcohol.

"You want to watch out if somebody offers you a stinkibus," Palca said.

Anyone who wants to receive Palca's Ode to OED should email jpalca@npr.org with the subject line OED.

NPR's Joe Palca on His Love Of The OED 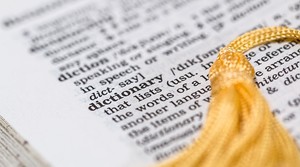 A few months into quarantine, NPR science reporter Joe Palca's eye turned towards a huge book sitting in his attic: the Oxford English Dictionary. And so his Ode to the OED was born -- a celebration of all the words, both normal and recondite, within its pages. He tells us some of his favorites.