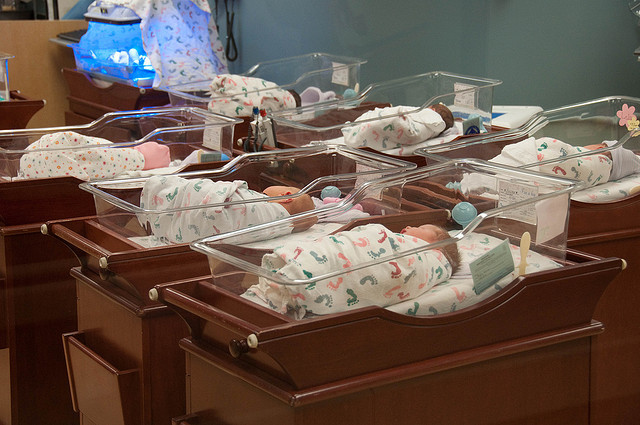 About 67K Infants Were Born In 2013
By Maureen McCollum
Share:

The number of births in Wisconsin has dropped for the sixth year in a row.

The Department of Health Services says there were more than 66,500 live births in 2013, 663 less than the year before. The number of births has been falling in Wisconsin since 2007, a trend that is somewhat reflected nationally.

Debbie Ehrenthal is director of the Lifecourse Initiative for Healthy Families at University of Wisconsin-Madison’s School of Medicine and Public Health. She said there are a number of factors at play.

“I think one of them is women are delaying child bearing,” she said. “That’s likely related to the economy. And then I think we’re also seeing the success of teen pregnancy prevention strategies. So we’re really seeing a fall in that group. It’s obviously a small group so it’s not having a big impact, but it’s certainly a piece of what’s happening.”

Ehrenthal said it’s expected that once the economy picks up, birth rates will once again rise.