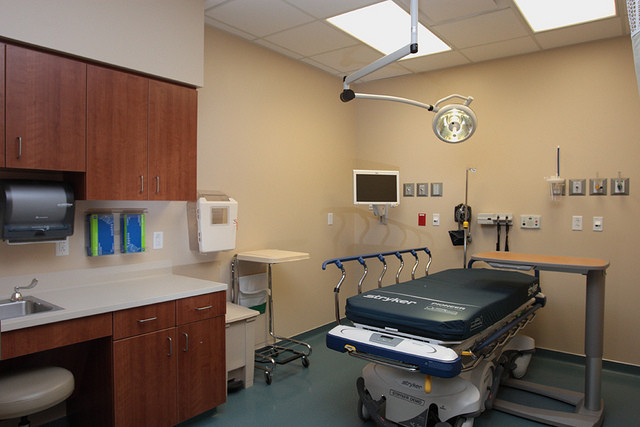 A study from the Health Policy Institute shows dental care in the emergency room is growing faster than overall ER visits, making it hard to contain health costs as emergency rooms across the U.S. are seeing more patients with painful tooth problems.

In Wisconsin, the number of emergency department visits for non-traumatic dental complaints increased 20 percent from 2006 to 2010, according to the state's Department of Health Services' Healthiest Wisconsin 2020 Baseline and Health Disparities Report.

Joe Seals, a 44-year-old Madison man, was recently in the ER for a filling that fell out.The pain was so bad that he avoided chewing on one side of his mouth for a whole year.

"Nothin can get in (the other side)," said Seals. "As soon as something gets in there, it drives me nuts."

Seals said he was prescribed penicillin and pain pills — hydrocodone — in the ER, then was referred to a free clinic, the Madison Dental Initiative, for follow-up care.

The initiative's executive director, Aaron Warren, said the emergency room is often used by the homeless and other-low income people who don't have a dentist. Joe Seals of Madison waits for the dentist at a free dental clinic in Madison. Shamane Mills/WPR

It's not just urban hospitals that are seeing dental patients in the ER: The situation is just as bad, or worse, in rural areas where dentists are more scarce.

Greg Nycz runs the Family Health Center of Marshfield, a federally funded clinic for the poor.

"We've had people come to us who've been to an ER 3 or 4 times," said Nycz. "They're getting medicated and so forth, but they're not getting their fundamental disease taken care of."

Most of those going to the emergency room for non-traumatic dental problems are relatively young. Data from the Department of Health Services indicates those between the ages of 18 and 44 go most often.

"It's younger people," said Paul Levine, a dentist in southeast Wisconsin and president of the Wisconsin Dental Association. "Older individuals generally have their dental home established. Younger people, that age group, seems to think they're invincible and won't have any problems."

Even young children with baby teeth can have severe tooth problems. Dentists and pediatricians now recommend that children see a dentist at age 1 instead of 3.

"The reason is that there's a very aggressive type of decay that's called early childhood caries," said Cliff Hartman, a professor of pediatric dentistry at Marquette University. "I take 3 children a week to the operating room at age 3 to do root canals, crowns and all nature of things because of this disease."

Wisconsin lags behind other states for the number of children on medicaid getting dental treatment.

Percentage Of Emergency Room Visits That Are For Dental Care In The U.S.

A report by the Centers for Medicare & Medicaid Services shows only 11 percent of BadgerCare recipients between the age of 1 and 20 received treatment in 2013. Nycz, from the Family Health Center of Marshfield, has worked with the state to improve care.

"Being someone who's very proud of our state, that kind of creates a cognitive dissonance," said Nycz. "You know, we are better than that. So my colleagues and I around the state are doing our best to try and help."

Wisconsin is better at prevention than treatment. Still, reports show only 1 in 4 children on BadgerCare get decay prevention services like tooth sealants or fluoride mouth rinse. However, Nycz is optimistic.

"I think all states are improving," said Nycz. "Our relative position — for children at least — in our state is probably in the worst part of the distribution. But that does not mean we haven't been improving."

Nycz's community clinic tries to keep dental patients of all ages out of the ER. But there's so much of what he calls "rescue work," it can be hard to focus on prevention.