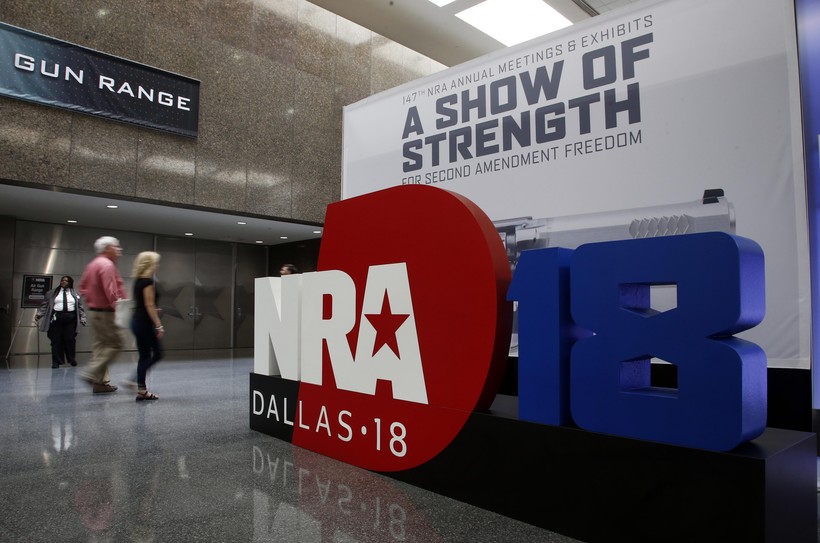 People walk by NRA convention signage in the Kay Bailey Hutchison Convention Center in Dallas, Thursday, May 3, 2018. The convention is scheduled to go through Sunday. Sue Ogrocki/AP Photo

According to the Wisconsin Democracy Campaign, the PAC's activities generally included television and radio ads as well as mailings. One ad called Evers dangerous because he supports background checks for gun buyers.

The watchdog group reports the NRA has spent more than $5.5 million between 1998 and 2018 to support Republican and conservative candidates. More than $4.4 million went to support Walker.