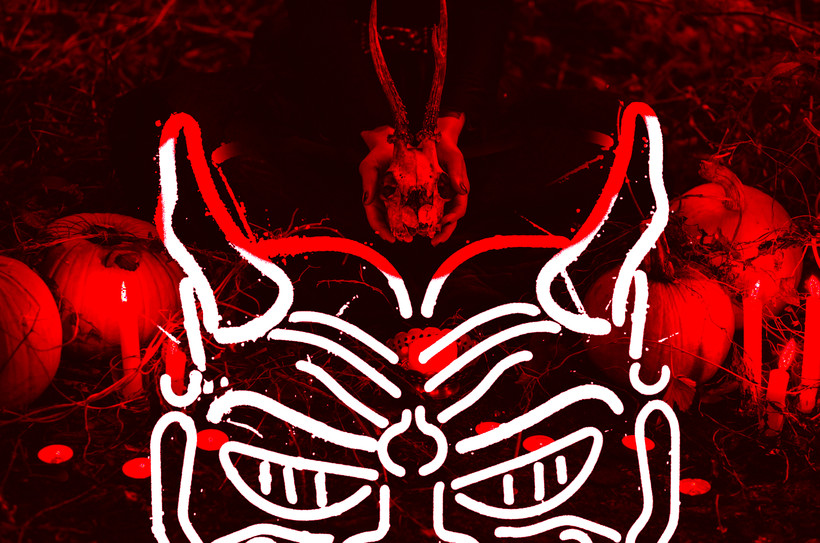 The Not-So-Subtle Subversiveness Of Satan Worship

Of all the iconic ghouls and figures of evil featured as Halloween decorations, costumes and horror film big bads, the devil himself tends to rank pretty high on the list each October. But why? What would draw us to the embodiment of all evil itself? For some it's about poking fun at what we regard as evil or taboo, and questioning our notions of what evil looks like — and even poking fun at broader social norms in the process. One of the most famous examples? Anton LaVey, the founder of the Church of Satan.

LaVey — originally a carnival barker and performer — founded the Church of Satan in 1966. In his role as the church's "Black Pope," he would meld classical Satanic tropes — the Black Mass, Satanic weddings and funerals, and even his straight-out-of-central-casting devil look of a shaved head with a pointed goatee — with more self-interested ideological influences like Friedrich Nietzsche, Ayn Rand, H. L. Mencken, and social Darwinism. Even naming the church after Satan was an attempt to invert the power of a historically evil name, says Blanche Barton, LaVey's partner until his death in 1997.

"Words are magical incantations, whether you're talking about Democrats and Republicans or Osama bin Laden or Adidas. They're all loaded with something behind them. And Satan has a lot of baggage," said Barton, speaking to Steve Paulson in 2004, when she was the Church of Satan's High Priestess. "I think by calling what he started 'the Church of Satan,' Anton Levey was underlining the fact that we are manipulated by language and that we should use it to our advantage, not be intimidated by things that are sold to us as evil. We should be very careful about things that are sold as wicked."

Today, Blanche Barton is the Magistra Templi Rex of the Church of Satan. Her book, "The Church of Satan," is the go-to guide on the history of the religion. In 2004, she sat down with Paulson for "To The Best Of Our Knowledge" to talk about blasphemy, Christianity, and yes, altars of naked women.

Blanche Barton: The idea of worshiping Satan is ridiculous. We worship ourselves first and foremost, and we use the Satanic as a metaphor for calling forth the powers within ourselves that we find enriching or enlivening. Satan has always been a metaphor of defiance, fortitude against all odds and self-determination in whatever guises he is represented. And there has always been a Satanic failure in every culture from the very beginnings of man. And I imagine there always must be.

SP: What are the Church of Satan's core beliefs?

BB: Well, we do have the nine Satanic statements. This was published originally in 1969, and (they are the) core beliefs that all Satanists who understand what Anton LaVey put forth live by:

SP: You seem very serious about all of this. And yet as you were reciting these nine Satanic statements, there's a certain element of a joke in all of this, having fun with the whole concept of the commandments. For instance, number five. "Satan represents vengeance instead of turning the other cheek." I get the sense that there is a little bit of a chuckle as that statement was devised. Am I right about that?

BB: Well, there is a chuckle and a wink. Anton LaVey came from a carny background. He was a magician in his soul and in practice. And a magician is not worth his salt if he doesn't have a sense of humor and a sense of perspective about himself. Pretentiousness is one of our sins.

SP: One thing that's striking about a lot of these Satanic statements is they basically praise selfishness and hedonism. Is that a fair way to characterize what the Church of Satan believes in?

BB: Well, selfishness is very practical. I think we're all selfish and for a very good reason. Of course, what gives me pleasure is often contributing to society, contributing to those who mean the most to me — my parents, my children, my friends. And there is certainly room for love — and even sacrifice — for a Satanist.

But unlike many other spiritual religions, we don't need a "good guy" badge. Anton LaVey used that as a phrase, meaning a big patch on your chest or on your sleeve that says, "I'm a good guy, I'm doing good things. I'm a white witch. I'm okay." We understand that it's not necessary to do that. You don't have to broadcast it, but it's necessary and it feeds you.

What is selfish for me? It gives me pleasure to see people I love happy.

SP: You know, there's a popular image of what Satanic worshipers do. There are animal sacrifices and altars of naked women. The Black Mass. Is any of this what you do?

BB: We use the altars of naked women. We glorify the flesh, and what's fleshier and more enticing and lovely than the naked female form? But there are no animal sacrifices. If you read the Satanic Bible, it's very clear that we consider children and animals the most native magicians, because they're the most influenced by their purest instincts and they don't have the layers and layers of social conditioning laid upon them.

SP: I'm willing to bet that a lot of people would see Satan, that the very idea of Satan, as a construction of Christianity, and the Church of Satan is sort of the flip side of that, the inversion of core Christian beliefs. And I guess it raises the question, does your church only work in a largely Christian culture?

BB: No. There's always the Satanic, whether it's Sumaria or ancient Greece or some unimaginable culture in our far-flung future.