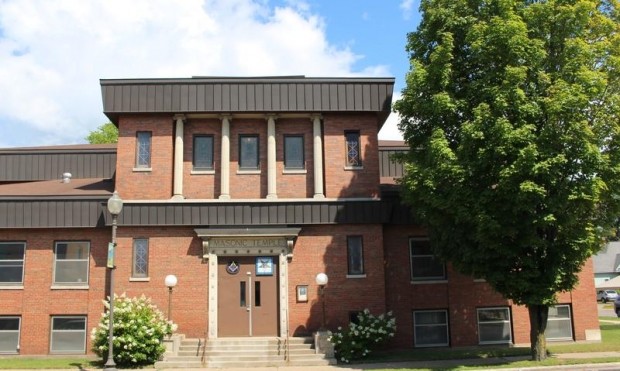 Not So Mysterious: Past And Present Masonic Temples Build Community

There are several Masonic Lodges of Freemasons in the Northwoods, but the network has always had an air of mystery.

Curious North received a question asking them to investigate the history of local Masonic Temples, which led them to wonder ... what is the role of a Masonic temple in a community?

Famous Masonic temples are often an impressive sight to behold, featuring large white columns and stained-glass windows. Though smaller than some, the Masonic Temple in Rhinelander has been around since 1930 and fits right in.

The room they were most excited to show was the lodge room, where ceremonies take place as well as other community events.

"We have music, and we have our meetings here," Dionne said. "It’s beautiful to sit in here and listen to Christmas music coming from the stage."

"We can give you the architectural dimensions," Jones said. "But that doesn’t even come close to explaining what it is." 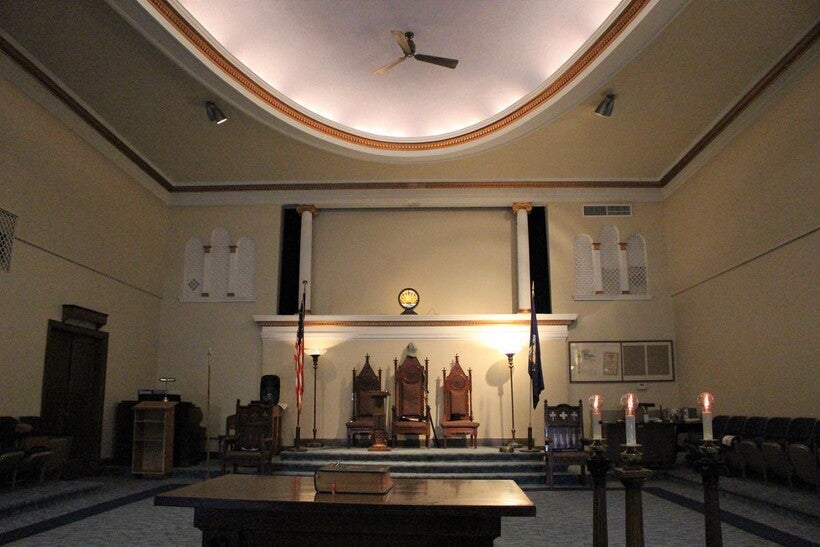 The lodge room in the Rhinelander Masonic Temple. Mackenzie Martin/WXPR

While we were there, Jones explained one of the more famous Masonic symbols: the square and compasses with the letter G.

"The compasses teach us to circumscribe our behavior and keep us in due bounds of all mankind," Jones said. "And the 'G' represents geometry, but in a bigger sense, it represents God, the Supreme Architect of the Universe."

While many of the Freemason’s ancient texts, symbols and rituals are easy to find out about today, Jones acknowledges there is still a certain air of mystery about the Freemasons. He blames it mostly on Hollywood. He said today, the Masons are just a group of men who support one another as they try to be better versions of themselves today than they were yesterday. 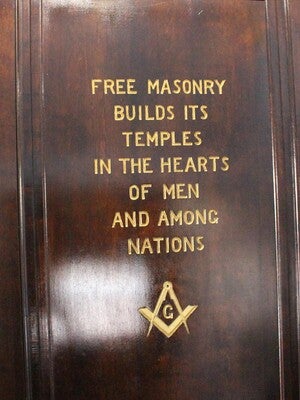 An inscription on a door in the Rhinelander Masonic Temple is followed by the square and compasses symbol. The inscription reads "Free Masonry builds its temples in the hearts of men and among nations." Mackenzie Martin/WXPR

He's clear that the Rhinelander Masonic Temple is not a mysterious place.

"You don’t open up a door and all of a sudden there’s a half a dozen rolls from the Library of Alexandria," Jones said.

As is the case for many small towns, the Masons were instrumental in building Rhinelander in the early days. In 1930, the town of Rhinelander raised $50,000 to build the Masonic temple, which was a lot of money for a small town going through the Depression. They are also the oldest civic group, and they laid the cornerstone for the Rhinelander District Library and the Oneida County Courthouse.

"It’s a lifetime of learning," Jones said. "You start seeing some of the street names when you look at the rolls of members here, of what they did ... the school board, the telephone company ... it’s almost limitless what these men came up here to do ... And then when you look at all of these pictures, they came up here by wagon train or on foot or by horse drawn carriage, and they built something out of the woods. And that’s where we stand today."

Stories like this are why some people have thought the Freemasons have been running the world over the years and in a way, you could make the case that they have.

Many United States presidents and other powerful men were Masons, and Jones admits when he travels, he has taken advantage of the vast network and been welcomed into many lodges — after proving he’s a Mason himself, of course. He said the way Masons identify each other is something he likes to keep secret.

Today, the Rhinelander Masons are still a men’s-only lodge, but otherwise they’re open to new members if they believe in some form of a higher power, as all Freemasons do. Their official roster has 75 members, with about 15 being considered active.

"The three major tenants of Freemasonry are friendship, morality and brotherly love," Jones said. "Part of being a Freemason is the ability to give back to your community."

Giving back to the community is a huge part of what their Masonic lodge is trying to do now, but it didn’t used to be like that. It all changed about two years ago, prompted by a decision from Wisconsin’s Grand Lodge.

"The Most Worshipful Grand Master of the State of Wisconsin sent out a note, or an edict, out to all the lodges, saying it’s time to become family-friendly again," Jones said. "A lot of the lodges were kind of shrinking in number and so that wasn’t going out."

"We got together and said, you know, our organization can go one of two ways," said Dionne. "We can keep doing what we’re doing and just dry up and blow away, or we can change."

They decided to bring the Masonic temple back to the old days of being a community building, when Prom and other events had been held in the basement. They now host community events with partners like the Rhinelander District Library in addition to weddings and other parties now. This September, they're one of four downtown Rhinelander music venues for Project North Festival.

Both Jones and Dionne now feel like they’re using the building for the purpose it was meant to be used for, even if not everyone agrees.

"There are people who think we should maintain the integrity of what it was," said Jones. "I like what we’re doing now because people like coming here."

Jones also said in a world of online interactions in an area as spread out as the Northwoods, he thinks the message of Masonry to create an in-person social network for men especially resonates today. 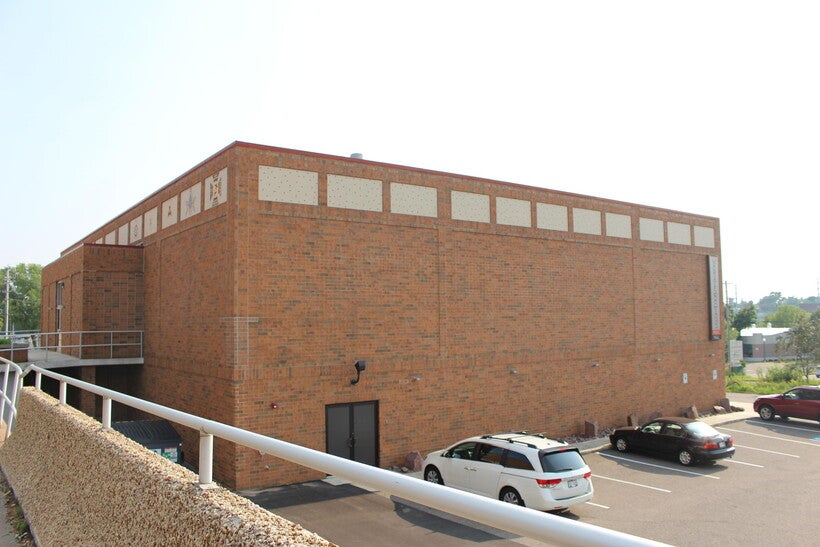 Meanwhile across the country, many Masonic lodges have had to downsize and move out of their temples because there are less Masons than there used to be. It’s not all bad, though. In some communities, it’s creating a new kind of community space.

For example, Minocqua Brewing Co. in Minocqua used to be a Masonic temple, and the former Masonic temple in Wausau was recently sold and in May, it opened as Whitewater Music Hall.

One of the owners, Kelly Ballard, said the history of the building is a big part of the reason she loves it. They barely changed anything when they moved in.

"The layout is one thing," she said. "It’s perfect as far as they have their gathering room, plus their ceremonial room serves our purposes of having a tap room and a music space." 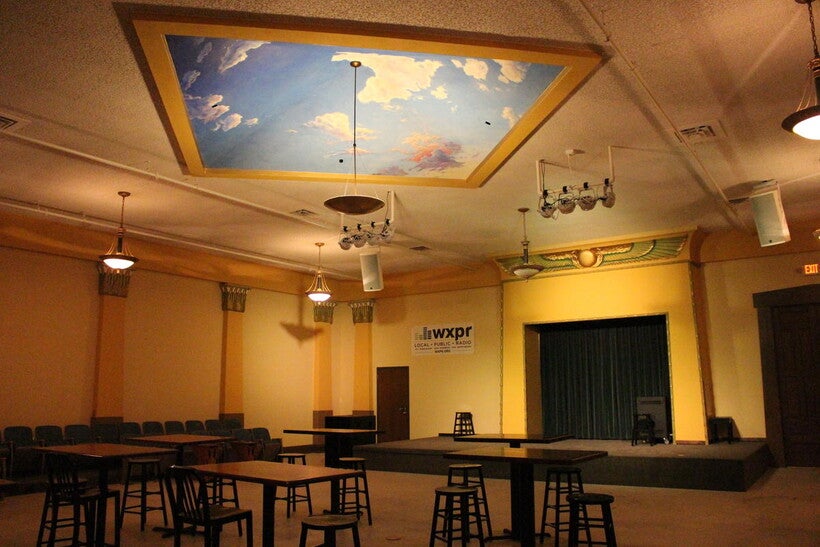 Ballard said Whitewater Music Hall wants to be a stage for everyone in the greater Wausau community, and she’s excited to be in a building she thinks was overlooked for the last few years. But she also knows it’ll take some time to rebrand themselves.

"Until this first generation dies, this will always be the Masonic temple," she said.

She’s hoping a mural on one of the walls next year will help.