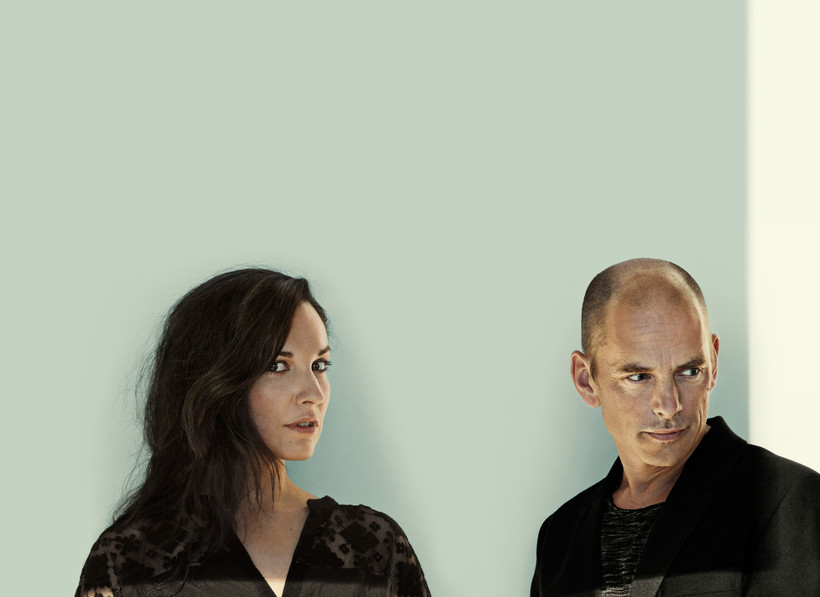 In the U.S., most people would draw a sharp distinction between the jazz that they hear at a club on Saturday night and the hymns they sing at church the next morning. But for Norwegian pianist Tord Gustavsen, those two musical impulses and not only reconcilable, they are intrinsically fused — both personally and historically.

"In America, you have the whole history of so many jazz musicians being brought up in church and gospel music and spirituals being a part of the roots of American jazz," he said. "In Norway, it has a slightly different temperament to it. But still, the hymns to me … the melodies are so strong, and the lyrics really speak to me, although sometimes they speak words that I have to struggle with, or radically change or reinterpret, but still they speak."

Gustavsen's new album, "What Was Said," takes these traditional Norwegian Lutheran hymns and puts them alongside poems by the Persian Sufi mystic Rumi. The results are sung by Afghan-German vocalist Simin Tander. Gustavson called the collaboration with Tander "a new step," but noted that spiritual music is nothing new to him.

"The repertoire that we do, the Norwegian hymns, they are my standards, so to speak, as a jazz musician," said Gustavsen. "They are the tunes that I grew up with, the tunes that I played in church and sung in choirs growing up."

As for the Rumi poems, he said, that gets to the core message of the album: that diverse musical and spiritual traditions can speak to each other.

"I don't see the separation between liberal Christianity and Sufi spirituality as a fundamental one. We come from different traditions but we can really meet, and we can go so much further than just having respect and dialogue," he said. "We can mediate together and really learn from each other. And when the idea for this album was conceived in me, I was, at the same time, reading a lot of Sufi poetry, working with Hafiz and Rumi and others, and feeling a strong urge to revisit the hymns of my childhood, both the musical and the spiritual roots there."

What Gustavsen found when he revisited those roots was a shared meaning and understanding between the traditions.

"When we search for the essence, when we strip it down to what feels essential and true to us today in these hymns, what we're left with, in many cases, could just as much be a Sufi poem, or be something that a Sufi mystic would gladly enter into together with us," Gustavsen said. "And the messages of the Rumi poems and the messages of these hymns, to me, are then really intimate conversations, not just respectful dialogue."

Although Gustavsen is a practicing Lutheran, he said his musical practices are also based on the kind of meditation and mindfulness that are a part of Sufi Islam.

"I try not to play what's not needed. I try to really listen for what feels needed instead of playing a lot of notes before even feeling them. It comes from the search for the essential and the search for something that feels unique, that feels authentic," he said. "And very early on, when recording the first trio album back in 2002, it happened often that I had this feeling that the intensity grew when we played less."

When asked if he saw a direct analogy between musical performance and the act of prayer, Gustavsen was enthusiastic:

"It's a very meaningful analogy to me. It's basically to a large extent the same kind of being in the world, the same kind of presence in my mind and my body. The parallels between prayer or meditation and making music are very strong. I would actually say that it's always a sacred experience, but a sacred experience that also embraces life and the physicalities of the instrument and the room and the body playing with all its messiness and all its challenges. You have to be so intimately in this urge for gratification for the music to speak to you, for the music to basically feel intimately good. But you also have to allow for all the disappointment that can be there, all the frustrations that can come from not being able to fulfill these needs or desires."

Gustavsen's trio has been touring the world since the January release of "What Was Said." The U.S. leg of his tour begins June 16 and will take him through San Francisco, Minneapolis, New York, Philadelphia and Rochester, New York.