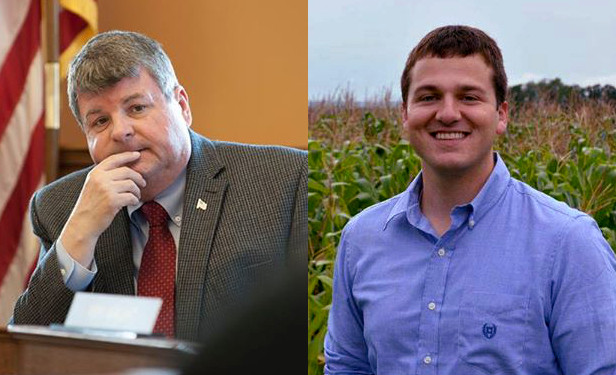 Rep. Stephen Smith of Shell Lake won the seat in 2012 after his Republican predecessor, Roger Rivard, made national news for a comment about rape. Since then, Smith has claimed to be the most bipartisan member of the state Assembly.

Smith’s Republican challenger this election is 24-year-old Romaine Quinn. Quinn was elected to the Rice Lake City Council when he was 18 years old and became mayor at 19. He’s now eyeing the 75th District seat, and has run a campaign with a strong emphasis on supporting and growing regional tourism.

“Tourism is absolutely vital for economic growth, sustainability and development up here,” said Quinn. “If you look at our area, not even just in the 75th but in the surrounding northern areas, whole businesses and families depend on the tourism industry.”

Smith agrees that tourism is a part of the local economy, as are agriculture and manufacturing. However, he said that tax cuts are just as important.

“It’s about putting money in peoples’ pocketbooks so they can get past the roof over their heads, gas in the tank, food on the table, taking care of their families,” said Smith. “We have to get to our want to shopping list as opposed to our have to purchases.”

Smith voted with the Republican majority on Gov. Scott Walker’s Blueprint for Prosperity plan this year, which included a $408 million property tax cut.

Correction: The original version of this story said that Stephen Smith is from Rice Lake. Smith is, in fact, from Shell Lake.

The original version of this story also said that Romaine Quinn voted with the Republican majority on Gov. Scott Walker's Blueprint for Prosperity plan. It was, in fact, Rep. Smith who voted for that plan. Quinn has not served on the state Legislature.