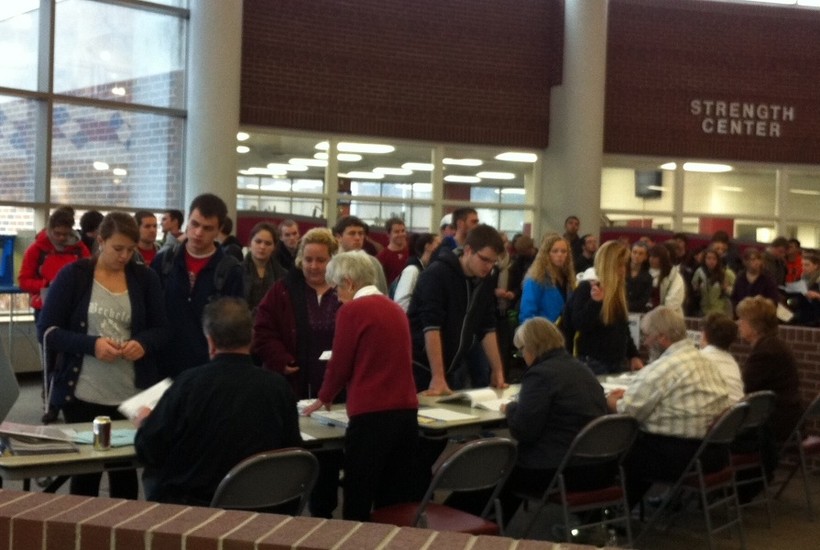 No Major Problems Reported at the Polls

Voting is going fairly smoothly in Wisconsin so far, according to elections officials. Lines at some polling places were long this morning, but Reid Magney at the Government Accountability Board says there have been no major problems.

"There have been a few places where there have been some minor equipment malfunctions, that is something that typically happens on Election Day and those are being addressed."

Magney says poll-watching has been fairly smooth today as well.

"No major complaints of problems. Got an email from someone saying an observer was standing too close, but there have been no major problems so far."

The GAB is predicting that about three-million people in Wisconsin will vote in this election. That would be about 90-thousand fewer than in 2008.