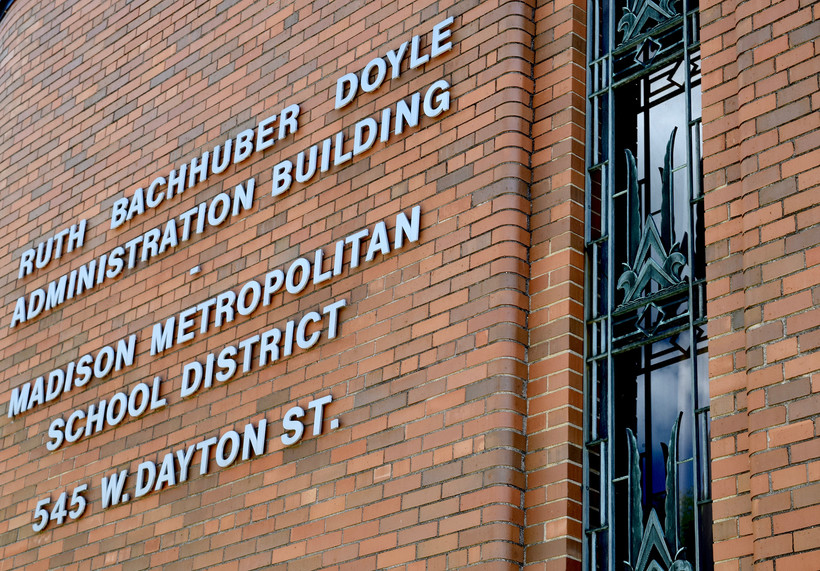 'No Cops In Schools': Protesters Shut Down Madison School Board Meeting

Members of the public opposed to police officers in schools shut down a Madison Metropolitan School District Board meeting Monday night. Many protesting were young people of color criticizing a report that recommended keeping education resource officers in the high schools.

For more than an hour, person after person had taken the microphone to denounce police presence in schools.

Students like King and Shyra were there with the advocacy group Freedom, Inc.. The two did not share their last names, and said police in schools make them feel unsafe and that their demands have not been heard.

"We are tired of having our words fabricated and sugar-coated, so I'll say them again so that you hear them correctly," King said. "Remove cops out of school. Invest resources in education that promotes leadership, wellness, learning and creativity for youth of color. Build transformative justice instead of punishing youth, and give youth and families decision making power. If you cannot follow these simple demands, then you need to remove yourself."

In addition to King, several others called for the board members’ resignations. The board’s president, Mary Burke, later responded, "We are all elected officials. We earn the right to be in those seats."

The public comments, at times heated, focused on themes of institutional racism, racial and economic disparities, and police violence against people of color both in and out of the classroom. The students asked for counselors instead of cops.

"Children of color are never seen as children. We’re seen as targets," Shyra said. Having police officers in school, she said, makes campus feel "like a jail."

The demonstrators demanded the school district end its contract with the Madison Police Department and invest the $360,000, which would station four education resource officers in the high schools, in youth of color.

Burke said the board will consider all options when discussing the contract in the coming months. But to accusations made Monday that the board’s actions are "rooted in white supremacy and anti-blackness," Burke responded: "I see no evidence to support that."

Chants of "no cops in schools" later broke out, prompting the board to adjourn.

Burke said they welcome public comment that remains respectful and abides by rules, such as the three-minute time limit for each speaker, so they can conduct their business.

The board was unable to grant final approval for next year’s budget, which state statute requires by Nov. 1. They’ve scheduled a special meeting for Wednesday to attend to remaining matters.