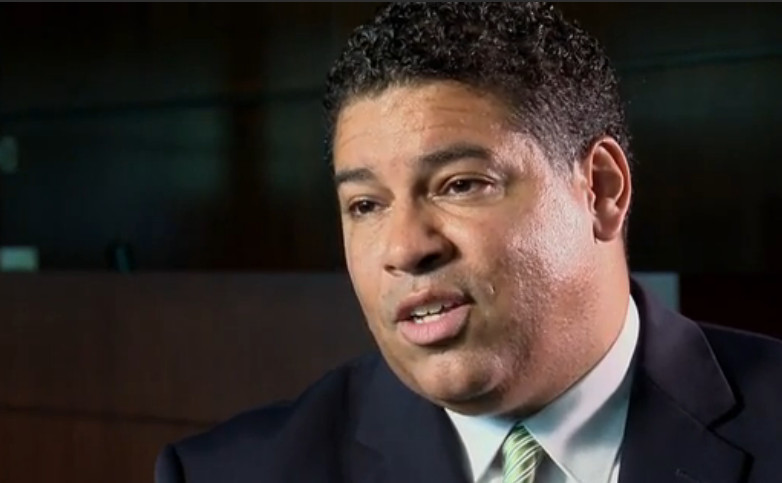 No Charges Against Officer In Tony Robinson Shooting Death

Dane County DA Says Shooting Was A Lawful Use Of Deadly Force
By John Wilson and Gilman Halsted
Share:

The Madison police officer who shot and killed an unarmed 19-year-old in March will not face criminal prosecution, the Dane County district attorney announced on Tuesday.

Speaking at a press conference Tuesday afternoon in Madison, DA Ismael Ozanne said that his office will not pursue charges against Matt Kenny, a white officer, in the March 6 shooting death of Tony Robinson, a black man, in an apartment house on Madison's near east side.

Ozanne said he had concluded that Robinson's "tragic and unfortunate death was the result of a lawful use of deadly police force."

Before announcing his ruling, Ozanne apologized to Robinson’s family for the loss of their son, and that his decision was based on the rule of law.

The district attorney's decision to not to bring charges was based on an independent investigation into the shooting by the state's Division of Criminal Investigation. The probe was in accordance with a state law passed last year that requires an outside agency to look into police-involved deaths.

According to Madison police officials, the shooting occurred after Kenny was called to the home because of complaints that a man had assaulted two people and was acting erratically, walking in and out of traffic. Upon entering the apartment, police said, Robinson assaulted Kenny, who responded by opening fire. Ozanne cited findings from the DCI investigation that generally matched the Madison Police Department's account of the shooting.

Ozanne said interviews with Kenny made it clear that the officer thought his life was in danger when Robinson hit him in the face at the top the stairs to the apartment where he confronted him.

Ozanne also confirmed details from the investigation that hadn't been released before, most notably the results of a toxicology report that found Robinson had ingested hallucinogenic mushrooms, marijuana and Xanax prior to his death. Additionally, Ozanne specified that Kenny fired seven rounds, all of which hit Robinson from the front, according to the medical examiner.

Ozanne's office has faced some criticism for taking several weeks to make a decision about bringing charges. State investigators turned over their findings to the DA's office in late March. The investigation itself has also come under fire from some, including members of Robinson's family, who worried that it would be biased in favor of law enforcement.

Members of Robinson's family and supporters adressed Ozanne's decision Tuesday afternoon in the neighborhood where the shooting occurred, before leading a march through Madison. The African-American rights coalition Young Gifted and Black announced they would not take action Tuesday, but are planning protest events Wednesday.

Editor's Note: This story will be updated as WPR learns more.