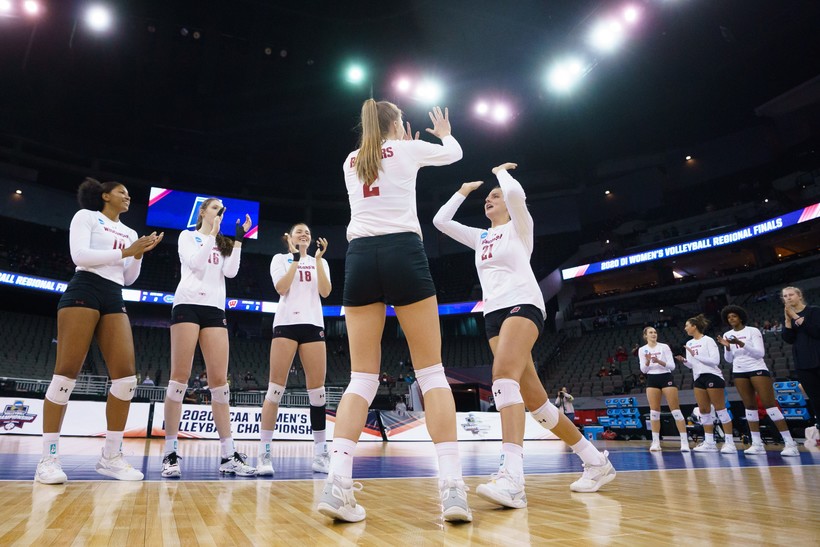 The No. 1 Wisconsin Badgers take the court in Omaha for a regional round match in the 2021 women's NCAA volleyball tournament. Mark Kuhlmann/NCAA Photos

No. 4 Texas Knocks Out No. 1 Wisconsin In Women's Volleyball Final Four

It's The Second Year In A Row The Badgers Have Come Close To Winning Their First Title
By Megan Hart
Share:

The season is over for the No. 1 Wisconsin Badgers, who were knocked out of the Final Four in the women’s NCAA volleyball tournament by the No. 4 Texas Longhorns Thursday. Texas won the match 3-0.

From the beginning, it was clear defense would play a key role, with long rallies and few errors in the first set. Texas led early, but the Badgers stayed within striking distance and got their swings when it counted.

Outside hitter Grace Loberg shined during the opener with three kills. She led the Badgers on a couple runs to pull even, but Wisconsin eventually dropped the set, 24-26, on a double hit.

The second set started much the same, with the Longhorns capitalizing on their momentum to take a quick lead. Middle blocker Devyn Robinson made her presence felt in the second set with three kills and a block. She finished the match with 14 on 21 attempts. But Texas closed it out comfortably, 25-19.

And the Longhorns would need just three. The Badgers stuck around, trading the lead with Texas late in the set, but the Longhorns edged them out. The final set ended 25-23.

Texas is a volleyball powerhouse, having won two national titles and reached four additional finals. Wisconsin has made it to the last match of the season, including in 2019, but has never won a national championship in the sport. 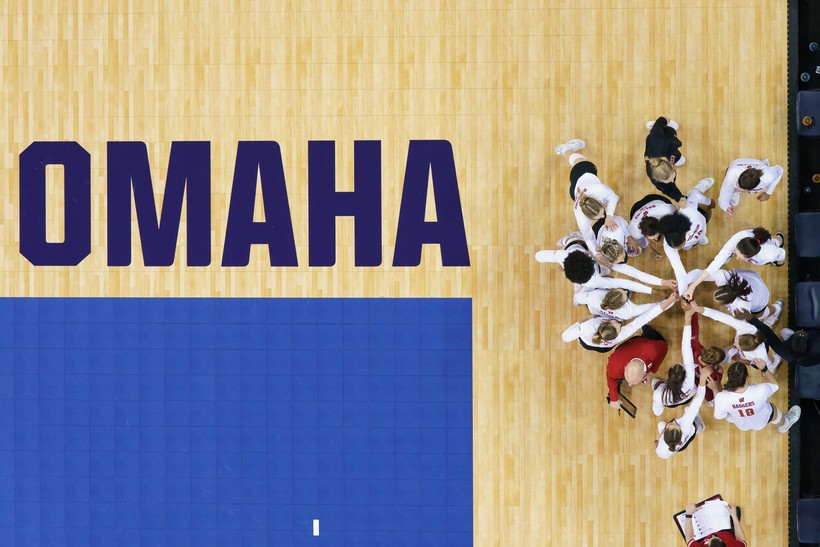 The Badgers were undefeated through the regular season, holding onto their No. 1 ranking throughout. Still, it came with struggles. In late February, the team announced it would pause activities for two weeks due to COVID-19. Ultimately, matches against Penn State, Minnesota, Northwestern, Iowa and Nebraska were canceled.

And they weren’t really tested until the previous round of the tournament. On Tuesday, the Florida Gators became the first team to push the Badgers to five sets this season. Wisconsin swept Brigham Young and Weber State in its first two rounds. The Badgers started the tournament with a bye, a unique feature of this year’s event, which started with 48 teams instead of the usual 64.

Kentucky defeated Washington in Thursday’s other Final Four match. After dropping the first set, the Huskies threatened a comeback, winning the second and taking that momentum into the third, but the Wildcats managed to outlast their opponent.

The finals are set for Saturday night. Kentucky has never won a title in the sport.