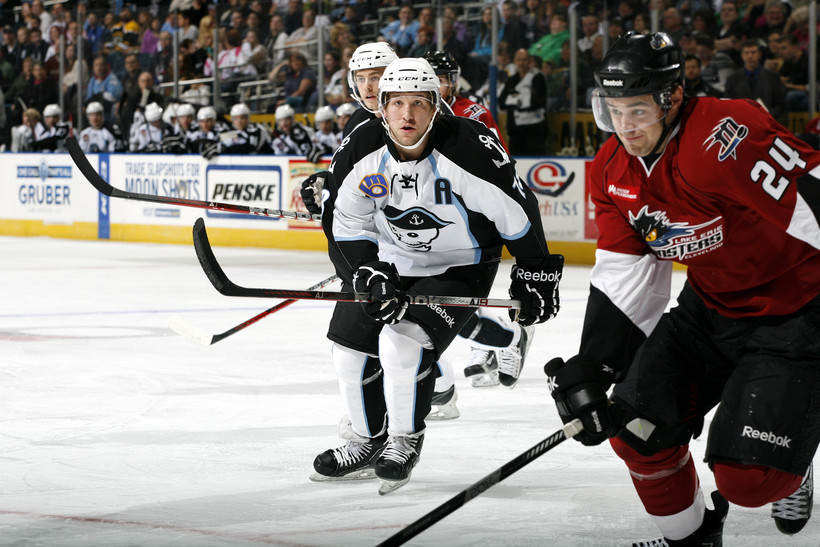 With the National Hockey League season on hold because of the owners' lockout of players, more than 130 NHL-caliber players are competing in the American Hockey League. And, that's affecting the AHL's Milwaukee Admirals this season.

Attendance at Admirals games is up by more than 17 percent so far this season. That's a huge uptick for this time of year, according to spokesman Charlie Larson. He also says there have been at least twice as many scouts at their games than during a normal season. Because there are so many NHL players competing in the AHL, Larson says hockey fans are paying more attention to the league, "So every team has two or three or four guys that would have been in the NHL that weren't, so the difference that makes is that it elevates the quality of the hockey. So this is probably the best or second best level of play the AHL has ever seen because we have all these much better players."

The lockout has been good for business. But there is a downside for some members of the team. It's forcing developing players like Chris Mueller to play in less competitive leagues or it's keeping them off the ice. Mueller is a center for the Admirals and would have been playing on a game by game basis with Admirals NHL parent, the Nashville Predators. Because of the lockout, he's worried he won't make the cut when the time comes, "I mean, it's unfair for the guys trying to make the AHL out of the East Coast [Hockey League], just like it's unfair for the guys trying to make the NHL out of the AHL. It's, you know, it's the whole trickle-down effect. And that's what people don't see. You know it affects every single league in the world. It doesn't just affect the NHL guys."

The Admirals are currently 8-8, and rank 11th out of the 15 teams in the AHL's Western Conference.