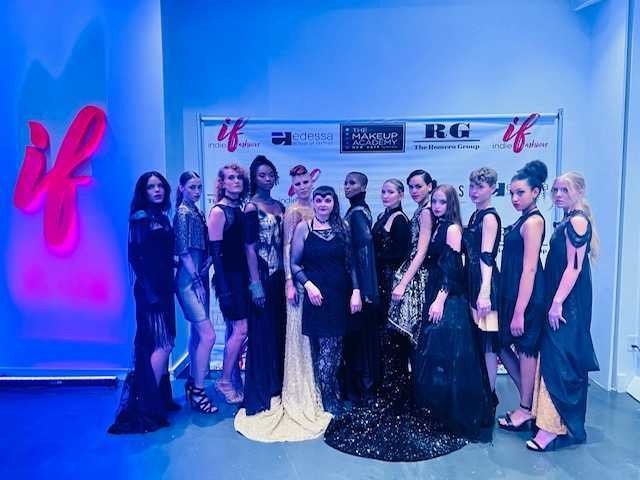 One of school’s founders wants to expand opportunities for students of color in the fashion world
By Jonah Beleckis
Share:

When Lynne Dixon-Speller taught at the University of Delaware, she took a group of 30 young women to New York, where they visited a fashion industry association. She said one of the students asked someone from the group where they got their inspiration.

"Literally, these women said, 'We get in a car, drive to Spanish Harlem and look around,'" Dixon-Speller said. "It was exciting, but it was insulting at the same time. Fortunately, I had no students of color with me on that trip. It didn’t hit them the way it hit me personally.

"And I decided at that point," she continued, "This needed to be worked on."

The trip inspired her to create a new course about ethnic influences on American fashion. And yet, she wanted to think bigger, Dixon-Speller said recently on Wisconsin Public Radio’s "The Morning Show."

"That doesn’t belong in one course," she said. "It belongs in the entire curriculum."

Later, Dixon-Speller ended up in Milwaukee at Mount Mary University and then the Art Institute of Wisconsin, Milwaukee Magazine reported last year. When the latter school shut down in 2017, she was left brainstorming how to put her big idea into action.

So began the yearslong process to help create the Edessa School of Fashion, the state’s first four-year fashion school that opened in January. The school is named after the woman who taught Dixon-Speller how to sew — her grandmother Edessa Meek-Dixon, a trailblazer who more than a century ago graduated from the Tuskegee Institute, the historically Black school in Alabama founded by Booker T. Washington and now called Tuskegee University. 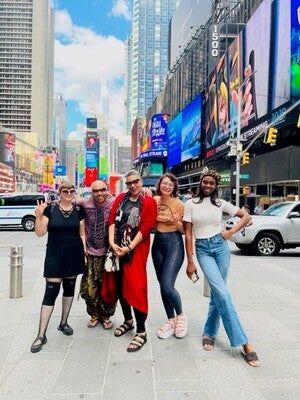 It didn’t take long for the Edessa School of Fashion to find its way in the industry.

"We opened in January, and we were at New York Fashion Week in September," Dixon-Speller said. "That is unheard of."

During the week, which ran from Sept. 7 to 14, Dixon-Speller said her students participated in New York Fashion Week Black, a peripheral event, and Indie Fash, a national platform for emerging designers who worked with Edessa students in Milwaukee.

As dean of academics at the school, Dixon-Speller said she wants students to hit the ground running. She wants the fashion industry to see her students and know they went to school focused on fashion right from the start. She said beginning fashion studies as freshmen should give students more bang for their buck.

"I want it to be a national name, a global name," she said. "So that when employers see the name, they know they’ve gotten the best."

Dixon-Speller said the experience at New York Fashion Week is going to leave her students with a perspective they can carry for the rest of their careers. The energy there was different, she said. The pace, too. It gave a taste of real life — a taste she said a lot of apparel design and marketing students don’t get until after graduation. 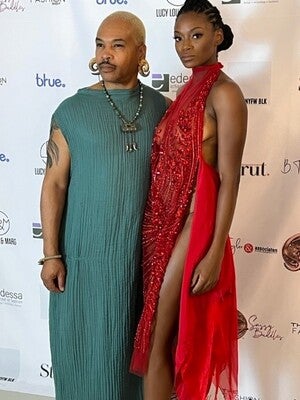 Edessa School of Fashion student Andre Purdy, left, and a model wearing one of his designs while students from the school joined New York Fashion Week and related shows. Photo courtesy of Lynne Dixon-Speller

"When you see the leadership representing the segment of the population that you come from, you feel more comfortable that you don't have to continue to explain who you are," Dixon-Speller said. "That you get to be who you are and let it shine through your work and people will appreciate it — and not critique it as not marketable."

How could Wisconsin and the Midwest get on the fashion map with big cities such as New York, Los Angeles and Paris dominating the industry?

Dixon-Speller said while Wisconsin clearly doesn’t have the influence of those cities, the state’s sway is growing.

She said she met two or three other designers in New York who were from Wisconsin. One show she attended "embodied Wisconsin and fashion in metallurgy, ripped garments and a very muted color palette."

While Dixon-Speller said students who want to "really shake the Earth" in fashion might need to leave Wisconsin, there are good and decent jobs in the state and region, too. To create, design, develop, execute and construct a pair of pants and then bring it to market takes about 40 people, she said. There are more jobs in fashion around the country than people realize. 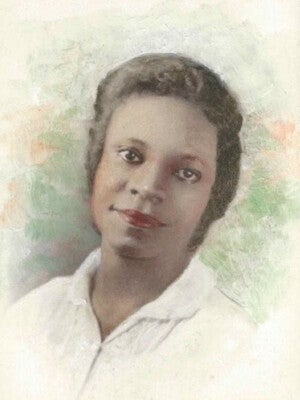 Although Edessa’s first graduates are years away, Dixon-Speller has cleared hurdles in creating a school. Fundraising is a big piece of what’s next. She and others are building Edessa’s influence, too. She said they’ve already been invited back to New York.

Meek-Dixon, the grandmother, pursued higher education when it was rare for both Black people and women. Dixon-Speller’s grandfather graduated from Tuskegee, as well. Traveling from Texas to Alabama around 1916 meant risking their lives, she said.

It took until Dixon-Speller was about 35 years old to fully appreciate how inspiring that was. She had assumed everyone went to college. But she learned once the door is open, success is there for the taking. 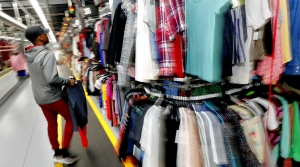 Last week, an instructor and three students from the Edessa School of Fashion in Milwaukee participated in two events during New York Fashion Week. We speak with the dean of the school about the first designated fashion college in the Midwest and where Wisconsin falls in the world of fashion.