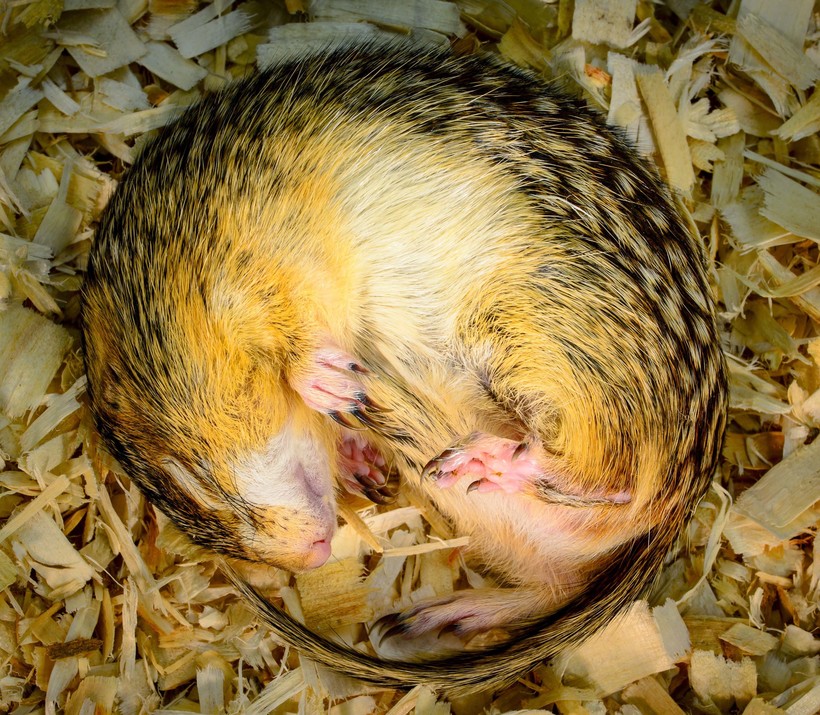 Thirteen-lined ground squirrels curled up for seasonal hibernation can slow their metabolic rates to as little as 1 percent of their waking activity. Researchers say a new study on how they maintain muscle mass could have applications for humans. Rob Streiffer/UW-Madison

A new study by researchers at the University of Wisconsin-Madison explains how hibernating animals use bacteria in their gut to maintain muscle density over the winter. The findings could lead to solutions for people with muscle-wasting disorders or astronauts headed on prolonged journeys into space.

Hannah Carey is a professor emeritus at UW-Madison’s School of Veterinary Medicine and an author of the study. She said scientists have known for years that ruminant animals, like cows and sheep, are able to recycle their own nitrogen as a way to build muscles while eating a low protein diet. Nitrogen is a vital building block of amino acids and proteins.

Previous studies have shown that the bacteria living in ruminants’ guts, called microbes, can recapture the nitrogen from a waste product called urea and make it available to their host animal.

"Investigators have hypothesized that maybe hibernators are using their microbes to recycle their own urea waste product to get nitrogen back in the body when they really need it, as hibernation goes on and there's no new food, no new protein taken in," Carey said. "That had been hypothesized, but there were no experiments that got definitive evidence that this was happening."

The new study by Carey and her colleagues provides that evidence by injecting urea with special isotopes of nitrogen and carbon into hibernating thirteen-lined ground squirrels. 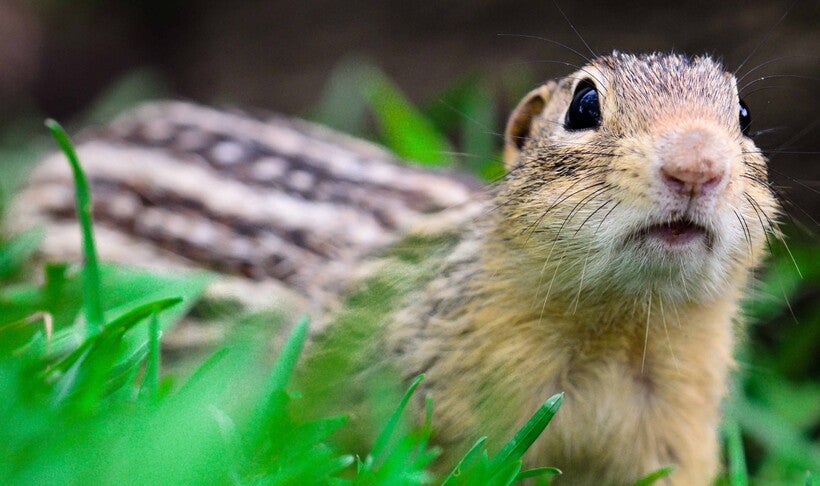 Like many hibernators, thirteen-lined ground squirrels retain muscle tone and healthy gut microbiomes through hibernation even though they aren’t eating or moving around. Their success at rest may help humans make long space voyages. Rob Streiffer/UW-Madison

Fariba Assadi-Porter is a UW-Madison biochemist who specializes in tracking isotopes and co-authored the study. She said the team used new isotope-detecting technology to find the special molecules in the squirrels’ breath and tissue in their liver and muscles, showing that the animals’ microbes were busy recouping nitrogen even when their bodies were largely immobile in hibernation.

"What we learned here was really looking at squirrels doing this very efficiently, at sort of like an optimized condition for harnessing all that nitrogen in a beautiful way, and also carbon, and not wasting it to the environment," she said.

Carey said the findings explain why squirrels and other hibernating animals are able to maintain much of their muscle mass. She said most animals and humans see muscle wasting, or a decline in muscle mass and performance, the longer they go without food or use of their muscles.

Carey said knowing which microbes are important to the nitrogen-capturing process in hibernators could help humans adapt the same skills.

"This fundamental process that we've just seen in hibernators ... what is allowing them to be more efficient to help their muscles, if we understand that, there is the potential to think about therapeutic strategies," Carey said, adding that something like a probiotic could help people with muscle-wasting diseases, children who are malnourished and the elderly — all of whom experience loss of muscle mass.

Given the interest by the medical community in the role of the microbiome in human health, Assadi-Porter said she doesn’t think this kind of microbe "cocktail" is too far off. She said testing whether the microbes are viable and efficiently used in humans will be key to developing the product.

In the long term, Assadi-Porter said the study could also be a piece of the puzzle in figuring out how humans can reach their own type of hibernation as they travel further into space. Suppressing a person’s metabolism in order to save energy would allow space travelers to carry less food and water and excrete less waste.

"It's not known if we can become as efficient as hibernating animals and depress our metabolism because it's a very complex system," Assadi-Porter said. "There are many different components to the solution for this problem, but this is one fundamental part of filling the gap for future studies."