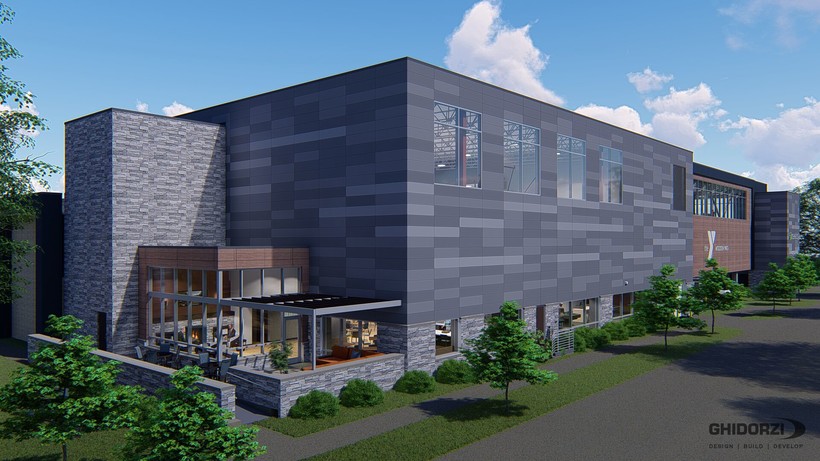 The expansion of the Wausau YMCA includes a new dedicated senior center. As Wisconsin's population ages, programs that offer social connections for older adults are increasingly important. Photo courtesy of the Woodson YMCA

The 8 a.m. Silver Sneakers class at the Woodson YMCA is a good workout. The 45-minute class is designed for seniors and it’s only open to those who are eligible for Medicare.

About 30 participants in the May class do aerobics in the gymnasium, sometimes using chairs next to them for balance. As the class winds down, the instructor congratulates them on their commitment and offers some relaxing, centering words — only to be drowned out by hammering and drilling sounds from just outside the gym.

The downtown Wausau facility is in the midst of a $21 million expansion. The project will add a fieldhouse and new fitness facilities, a gymnastics center and expanded space for child care. The organization is also going to create a new senior center for its aging community. The Landing will be a 15,000-square-foot activity center for those 55 and older. It’s a big focus of the expansion efforts because older adults are by-far the Y’s fastest-growing population. And as Wisconsin’s population ages, The Landing could be a sign of things to come.

"In the last two years, our 55 and older population is really starting to grow by leaps and bounds," said Bryan Bailey, Woodson YMCA’s executive director. As baby boomers age and retire, that demographic trend has led the organization to create new programs and job positions, as well as to build in dedicated space to the expansion project. 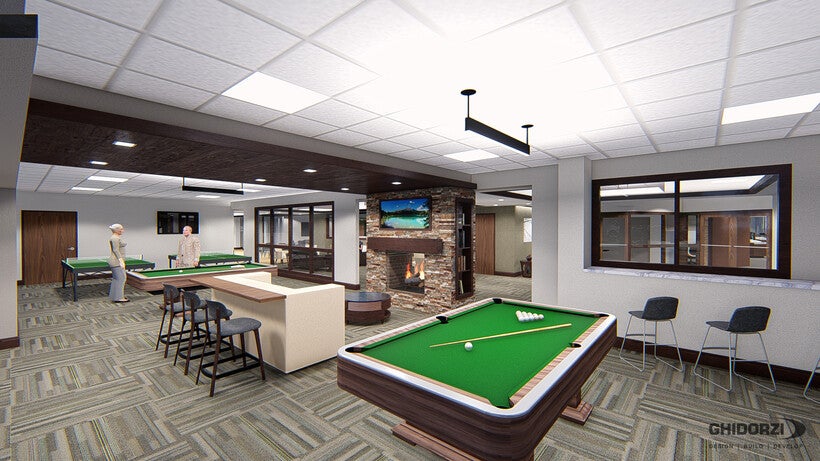 An artist’s rendering shows the inside of The Landing, a new senior center being constructed at Wausau’s YMCA. Experts say social connections are "critically important" to healthy aging. Photo courtesy of the Woodson YMCA

The YMCA is a private nonprofit, and the expansion in Wausau is funded entirely by local donors and foundations. But it addresses a public problem, and not one that's limited to Wausau.

Wisconsin’s population is getting older. That’s especially true outside its urban centers. The state’s Bureau of Aging and Disability Resources in 2017 put together a county-by-county projection of the aging population. It showed the state’s population of those 55 and older will grow from about 1.5 million people in 2010 to nearly 2.3 million in 2040. As a proportion, it’s a change from 26 percent of the state’s people to 35 percent.

That aging population could mean far-reaching changes to Wisconsin's economy and its politics. It also presents some real health challenges.

Dr. Amy Kind is a physician and Ph.D.-trained researcher in geriatrics with the University of Wisconsin-Madison. She studies the way people's environment affects their well-being. That can mean the ways housing or income-levels in a neighborhood can affect population health. She said another big factor in her aging patients’ health is their ability to maintain social connections.

"Staying physically active, staying socially active and staying cognitively active are absolutely fundamentally important for individuals who are interested in decreasing their risk of dementia," Kind said. "These are really critically important activities for them to engage in."

At Wausau's YMCA, they created a new position about three years ago to help foster those social connections. Becky Zelent is the active older adults director, and will be one of those in charge of the new senior center. She said besides opportunities to exercise, it will offer members social events, field trips, card games, book clubs and a technology center.

Zelent and Bailey both emphasize that the Y, though it is a private organization, offers need-based scholarships to members and has a value of not turning anyone away from services based on inability to pay. It helps that in some cases, Medicare covers part of the cost of wellness programs.

"Such a large component of happiness and aging well is social connectedness," she said.

For Bailey, that's a big part of the point of what they’re creating with the new senior center.

"It gives someone an opportunity to say, 'This is my place, I belong to it,'" he said. "'This is where ... I'm going to have my cup of coffee, find out what's going on in town, who’s doing what.' People need that."

The new facilities including the senior center are scheduled to open in the fall. 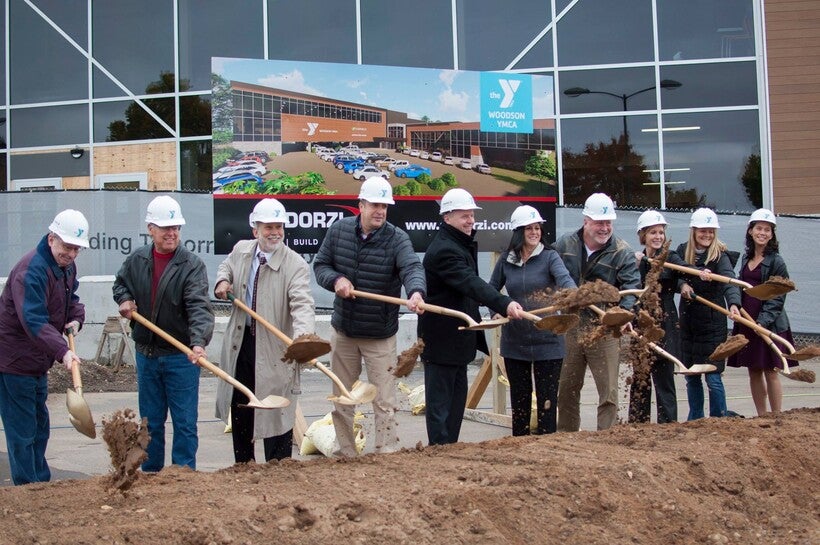 Community leaders celebrate the launch of the Woodson YMCA’s $21 million expansion project in downtown Wausau. The first phase of the expansion, which includes a new senior center, is due to be complete in fall 2019. Rob Mentzer/WPR