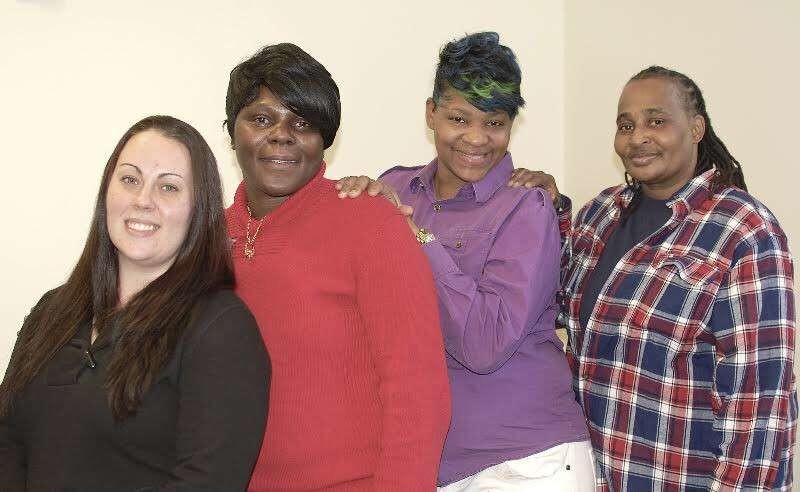 The cast of "The Power of Grace." Photo courtesy of Still Point Theatre Collective

'The Power of Grace' Features Stories of Incarcerated Women, In Their Own Words
By Mary Kate McCoy
Share:

A new theater production is bringing the experiences of incarcerated women to the stage.

"The Power of Grace" from Still Point Theatre in Chicago gives formerly incarcerated women the opportunity to share their stories through poetry they both write and perform, but it's also a transformative experience for the audience, said Mars Caulton, facilitator for the theater and a teaching artist for Grace House, a transitional home in Chicago for formerly incarcerated women in Illinois.

"I think we tend to have a 'them' and 'us' kind of viewpoint when we think about people who have been through the prison system," said Caulton. "When we start hearing some of these stories we start finding pieces that connect to what we’ve gone through in our lives."

The cast is performing Saturday at the Fox Valley Unitarian Universalist Fellowship in Appleton.

Heather Rivett, a cast member in the production, has experienced this first hand. She was incarcerated for two years.

"It’s very emotional," Rivett said. "But working with Still Point and learning how to put it into a new light, it’s been fun."

The production stems from the Persephone Project, part of a collaboration between Still Point Theatre and Grace House. It has been running for the last several years, with this year’s production featuring work that was written during the spring of 2017.

Before joining the program, public speaking was one of Rivett’s worst fears, but after working with Caulton, Rivett found it to be empowering.

"You never know who you’re going to help sharing experiences because people who have been through stuff (experiences) ... might be afraid to talk about it," Rivett said. "It’s not so much the difference but the similarities that you share with people."

The women worked together weekly for four months, exploring different themes and working both independently and as a team. At the end of the program, they put together a finale to the show that combined the work of more than 12 people into a single poem.

"I think this is one of the greatest kinds of gifts we can offer people," Caulton said.

Not only does it help them find new ways to express themselves and speak up for themselves, but it teaches them to work as a team.

"When you’re performing in an ensemble, there is a lot of teamwork and skill involved," Caulton said. "These are skills that will transfer to people’s ability to return to families they’ve been separated from perhaps, or return to jobs and communities a stronger individual."