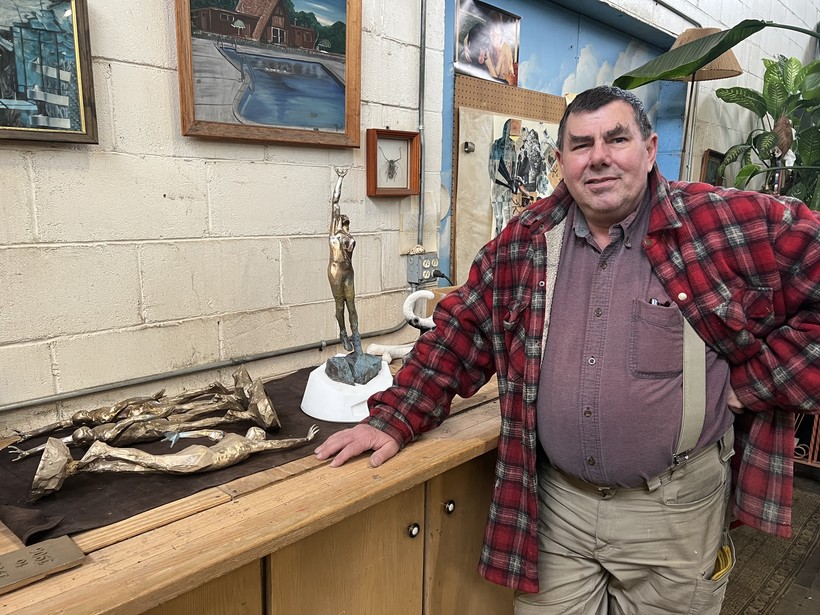 Michael Nolte, co-owner and foreman at Vanguard Sculpture Services, stands next to the new "The Michael Jordan Trophy." Evan Casey/WPR

When millions tune in this year to watch who will be crowned the Most Valuable Player by the NBA, they'll be staring at a trophy that was made in Milwaukee.

The new bronze trophy, titled "The Michael Jordan Trophy," stands 23.6 inches tall and weighs 23.6 pounds — a nod to the former player's jersey number and number of titles he won. The trophy is full of nods to Jordan, who played the majority of his career 90 miles south of Milwaukee with the Chicago Bulls.

The statue was made by Vanguard Sculpture Services. The shop, located in Milwaukee’s 30th Street Industrial Corridor, has manufactured some of the most iconic sculptures in Milwaukee and Wisconsin in recent years, including the popular Bronze Fonz statue in downtown Milwaukee. 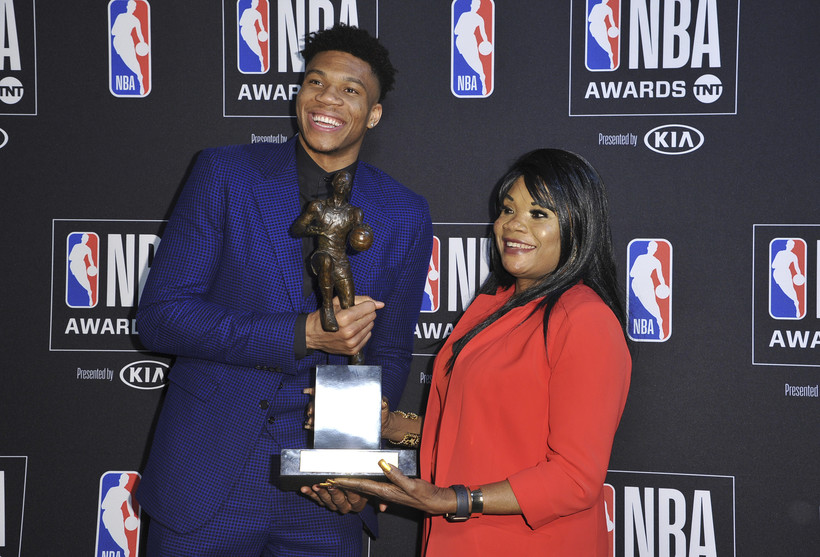 Milwaukee Bucks superstar Giannis Antetokounmpo won consecutive MVP awards in 2019 and 2020. The most recent "KIA Race to the MVP Ladder" has Antetokounmpo as one of the top players with chances of winning the award this year. Sports betting websites also list Antetokounmpo among the favorites to win the award again.

Shop was sworn to secrecy

Nolte said the shop was sworn to secrecy when they were approached to help make the sculpture about six months ago. They didn't know it would be the new MVP trophy at first.

The design was handled by Mark Smith, the retired Vice President of Innovation Special Projects at Nike, Inc. Smith collaborated with Jordan on the design.

"Not every award is sculptural or doesn't quite reach the level of sculpture, but this one does," Nolte said. "It bridges that gap between sculpture and award."

The sculpture process Vanguard Sculpture Services follows is a long and intricate one, involving a total of nine steps, which are completed by every member of the staff at the shop.

The league’s MVP will now be awarded The Michael Jordan Trophy, bearing the name of the NBA legend widely regarded as one of the greatest players of all time. During his career, Jordan was MVP five times. pic.twitter.com/cWvKXSeQxN

Nolte said Smith's intention was not to have the statue represent any one particular player. But Nolte said if you look closely enough, you can recognize Jordan from the gesture of the individual.

"The job of art and of sculpture is to let there be enough empty space for the viewer to add their own meaning," he said. "So the artist's intention was that the recipient of the award would be able to put themself in the place of the figure represented here, so it's not anyone in particular."

Vanguard Sculpture Services made five total trophies — one for each of the next five years — so it's quite possible the award could stay in the city it was made in.

"If the trophy were to stay in Milwaukee, that would be great," Nolte said. 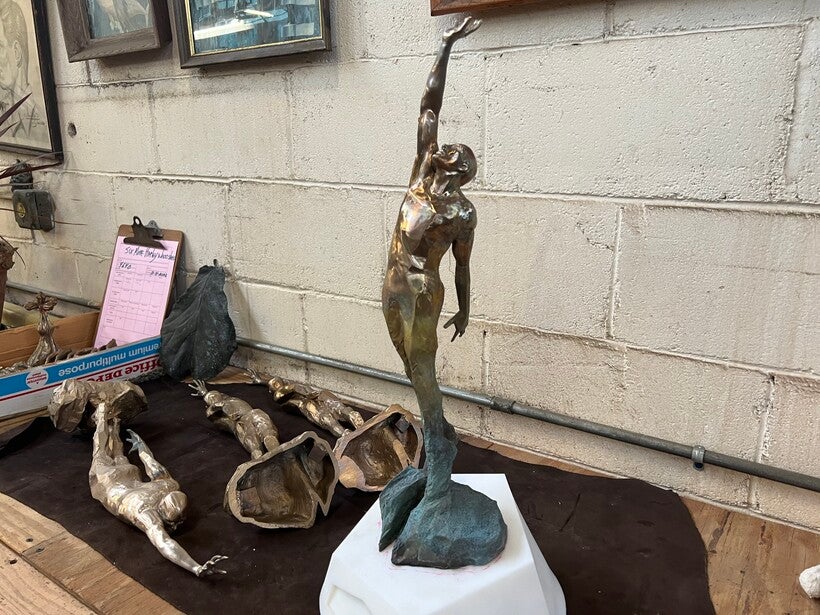 How it was made

The first step is simple — the artist created a model outlining the concept for the sculpture.

The shop then made a mold by painting silicone rubber on the outside of the figure.

"It reproduces the detail down to fingerprint size," Nolte said.

They then build a plaster shell over the silicone rubber, which is the container to pour the wax into. They allow the wax to freeze on the sides, pouring out the liquid center, so it's a hollow object. The next steps involve a deeply specific and detailed process, which includes pouring hot metals at 1,350 degrees. 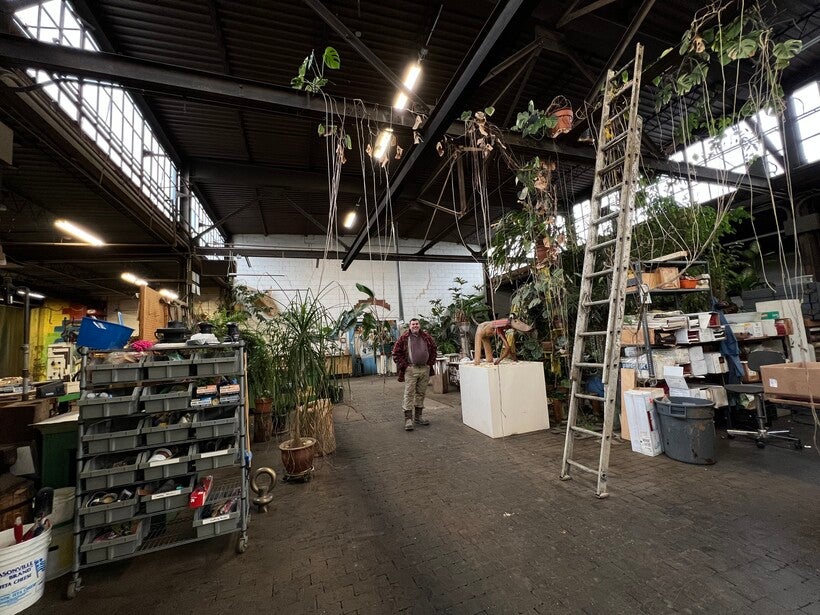 When the statue was finally completed, Smith came in to make a few adjustments.

"He came in and picked up a pencil grinder and a carbine burr, and he improved on the original, by cutting in sharper detail," Nolte said.

Smith also came in to help with the patina of the trophy, which Notle said is a chemical coloration of the metal.

"The bronze will last about 4,000 years, but the patina needs to be maintained every few years," Nolte said.